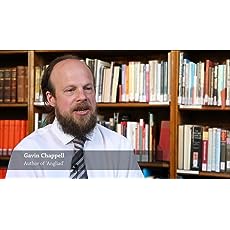 Follow to get new release updates and improved recommendations
Gavin Chappell was raised by a pack of friendly cats in suburban England and now lives near Liverpool.

After studying English at the University of Wales, he went on to work in leisure before he drifted into teaching and spent the next decade trying to drift out again.

He is editor of Schlock! Webzine (www.schlock.co.uk). Someone has to be.
Read more 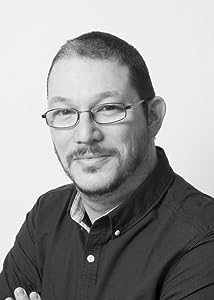 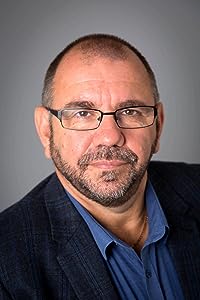 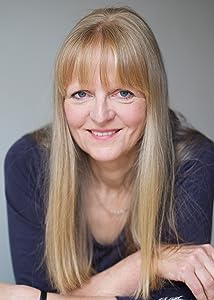 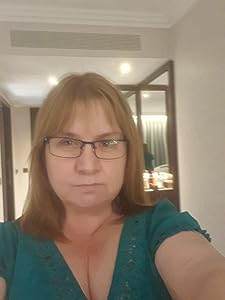 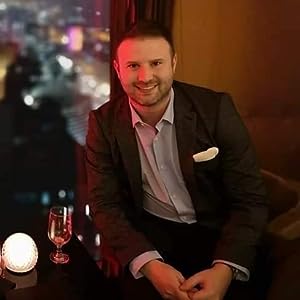 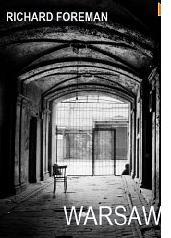 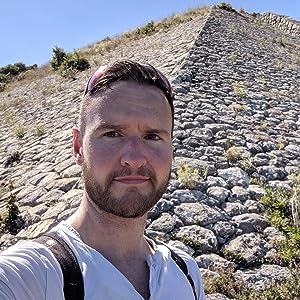 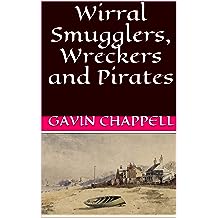 Wirral Smugglers, Wreckers and Pirates 22-Jan-2014
by Gavin Chappell
( 6 )
£0.77 £7.32
The first authoritative, illustrated, full-length account of smuggling and related activities in Wirral. Covering the eighteenth and nineteenth centuries, it represents the first book-length account concerning this important chapter in Wirral's heritage. Not only does it describe familiar facts in great detail - Mother Redcap and her smugglers' tavern on the Wallasey shore, the labyrinth of smugglers' tunnels stretching from the Red Noses in New Brighton throughout Wallasey, and the wreckers who used to prey upon Liverpool-bound shipping - it also covers the less well-known aspects of Wirral's piratical past, including smuggling in Parkgate and Heswall, and the swashbuckling adventures of Captain Fortunatus Wright - the Wallasey privateer.
Read more
Other Formats: Paperback 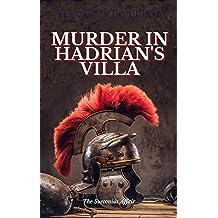 Imperial agent Gaius Flaminius Drusus is working undercover as a tribune in the Praetorian Guard. His remit is to investigate the death of Rufinus Crassus, the senator who died mysteriously after his assassination attempt on the emperor Hadrian.


Commissary Centurion Probus thinks the senator was murdered by his fellow conspirators to keep him silent. Identifying the murderer takes them only a short time, but the investigation becomes more complicated when the murderer is poisoned, and Flaminius finds himself under suspicion. The empress gives him five days in which to identify the poisoner.


Can Flaminius identify the poisoner? And at the same time root out the conspirators before they can make a fresh bid for power? Or will he be tried and executed for murder?

The sequel to “ON HADRIAN’S SECRET SERVICE.”
Read more
Other Formats: Paperback 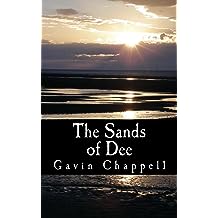 THE SANDS OF DEE is a collection of legends and traditions recorded in or about the Wirral Peninsula, from Celtic and Viking prehistory, through tales of medieval banditry, smuggling, wrecking and highway robbery, to such urban legends as the Phantom Hitchhiker of Spital and the Prenton Dolls' House.

Retold by the author of WIRRAL SMUGGLERS, WRECKERS AND PIRATES.
Read more
Other Formats: Paperback 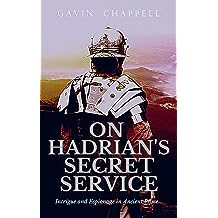 In a murky world of mystery and espionage, a Roman soldier discovers a plot to murder Emperor Hadrian...

AD 120. A new emperor is on the throne. In Britain, Gaius Flaminius Drusus, auxiliary tribune of the Ninth Legion, survives an attack by barbarians only to find himself flung into a world of mystery and intrigue when he is seconded to the Roman secret service. Plots and counterplots are brewing. The sinister Caledonian druids are planning something. But also acting suspiciously is the Roman governor, Falco.

When he uncovers a plan to assassinate the emperor, Flaminius finds himself outlawed and on the run. Accompanied by a Celtic warrior woman he sets out on an epic journey from the edges of empire to its pulsing heart, followed by a final chase through the secret tunnels beneath Hadrian’s Villa.

And disaster strikes when it is least expected…

The first in a series, ON HADRIAN’S SECRET SERVICE is a gripping story of espionage and conspiracy, - for fans of Simon Scarrow, Ben Kane, Harry Sidebottom, and Conn Iggulden.

‘…a good novel of the genre…’ Brian Turner (Goodreads reviewer) 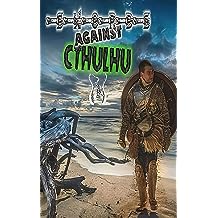 Sword and sorcery in the aeon of Cthulhu Rising!

‘The sciences, each straining in its own direction, have hitherto harmed us little; but some day the piecing together of dissociated knowledge will open up such terrifying vistas of reality, and of our frightful position therein, that we shall either go mad from the revelation or flee from the light into the peace and safety of a new dark age.’

Picture a future Earth, a savage world where science is jettisoned in favour of primitive superstition, where technology has become the idol of a new religion. A world where the truth of Cthulhu has been revealed, where a lunatic humanity has discovered its true insignificance—the punchline in a cosmic joke.

A new dark age has descended upon a species that has learnt too much. Science and superstition and the sorcery of the Mad Arab create a world where only the strong survive, and barbarian warriors battle for existence in a bleak and pitiless universe…
Read more
Other Formats: Paperback 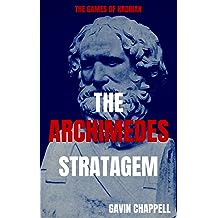 Returning from his clash with the rebels in the Nile Delta, Gaius Flaminius Drusus searches Alexandria for their leader, Arctos. But other forces are at work. Unable to locate his enemy, the imperial agent finds himself accused of plotting against the emperor.

On the run, he must struggle both to clear his name and to expose Arctos. In desperation, he visits a sinister Egyptian temple in hope of aid. After an enigmatic encounter with a mysterious priest, he awakens to find himself marooned on a distant shore.

How can he hope to return to Egypt in time to save the empire from the chaos that will ensue if Arctos' plot is successful?
Read more
Other Formats: Paperback 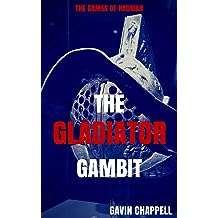 The Roman Empire is celebrating the eighth anniversary of Hadrian’s succession. In Egypt, sacrifices are offered in the temples, chariot races are held in the Alexandrian Hippodrome, and in the arena, ten days of gladiatorial combats are fought in the blazing sun.


Beyond the city, however, lies a turbulent province. Avidius Pollio, legate of the 22nd Legion, fears an uprising. Despite tight security, rebels make inroads from the desert, and robbers and river pirates are at their bloody work in the Delta. The imminent inundation of the Nile does little to allay the legate’s fears, and there are also signs that the province has an enemy within.


Back in Alexandria, stepping out for the first time onto the arena sands is a familiar figure. With Egypt on the verge of rebellion, why has Gaius Flaminius Drusus, imperial agent, begun a new career—as a gladiator? 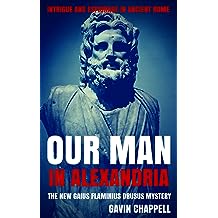 Seconded to the Twenty Second Legion in Egypt, Gaius Flaminius Drusus finds himself plunged into a murky world of religious cults and ethnic hatreds. Investigating the murder of his predecessor, Flaminius is hindered at every turn, despite the assistance of the Egyptian scribe and reformed tomb robber, Ozymandias.


Weakened by fever, he is given only a day and a half to solve the murder by the legate, who requires his services fighting desert raiders. Desperate to close the case, he infiltrates the horrific rites of an underground cult only to find himself accused of murder.


The latest instalment in the ON HADRIAN’S SECRET SERVICE series…
Read more
Other Formats: Paperback 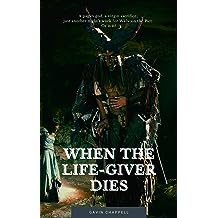 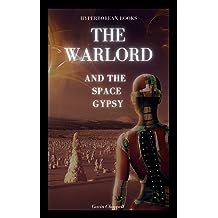 Marooned on the planet Sporn, the star tramp Lod Jovis scavenges space wreckage in the hopes of buying passage aboard a visiting space freighter.

One particularly promising piece of salvage turns out to be an escape podule containing the barbarian Kroom, a Terran warlord out of galactic prehistory. And thanks to Lod’s attempts to turn a dishonest galacticredit both barbarian and star tramp are sent on a perilous mission to the planet’s dark side.


Will Lod and Kroom find the Place of Power? How will they survive the crippling sub-arctic cold of Sporn’s dark side? Will they ever escape? Or are they cursed to a miserable death on a benighted planet a long, long way from the space lanes?
Read more
Other Formats: Paperback 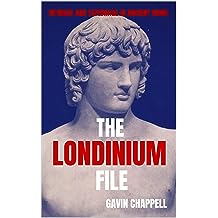 The Londinium File (On Hadrian's Secret Service Book 8) 21-Jun-2019
by Gavin Chappell
( 2 )
£2.29 £12.55
Recalled to Rome by his Chief, imperial agent Gaius Flaminius Drusus meets with a mystery. The Commissary has changed. Probus has vanished. And Flaminius is denounced as an impostor by the man who has replaced him. What has happened to the Commissary? What has happened to Probus? Why was Flaminius recalled? A series of documents provide clues about the whereabouts of the lost treasure of the Dacian kings, and the identity of the thief, but what does this have to do with Flaminius’ own fugitive status? His search for answers will take him from secret vaults beneath the imperial palace to the slave tunnels of Hadrian’s villa, from the scented gardens of Italy to the rolling moorlands of the Caledonian wilds. Flaminius will need all his wits about him as he seeks to uncover a conspiracy against the emperor that now threatens his own life. Part Eight in ON HADRIAN’S SECRET SERVICE
Read more
Other Formats: Paperback 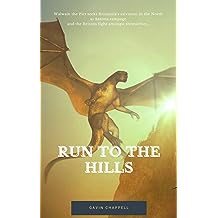 Run to the Hills (Celtic Warrior Book 3) 07-Sep-2020
by Gavin Chappell
£0.77 £5.38
Walwain the Pict seeks Britannia's salvation in the North as Saxons rampage and the Britons fight amongst themselves...
Read more
Other Formats: Paperback