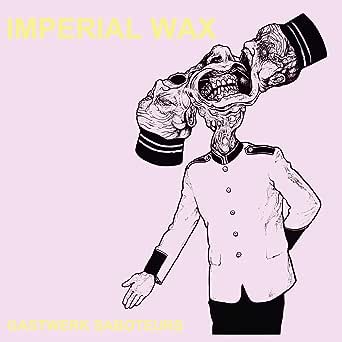 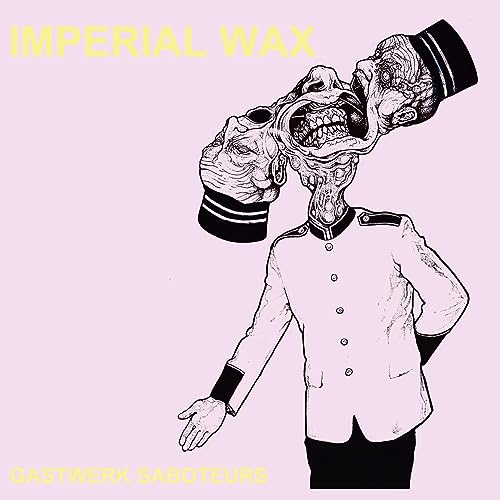 Imperial Wax
17 May 2019
4.7 out of 5 stars 9 ratings
Try now Get a special offer and listen to over 60 million songs, anywhere with Amazon Music Unlimited. Subscription fee applies. New subscribers only. Limited time only. Terms apply.
See all 3 formats and editions Hide other formats and editions
Buy the CD album for £13.52 and get the MP3 version for FREE. Does not apply to gift orders.
Provided by Amazon EU Sàrl. See Terms and Conditions for important information about costs that may apply for the MP3 version in case of returns and cancellations. Complete your purchase of the CD album to save the MP3 version to your Amazon music library.

4.7 out of 5 stars
4.7 out of 5
9 customer ratings
How does Amazon calculate star ratings?
Amazon calculates a product’s star ratings based on a machine learned model instead of a raw data average. The model takes into account factors including the age of a rating, whether the ratings are from verified purchasers, and factors that establish reviewer trustworthiness.
Top Reviews

FABLee
5.0 out of 5 stars Fantastic eclectic post punk from former members of the Fall.
Reviewed in the United Kingdom on 16 June 2019
Verified Purchase
This is a fantastic new album from members of one of the many Fall line ups prior to MES’s passing. They are named after the excellent Imperial Wax Solvent album they recorded. They have recruited a singer / guitarist Sam Curran who is more of a post punk singer than the ranting and shouting MES was famed for so there is a more melodic approach to these songs. Musically there are elements of many of the styles the Fall utilised, from Krautrock to post punk to garage to electro tinged indie. The melodic and (slightly) gentler edge doesn’t mean this isn’t powerful urgent stuff, delivered with a bit of venom. There’s a couple of lengthy tracks with a bit of psych experimentation and an instrumental indie punk jam. If you are a Fall fan give it a go, that’s the reason I was attracted in the first place. If you want a blast of hard hitting post punk and eclectic rock you can’t go far wrong. I’ll go so far as to say this is one of the best albums I’ve heard in 2019 just for how original some of this stuff is. Ignoring the Fall connections for a moment, this is a great album by a great band.
Read more
Helpful
Comment Report abuse

Dinga
4.0 out of 5 stars GREAT STUFF
Reviewed in the United Kingdom on 4 July 2019
Verified Purchase
The 3 remaining members of the obviously now defunct Fall+new singer and guitarist. A recipe for what! Disaster?!?! Bollocks. A fine debut LP and a great live band.
Read more
Helpful
Comment Report abuse

Pete
5.0 out of 5 stars Controlled raw aggression
Reviewed in the United Kingdom on 15 June 2019
Do NOT buy this cd unless you've large arteries...i never want to like everything on anyones albums, im as individual as you are an not intrested in perfection..but if you want challenging aggressive different music then give this a go...does your heart have gears? ..turncoat gives me goose pimples as does barely getting by...those waisted days waiting on your "loved one" ..its as raw an exciting as M.E.S ever was..and personally very emotional..5*
Read more
One person found this helpful
Helpful
Comment Report abuse
See all reviews from the United Kingdom

Happy Bunnies Go Fluff Fluff
5.0 out of 5 stars Love this album
Reviewed in the United States on 30 June 2019
Verified Purchase
I wasn't sure what to expect. Great band and I hope this not a one-off
Read more
Helpful
Sending feedback...
Thank you for your feedback.
Sorry, we failed to record your vote. Please try again
Report abuse