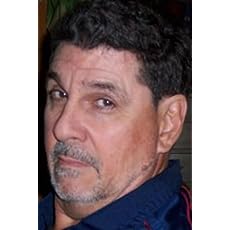 Follow to get new release updates and improved recommendations
Gary Beck has spent most of his adult life as a theater director, and as an art dealer when he couldn't make a living in theater. He has 11 published chapbooks and 1 other accepted for publication. His poetry collections include: Days of Destruction (Skive Press), Expectations (Rogue Scholars Press). Dawn in Cities, Assault on Nature, Songs of a Clerk, Civilized Ways (Winter Goose Publishing). Perceptions and Displays will be published by Winter Goose Publishing. His novels include: Extreme Change (Cogwheel Press) Acts of Defiance (Artema Press). Flawed Connections has been accepted for publication (Black Rose Writing). His short story collection, A Glimpse of Youth (Sweatshoppe Publications). His original plays and translations of Moliere, Aristophanes and Sophocles have been produced Off Broadway. His poetry, fiction and essays have appeared in hundreds of literary magazines. He currently lives in New York City 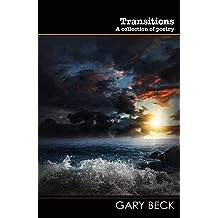 Transitions: A Collection of Poetry 06-May-2019
by Gary Beck
£3.99 £8.99
Transitions is a poetry collection that looks at the rapid and gradual changes taking place in our society.

"We love the poems from Transitions." - Tower Journal

"We are thrilled with the poems." - Poeming Pigeons Anthology 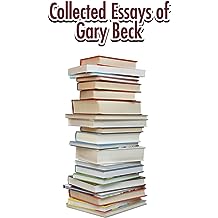 Collected Essays of Gary Beck 18-Aug-2020
by Gary Beck
£2.26
A collection of political, social, economic and cultural essays that explore current conditions in a troubled world.A collection of his best essays with concerns for modern world and its interaction with the government body that rules over it.
Read more
Other Formats: Paperback 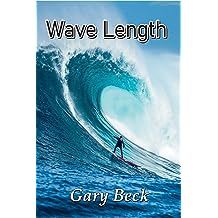 Wave Length 04-Jul-2020
by Gary Beck
£4.00 £16.26
Wave Length follows Mike Sanchez, a Mexican-American boy, as he grows up in a run down trailer camp in a small Southern California beach town. Despite blond hair and blue eyes he s stigmatized for his Hispanic last name. He delivers newspapers until the paper goes online. His mother s boyfriend kicks him out of the trailer, then he lives on the beach where he becomes fascinated by surfing. A job in the Wave Length surf shop transforms him as he becomes a surfer, develops talents and abilities as he builds a meaningful life.
Read more
Other Formats: Paperback 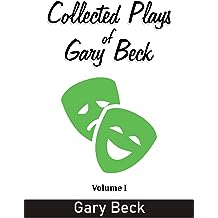 Collected Plays of Gary Beck 28-Jun-2020
by Gary Beck
( 1 )
£4.04 £15.95
The interracial social issue dramas are challenges to our times to remind us to be human. Threeof the plays were produced for traditional theater going audiences. The Visit had several stagedreadings. As well as a six week run at an Off Broadway theater, T’Gether also toured isolatedcommunities with performances for culturally deprived and disadvantaged audiences.
Read more
Other Formats: Paperback 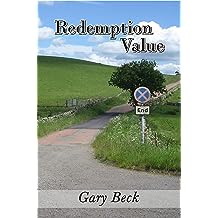 Redemption Value 23-May-2020
by Gary Beck
£2.48 £12.33
The poems provide an ample proof that the poet is full of powerful imagination and profound feelings. The style in all these poems is quite simple devoid of any artificial vocabulary.
Read more
Other Formats: Paperback 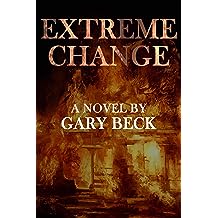 Extreme Change 02-Apr-2020
by Gary Beck
( 4 )
£4.81 £12.85
A middle-class family flees the crime and poverty of Detroit for a fresh start in New York City. A fire leaves them homeless and they are forced into a public system that is a nightmare and broken. Determined to save her family, Beth fights against homelessness and a violent gang, with the hopes of starting a new life.
Read more
Other Formats: Paperback 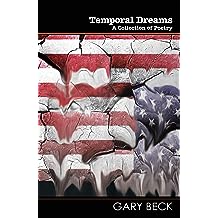 Temporal Dreams: A Collection of Poetry (Wordcatcher Modern Poetry) 12-Feb-2020
by Gary Beck
£3.99 £8.99
Temporal Dreams is a poetry collection that explores the complex, conflicted world we live in. Beck comments on America's troubled past of international conflict and the War on Terror.

Beck explores the pressure to fit into society, a pressure made more extreme by rapid change. He explores the results of this struggle including issues with sleep, unachievable beauty standards and health.

Beck's poems challenge the reader to reflect on their own temptations, obsessions and preoccupations with material things.
Read more
Other Formats: Paperback 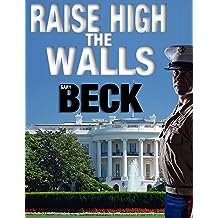 Raise High the Walls 03-Feb-2020
by Gary Beck
£3.12
General Sam Hanson, U.S.M.C., now National Security Advisor to President Plant, with the support of his comrades and loyal subordinates, starts rebuilding America's place in the world; Canada and Mexico first.
Hanson organizes a search for threatening nuclear material in the homeland and finds some in the Pakistani embassy in Washington, D.C.
and the Iranian Mission in NYC and he forces their removal.
On a friendship building trip to Nicaragua al-Qaeda terrorists incite the locals to attack the Vice-President's and Secretary of State's convoy.
Hanson leads a desperate defense and they're rescued after suffering terrible casualties. Hanson and his comrades are determined to protect their country as they face the ongoing war on terror.
Read more
Other Formats: Paperback 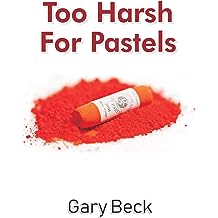 Too Harsh For Pastels 03-Jan-2020
by Gary Beck
£2.29
A study of these poems will help us the better to understand the poet's creative aspirations, the delicate and subtle felicity of expression. The poems reveal an impressive intensity of experience. The poems reveal the poet's impressive breadth and vigor of imagination.
Read more
Other Formats: Paperback 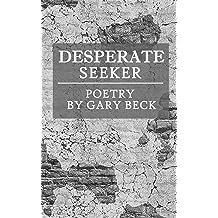 Desperate Seeker 16-Dec-2019
by Gary Beck
£4.49 £8.40
The latest collection by Gary Beck, Desperate Seeker, takes you down the path of the difficult life we face in the form of poetic muse and heartbreaking reality.
Read more
Other Formats: Paperback 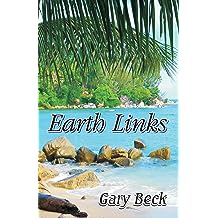 Earth Links 14-Dec-2019
by Gary Beck
£2.24
The most striking feature of these poems included is an easy and natural style which is quite attractive and impressive for the readers. An intense imaginative power in these poems draws its sustenance from the poet dreaming great dreams.
Read more 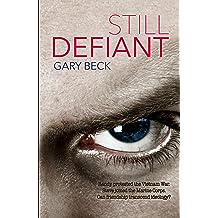 Still Defiant 10-Dec-2019
by Gary Beck
£3.99 £9.99
The Pierce family took in disadvantaged youth, Steve Genelli, for the summer and he and Randy Pierce became lifelong friends. They played junior tennis, had summertime adventures and went to Yale.

As the two friends matured, their world views began to conflict. Randy protested the Vietnam War, while Steve joined the Marine Corps. However, when an explosion in an underground bomb factory sent Randy into hiding, an act of friendship ensured he found safety with Steve in the East Village.

Reunited as a team, they work at a local community center, where they face a rent strike with their slum landlord and eviction. The pair work with homeless youths, until some of the kids get into serious trouble and the program faces closure. Can Randy and Steve resolve the crisis to find another way to work with disenfranchised teenagers.

Gary Beck's follow-up to Acts of Defiance continues the story of a turbulent friendship. As the relationship evolves in the shadow of the Vietnam War, Beck asks, can friendship transcend ideology?
Read more
Other Formats: Paperback