<![endif]--> Skip to main content
and over 8 million other books are available for Amazon Kindle .
Share
Have one to sell?
Sell on Amazon
Flip to back Flip to front
Listen Playing... Paused   You're listening to a sample of the Audible audio edition.
Learn more
See this image 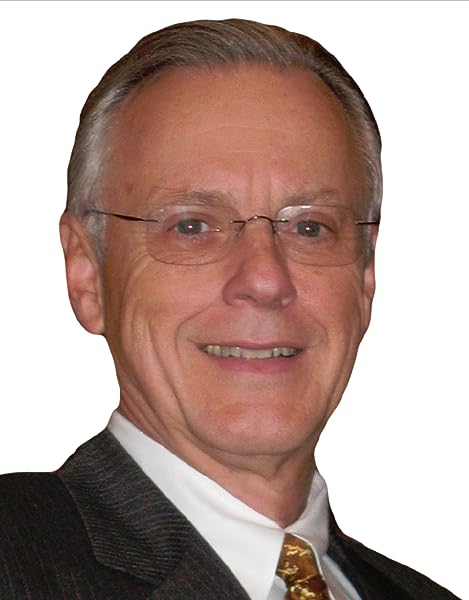 GOD IS AT WORK: How God Is Transforming People and Nations Through Business Hardcover – 17 Jan. 2006

Deals with an emerging missions movement, one in which Christians are meeting significant spiritual and economic needs in the developing world.

4.7 out of 5 stars
4.7 out of 5
13 customer ratings
How does Amazon calculate star ratings?
Amazon calculates a product’s star ratings based on a machine learned model instead of a raw data average. The model takes into account factors including the age of a rating, whether the ratings are from verified purchasers, and factors that establish reviewer trustworthiness.

Ned
5.0 out of 5 stars This book oozes original thinking; I'm so glad I read it.
Reviewed in the United States on 26 January 2006
Verified Purchase
My wife,Debby, and I were at an Alliance Defense Fund conference at Sedona, AZ, having breakfast with other ADF supporters. The conversation turned to poverty and I started giving ideas from a book I was reading by a popular economist who hangs out with Bono and predicted an end to world poverty in 20 years if we just give a bit more, and in a smarter way, to poor countries. The older gentleman sitting next to me said, "That's completely wrong!" and started to explain how much America has given with such poor results.

Of course, I'm not one to be put off, so I said (as the famous economist had said) that America hadn't really given nearly as much as was committed and as I started to explain, the gentleman more loudly said, "That's completely wrong!!" Then he spoke for about ten minutes, explaining how capitalism without a foundation of moral stability (such as the new Russia) almost always fails. I had to agree with that. Then he spoke about how just learning the rules of business isn't enough, how people who have their hearts changed by a relationship with Jesus do so much better in capitalism. I had to agree with that too.

Till he was done talking, I'd completely refuted everything I'd previously said and was agreeing with him wholeheartedly, knowing how dopey that made me look. As he wound down, he looked at me and said, "Sorry I got so enthusiastic there, I've just written a book on the subject and am pretty excited about it."

Debby and I laughed and laughed as we remembered the situation, as did the others at the table. Me just plodding along, trying to explain the situation to a world expert. Oh well, at least it's not boring being me.

As I read the book written by my breakfast companion, Ken Eldred, I was amazed by both his background and the fundamental shift in world missions he predicts. He examines the model of traditional missionaries, looking at the high cost, the number of countries where they are not welcome and how there are often hard feelings by locals about rich foreigners living in their area with no visible means of support. I've struggled with these problems regarding traditional missions as well. He also notes the sense of diminishing returns from traditional missions.

On the other hand, almost every country wants economic development. He postulates that businesses run by Christians can affect an incredible numbers of lives. These Kingdom businesses work toward a triple bottom line: profits and sustainability; local jobs and wealth creation; and advancing local church and building spiritual capital (honesty, service, excellence, respect, commitment, value, trust, loyalty and quality). These Kingdom businesses may be tiny one-person operations or huge companies, but this important trend could be one of the greatest mission endeavors ever. He outlines the many ways business people can be involved in this type of work. I'm excited about how I might join in this trend, in some capacity or another, and think anyone else thinking about these issues would benefit by reading this book.

Felicite Pinkston
5.0 out of 5 stars Required text book for graduate course
Reviewed in the United States on 15 March 2016
Verified Purchase
This is an excellent book. I had to purchase it as a textbook for my master's degree class. I'm glad the instructor required this book. It was a very good and I enjoyed reading it.
Read more
One person found this helpful
Helpful
Sending feedback...
Thank you for your feedback.
Sorry, we failed to record your vote. Please try again
Report abuse

Kyra
5.0 out of 5 stars Great!!!
Reviewed in the United States on 28 December 2016
Verified Purchase
For anyone and everyone especially if you love the Lord. You could feel his sincerity and see his transparency. This was a really great read and empowering.
Read more
One person found this helpful
Helpful
Sending feedback...
Thank you for your feedback.
Sorry, we failed to record your vote. Please try again
Report abuse

Amazon Customer
5.0 out of 5 stars Great book and read
Reviewed in the United States on 11 June 2014
Verified Purchase
Ken Eldred makes the clear the point that we are all in "full-time" ministry if we are serving Christ. The believer called to serve in the business realm has an incredibly high calling and responsibility to the Kingdom and a tremendous opportunity to glorify God that those who work inside a church do not. We are all called to serve Christ full-time no matter where he places us.
Read more
Helpful
Sending feedback...
Thank you for your feedback.
Sorry, we failed to record your vote. Please try again
Report abuse

G. Venable
5.0 out of 5 stars Five Stars
Reviewed in the United States on 22 December 2014
Verified Purchase
one of the best books i have read in the last few years
Read more
One person found this helpful
Helpful
Sending feedback...
Thank you for your feedback.
Sorry, we failed to record your vote. Please try again
Report abuse
Load more international reviews

H. Bowles
4.0 out of 5 stars Business as Missions
Reviewed in the United States on 6 May 2007
Verified Purchase
A good introduction to an evangelistic strategy that uses buisness to promote missions. For those who are new to the field of microcredit finance and kingdom business, this is an easy read that will provide a satisfactory overview.
Read more
One person found this helpful
Helpful
Sending feedback...
Thank you for your feedback.
Sorry, we failed to record your vote. Please try again
Report abuse
Load more international reviews

Shalandir
3.0 out of 5 stars Stories of a Christian Businessman: Luck, God, or Acuity?
Reviewed in the United States on 17 January 2015
Verified Purchase
Regardless of how you look at it - from a business or Christian (or Christian business) perspective, this book is merely mediocre at conveying it's message. It is a chain of Ken Eldred's rambling stories and successes with no clear examples for replicating them, or worse - he confuses business acumen with God's divine blessing in such a way as to take credit for God's work.

Somehow, through the lack of business savvy demonstrated by his contradictory messages (should we hire only Christians like his Indian company, or not as he later mentions you cannot be a witness without others to witness to?) and unforeseen rabbit trails (who edited/organized the chapter layout?), he does manage to offer the same generic message of many other Christian businessmen and women: work hard, pray a lot, listen for that still small voice to guide you. If you buy it for the purpose of stories from a rich Christian getting richer through book sales, enjoy. If you buy this book to learn how to best be a Christian businessperson, what few suggestions it provides are going to reiterate what you already know.
Read more
Helpful
Sending feedback...
Thank you for your feedback.
Sorry, we failed to record your vote. Please try again
Report abuse