Flip to back Flip to front
Listen Playing... Paused   You're listening to a sample of the Audible audio edition.
Learn more
See all 4 images 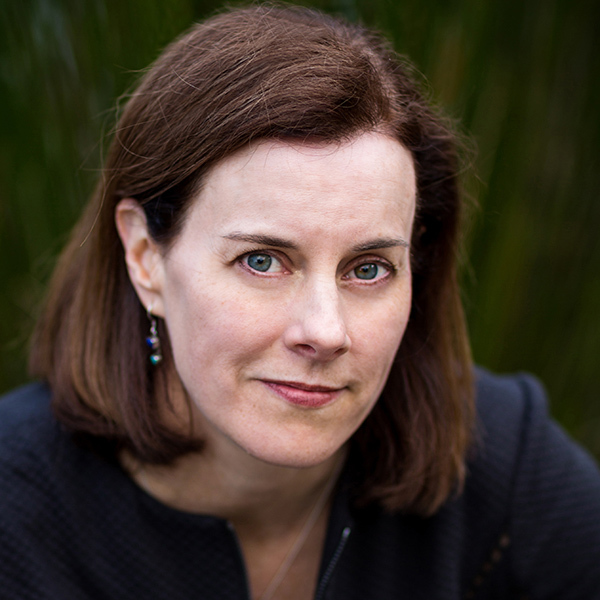 The Floating Theatre: This captivating tale of courage and redemption will sweep you away Hardcover – 15 Jun. 2017

Fastest delivery: Thursday, Aug 13
Order within 21 hrs 29 mins Details
Note: This item is eligible for click and collect. Details
Pick up your parcel at a time and place that suits you. How to order to an Amazon Pickup Location? Learn more
Read more Read less

An engaging story with lovely detail and moments of comedy, The Daily Mail

The Floating Theatre is both a dear love story and a page-turning adventure about the Underground Railroad-and an unwilling participant. An extraordinary cast of memorable characters gives this book irresistible appeal while the setting on the watery boundary between North and South places them in dangerous and morally ambiguous territory. A captivating, thoughtful and unforgettable read. -- Kathleen Grissom, author of The Kitchen House and Glory over Everything

Martha Conway, award-winning US author of 12 Bliss Street and Thieving Forest, explores the complex moral dilemmas of slavery, compromise and betrayal in a powerful and gripping novel of ideas, emotions and dramas. The Floating Theatre is an ingenious production, a gripping, atmospheric adventure story, packed with secrets and treachery, but with flashes of leavening light humour and with a strident anti-slavery message at its moral heart...a fascinating, gritty and enlightening glimpse of the realities of life on the showboats in the early to mid-19th century, the terrible plight of slaves in the southern states and the risks taken by all those determined to fight for the cause of freedom., Lancashire Evening Post

Set in 1837 and shy seamstress May Bedloe takes on a job on the wondrous Floating Theatre, a flat boat that sails the Ohio river performing plays to townsfolk. But the reappearance of a couple from May's past threatens everything she has worked for, The Bookseller

It is part of Martha Conway's gift as a writer to weave stories from the richest and most interesting periods of American history. Set on a nineteenth century floating theatre on the Ohio River, The Floating Theatre is a riveting and atmospheric novel about slavery, betrayal and redemption, with a memorably forthright heroine, and a plot as fast flowing and twisty as the river itself. -- Louisa Treger, author of The Lodger

Engaging, involving and powerful, The Floating Theatre transported me to a world that, thankfully, has passed - one filled with danger, fear and barbarity, but also excitement, passion and romance. With May by your side, take a ride on the Floating Theatre and explore the rivers of America - you'll be glad you climbed on board., The Bookbag

The Floating Theatre was just as amazing as its beautiful cover promised., The Misstery

Engaging, involving and powerful, The Floating Theatre transported me to a world that, thankfully, has passed - one filled with danger, fear and barbarity, but also excitement, passion and romance. With May by your side, take a ride on the Floating Theatre and explore the rivers of America - you'll be glad you climbed on board., The Bookbag

This is a very unique premise and setting for a story. This is a fascinating if dark time of history and the fact that the river was so symbolic in the fight and the story did make me want to go and read more. And that cover - seemingly hand stitched - was gorgeous., The Book Trail

The Floating Theatre was a pleasure to lose myself in. Martha Conway writes very likeable, colourful characters who get themselves into rather nasty fixes. Politics aside, it's a very compelling story that I found hard to put down., Seeing the Lighter Side

Martha Conway has been nominated for an Edgar Award and won the North American Book Award for Best Historical Fiction. Martha teaches creative writing for Stanford University's Continuing Studies Program and UC Berkeley Extension. Born in Cleveland, Ohio, she is one of seven sisters. She now lives in San Francisco with her family.

3.9 out of 5 stars
3.9 out of 5
35 customer ratings
How does Amazon calculate star ratings?
Amazon calculates a product’s star ratings based on a machine learned model instead of a raw data average. The model takes into account factors including the age of a rating, whether the ratings are from verified purchasers, and factors that establish reviewer trustworthiness.

Midgebear
TOP 500 REVIEWERVINE VOICE
4.0 out of 5 stars Riverside Entertainment
Reviewed in the United Kingdom on 9 November 2017
Verified Purchase
This tale is as sumptuous as the cover would have you believe. Indeed, so rich in detail is it that you almost feel that you can smell that river mud.

The Floating Theatre follows the lives of May Bedloe and her cousin Comfort Vertue. From the theatres of New York they journey to get to St. Louis where the ageing Comfort has been promised a place in the troupe of one of the theatres. The river trip is doomed to end in failure as the Captain overstokes the boilers in his haste to run the fastest time between piers and an explosion ensues. Stranded in a strange town with all their belongings lost May is just grateful that she and her cousin have survived.

Plying her trade as a seamstress gets May accepted on to Hugo and Helena's Floating Theatre. A barge-like vehicle which travels on the Ohio River which splits the Free North States and the Slave South States; they call in at small towns down the river and provide a vaudeville style entertainment for 20 cents a person (a dime for the children).

Told from May's perspective the story races ahead at a strong trot and her voice is so clear and strong by the end of the book you believe you know this young woman. From her unfortunate propensity to say whatever she thinks, no matter how inopportune, to her unique view of the people she lives cheek by jowl with; May is a full and completely empathetic character. Even the minor characters within the book, such as Celia, are brought to life.

Although a large portion of the book deals with the Slave Trade within the States in the early - mid 1800s the most vivid passages are definitely dealing with life on the boat and the productions. It gives a good sense of the views in both the Northern and Southern States on Slaves and their treatment without overegging the pudding.

I thoroughly enjoyed this novel and was sad to reach the last page and exit this glowing world.

The booktrail
TOP 1000 REVIEWER
4.0 out of 5 stars Set along the river towns of Ohio
Reviewed in the United Kingdom on 17 June 2017
Verified Purchase
This is a very unique premise and setting for a story. The daily life on a showboat floating on the Ohio river, gives a real insight into the coastal small villages and the people who worked on the border of such a political divide. I’ve read other titles about what went on during the times of the underground railway and found this to be a unique angle with the boat moving up and down the river so you could see changes in nearby villages as well as (political ) currents.

The book does focus more on the theatre than on the serious issues of the time though and so it reads quite charmingly and I was enthralled by life on the steamer, the daily rehearsals and shows. The insight into each new town they stopped at and the small insular world on board which mirrored life outside.

This is a fascinating if dark time of history and the fact that the river was so symbolic in the fight and the story did make me want to go and read more. The story is seen and told through May’s eyes, the seamstress on the boat and so her naivety and coming of age story take centre stage so to speak.

And that cover – seemingly hand stitched – was gorgeous.
Read more

Mary J
4.0 out of 5 stars Slavery and the theatre
Reviewed in the United Kingdom on 29 July 2017
Verified Purchase
Interesting story-woven around a floating theatre and the life of the slaves and how the two effects the life of a talented young woman trying to rebuild a new life for herself. The personalities of the actors on the show boat are well done and their stories. I enjoyed getting to know the characters as the story enfolds.
Read more
One person found this helpful
Helpful
Comment Report abuse

Mig Bardsley
4.0 out of 5 stars A very good read
Reviewed in the United Kingdom on 1 September 2017
Verified Purchase
A colourful yarn, many interesting characters and some heartrending and convincing descriptions of the cruelties of slavery and the dangers of the underground railroad. The heroine, May Bedloe is cleverly portrayed as somewhat on the autistic spectrum in an age when the condition hadn't been labelled. A very good read.
Read more
Helpful
Comment Report abuse

Helen P
5.0 out of 5 stars Loved it!
Reviewed in the United Kingdom on 18 October 2017
Verified Purchase
A fabulous story, so well told you won't want to put it down. Totally believable characters, you will love the goodies and hate the baddies! I do so hope there is to be a sequel Martha Conway.
Read more
Helpful
Comment Report abuse

Ms Frog
3.0 out of 5 stars Not bad.
Reviewed in the United Kingdom on 28 July 2017
Verified Purchase
A decent read, engaging enough. It wasn't thrilling or particularly moving but it kept my interest enough to carry on reading to the end.
Read more
One person found this helpful
Helpful
Comment Report abuse

Amazon Customer
4.0 out of 5 stars A real page turner
Reviewed in the United Kingdom on 20 November 2018
Verified Purchase
A story of self discovery - worth a read
Read more
Helpful
Comment Report abuse
See all reviews from the United Kingdom
Unlimited One-Day Delivery and more
Prime members enjoy fast & free shipping, unlimited streaming of movies and TV shows with Prime Video and many more exclusive benefits.
> Get Started