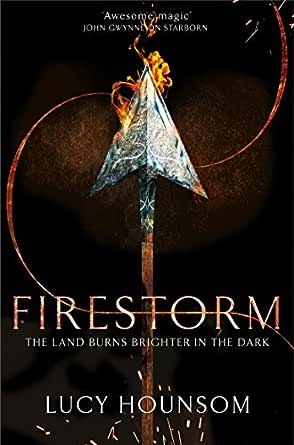 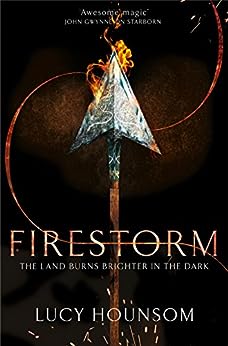 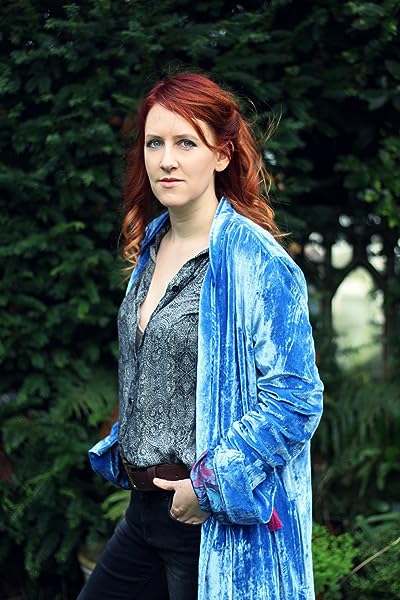 What a mix: immersive world-building, secret societies, a flawed and hugely likeable protagonist, and awesome magic (John Gwynne on Starborn)

A brave heroine, a perilous destiny, and an intriguing world full of myth and mystery make for an enthralling read (Gail Z. Martin on Starborn)

A wide-screen fantasy extravaganza with huge stakes (Independent on Starborn)

A tale that both comforts and surprises, and is pleasingly assured for a debut novel (SFF World on Starborn)

A feel similar to authors like Rothfuss, Hobb and Canavan, but a plot line that hearkens back to older classics like Eddings. The great thing is, this isn’t a rehash, this is all Hounsom (Book Frivolity on Starborn)

Strong and engaging . . . Hounsom’s use of characters is quite unique (SFBook.com on Starborn) --This text refers to the paperback edition.

Lucy Hounsom works for Waterstones and has a BA in English & Creative Writing from Royal Holloway. She went on to complete an MA in Creative Writing under Andrew Motion in 2010. She is the author of the Worldmaker Trilogy - Starborn, Heartland and Firestorm. Lucy lives in Devon. --This text refers to the paperback edition.

TO PROTECT HER FUTURE
SHE MUST DEFEND HER PAST
Kyndra has finally mastered her cold Starborn powers – but is it too late? A faction of assassins, who can manipulate time, plan to rewrite the history of Acre. These Khronostians will ensure the Sartyan Empire was never founded. And in this new narrative, Kyndra is never even born.
With her ally Char and the rogue Khronostian Ma, Kyndra resolves to enlist the help of the dragons, banished long ago. They must find them first, but together they could generate a huge amount of power. It could propel Kyndra far back in time, to avert the ending of an era. However, Kyndra will be heading towards a terrible confrontation – one that has shaped and will shape the future of her world.

Following Starborn and Heartland, Firestorm is the epic conclusion to the Worldmaker Trilogy --This text refers to the paperback edition.
Read more

4.5 out of 5 stars
4.5 out of 5
16 customer ratings
How does Amazon calculate star ratings?
Amazon calculates a product’s star ratings based on a machine learned model instead of a raw data average. The model takes into account factors including the age of a rating, whether the ratings are from verified purchasers, and factors that establish reviewer trustworthiness.
Top Reviews

Jenny
TOP 1000 REVIEWERVINE VOICE
4.0 out of 5 stars Overly ambitious but still adventure packed
Reviewed in the United Kingdom on 4 May 2019
Verified Purchase
The final book in the trilogy sees Kyndra,now a fully fledged powerful Starborn, take on the Elder as he attempts to change history. Meanwhile, Kyndra's friends and new found allies are battling against the Sartyan Empire which has its greedy sights squarely on Kyndra's homeland.
I must say, i really liked how the Starborn is a being not prone to emotion, especially as said Starborn is female. Finally a young woman who isn't a silly girl in love...oh wait, that does slightly rears its head.
I loved how all the characters return for this final installment, but this isn't a perfect end to the story. The problem lies within the time travel story. Kyndra's travels in time to ensure that the previous Starborn DOES go mad, that Acre is split...thus ensuring her existence and everyone she knows. However you cannot get away from the time paradox. Basically, if this has already happened (previous events are explained leaving no doubt that Kyndra has indeed ALREADY been into the past) then why does she need to do it again? Unfortunately, the ending of the book comes off as something of a muddle as Hounsom tries to knit together both the Elder & Sartryan storylines. Overall a strong work but weakened by the necessity of tying up loose threads.

Michele
5.0 out of 5 stars Deeply satisfying - I said this a lot...
Reviewed in the United Kingdom on 22 December 2017
Verified Purchase
What an absolutely perfect ending to this trilogy. Intense, gripping, engaging, and almost impossible to put down. A deeply satisfying conclusion to a deeply satisfying series.

I love Kyndra, and Bregenne, and Nediah, and Ma, and Char - Hounsom has created some very real, believable people and it's been a pleasure spending time in their company.

I'm just sad it's all over now.

Amazon Customer
5.0 out of 5 stars So sad this trilogy had to end!
Reviewed in the United Kingdom on 30 December 2017
Verified Purchase
This is the third and final instalment of the trilogy, and all I can say is I'm sad that I finished the book, because now I'm no longer a part of Acre. The whole trilogy is fantastic, and this book is no different. Read read read!!
Read more
Helpful
Comment Report abuse

Nrxx11
5.0 out of 5 stars A cracking read!
Reviewed in the United Kingdom on 7 January 2018
Verified Purchase
A real readers book. So much to like that I loved it! The fact that I recognise influences should not be seen as a criticism, the trilogy is well thought out, beautifully written and readable. I hope there are more.c
I usually groan when time travel rears its head but, in thus case it works well. I also loved the way the story developed over the three volumes.
Deserves to be a classic!

Grace Barton
5.0 out of 5 stars An amazing series and a thrilling read!
Reviewed in the United Kingdom on 15 December 2017
A much-awaited conclusion to an amazing trilogy.

Much like I did with Heartland, I found this book very hard to put down. The plot is fast-paced, which is no surprise since the story is told from five different viewpoints. However it is not so fast that you lose yourself; it’s paced enough to keep you gripped and eager to know what happens next.

I felt a deep sadness for Kyndra in this book. To see what it means to be a Starborn, and the sacrifice that no longer seems like a sacrifice. I missed the old Kyndra so much, and yet I understood the decision she had to make and admire the strength of will it took her do what she did.

I liked Char much more in Firestorm. Like Kyndra, he has changed so much, but for the better. Maybe it’s because he finally has the answers he sought and knows who he is, but he seems much more relaxed. Still, I also felt sorry for him and how he has lost Kyndra to the fate of a Starborn.

I admired Hagdon a lot in this one. Branded a traitor and made leader of the Republic, he maintained the image of a strong leader throughout, whilst never denying or casting aside the deeds he committed in the past even when they were thrown into his face. His growing affection for Irilin (and vice versa) surprised me. This was also well-written, developing at a steady pace through the story.

As for Bregenne, I loved the way she has grown throughout the series. When Bregenne was first introduced in Starborn, and even still at the end of that book, I found Bregenne to be harsh and cold as ice. Knowing all her story now I understand why she was that way. I also really wished she would slap Kait at some point.

I didn’t feel we got to see much of Nediah in this one. Much of Nediah’s role centred around Bregenne, and battle for his attention from Kait. As such I felt I lost some of my connection to him, though I still cared for what became of him and whether Bregenne would ever finally admit her feelings for him.

I also felt very sad for Gareth. Like Kyndra, his fate was extremely harsh. His face-off with Kingswold was perfectly done, leaving you never entirely sure just who won that battle. The end of his storyline felt a little open to me, leaving me wondering (and hoping) that there may be more yet to write about Gareth and Kingswold.

Overall, I loved the storyline of all three books from beginning to end. The first book, Starborn, was probably the more steady-paced of the three since most of that was told from Kyndra’s view. As the series progressed and more storylines became woven into the tale, the pace naturally quickened, but like before, in a way that did not leave you scrabbling to keep up. The series conclusion was satisfying, if a little sad in places, and yet I understand the decisions and sacrifices that had to be made. It’s been a great journey to read through.