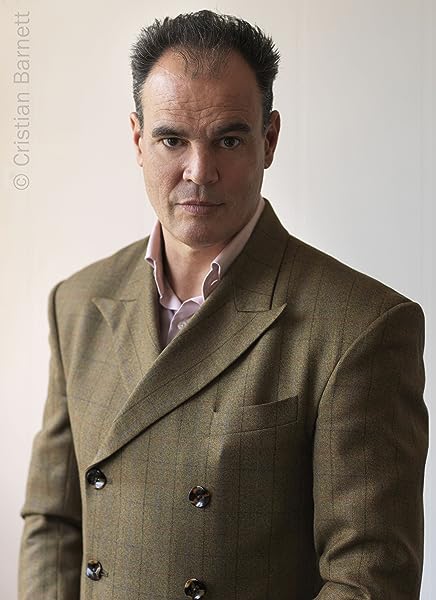 Fastest delivery: Saturday, Sep 26
Order within 2 hrs 23 mins Details
Note: This item is eligible for click and collect. Details
Pick up your parcel at a time and place that suits you. How to order to an Amazon Pickup Location? Learn more
Read more Read less
click to open popover

A rambunctious narrative of venery, theft, death and a devil-may-care braggadocio, its doomed love story undercuts and counterpoints the swagger with a touching melancholy. (Elizabeth Buchan Daily Mail)

Jake Arnott, who is probably best known for excellent novels such as The Long Firm about London gangsters in the 1960s, has done much more than update the work of his 18th-century predecessors. Unlike them, he shows the citizens of Romeville as people, not as folk heroes or bogeymen . . . Arnott explores what poor Bess calls 'the felony of love', a crime that is not on the statute book. The result is powerful, poignant and readable. (Andrew Taylor Spectator)

Jack's awkward courtship of Bess is a highlight of the book - Arnott's best so far - and genuinely moving . . . an astonishingly vivid act of ventriloquy that breathes life into infamous corpses (Mark Sanderson Evening Standard)

The narrative is woven through with vividly portrayed characters, from Bess and Jack themselves to the superbly realised, wonderfully named Punk Alice and Poll Maggot, the transvestite Princess Seraphina; and the mixed-race heavy, Blueskin. Arnott delights too in the secret language of thieves (Wyl Menmuir Observer)

Bawdy and rich with vivid evocations of the past . . . The Fatal Tree is Arnott on beguiling form, with the libidinous Bess a wonderfully multifaceted character. Who would have thought that a cult crime writer would become the Daniel Defoe of our day?

A seductive, cunning tale of crime, punishment and love among the thieves, prostitutes and charlatans of 1720's London. Laced with vibrant detail and deliciously evocative period language, Arnott's atmospheric novel is a Hogarth print come to life . . . With a cast of delightfully convincing characters and lines that are reminiscent of Dickens or Wilde, Arnott has triumphantly breathed life into history - and the result is glorious. (Attitude)

A dazzling mix of fact and fiction . . . the Hogarthian tale of a Harlot's Progress (Jackie McGlone Sunday Herald)

[Arnott's] flair for noir - corruption, menace and the psychosexuality of gangsters - transposes well into "Romeville" . . . He gifts his prig-nappers and pot-valiant bawds the kind of one-liners Moll Flanders would have rejoiced in. (Hermione Eyre Guardian)

A seductive, clever tale of crime, punishment and love among thieves set in 1720s London - Jake Arnott does for the 18th century what he did for the 1960s in his cult hit THE LONG FIRM.

Jake Arnott was born in 1961, and lives in London. He is the author of the THE LONG FIRM, published by Sceptre in 1999 and subsequently made into an acclaimed BBC TV series. His second novel, HE KILLS COPPERS, was also made into a series by Channel 4. He has since published the novels TRUECRIME, JOHNNY COME HOME, THE DEVIL'S PAINTBRUSH and THE HOUSE OF RUMOUR.
Read more