<![endif]--> Skip to main content
and over 8 million other books are available for Amazon Kindle .
Share <Embed>
Have one to sell?
Sell on Amazon
Flip to back Flip to front
Listen Playing... Paused   You're listening to a sample of the Audible audio edition.
Learn more
See this image 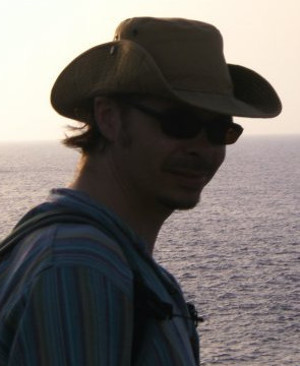 'The quality of Buchanan's writing is nearly peerless. He writes almost as well as long-established authors like Kevin J. Anderson and certainly matches up to the new breed of top fantasy authors such as Scott Lynch... If you are a fan of fantasy, then Farlander is a novel you should go out immediately and buy. Gripping, decent action, and an inspiring new talent, Farlander is the beginning of something special. Highly recommended.' --Civilian Reader

`Bold, fearless in execution, exhilaratingly new and with a steely intensity - there are no signs of nervousness from this debut author...Farlander, then, has staked its claim vociferously - this is series to be reckoned with. Everyone take note.' --Thetruthaboutbooks.com

`Farlander' kicks off Col Buchanan's debut series in some style and promises great things for the future. If you're a fan of blood drenched epic fantasy then this is a series that you should keep an eye on.' --Graemesfantasybookreview.com

'He has a powerful style that made me deeply connect with the story and the pages started to turn by themselves.' --Between Two Books

`Buchanan's voice is distinct, his central character memorably rendered, and the setting for his fiction starkly convincing.'
--The Speculative Scotsman

`Farlander turns out to be something special...Buchanan writes vividly and well, and the story grips form the astonishing opening sequence to the unexpected conclusion. Although his first novel is identified as "Book One of the Heart of the World", unusually Farlander does not end on a cliffhanger but is satisfyingly complete in itself.'
--Lisa Tuttle, The Times

Colin Buchanan was born in Lisburn, Northern Ireland, in 1973. The one constant in his life has been his love of writing. It was writing that lead him to his adopted home of Lancaster, England, where he gained a First in Creative Writing & Religious Studies at the University of Cumbria. In recent years he has mostly settled down, and loves nothing more than a late-night gathering around a fire with good friends. Farlander is the first novel in the Heart of the World series...
Read more
Unlimited One-Day Delivery and more
Prime members enjoy fast & free shipping, unlimited streaming of movies and TV shows with Prime Video and many more exclusive benefits.
> Get Started