Ernest Hemingway on Writing and over 8 million other books are available for Amazon Kindle . Learn more
Share <Embed>
Have one to sell?
Sell on Amazon 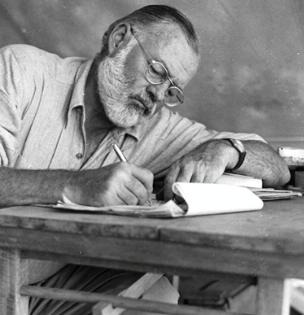 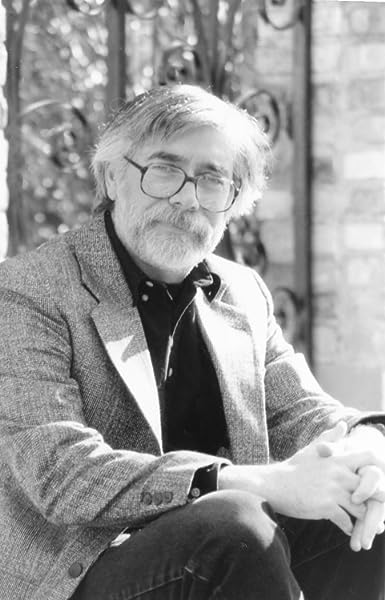 Fastest delivery: Tomorrow
Order within 17 hrs 1 min Details
Note: This item is eligible for click and collect. Details
Pick up your parcel at a time and place that suits you. How to order to an Amazon Pickup Location? Learn more
Read more Read less
click to open popover

Start reading Ernest Hemingway on Writing on your Kindle in under a minute.

Selections from Hemingway's letters, articles, and fiction outline his views on the purpose of writing, and on the qualities of a writer, subjects, characters, and technique.

Ernest Hemingway did more to change the style of English prose than any other writer in the twentieth century, and for his efforts he was awarded the Nobel Prize for literature in 1954. Publication of The Sun Also Rises and A Farewell to Arms immediately established Ernest Hemingway as one of the greatest literary lights of the twentieth century. As part of the expatriate community in 1920s Paris, the former journalist and World War I ambulance driver began a career that led to international fame. He covered the Spanish Civil War, portraying it in fiction in his brilliant novel For Whom the Bell Tolls, and he subsequently covered World War II. His classic novella The Old Man and the Sea won the Pulitzer Prize in 1953. He died in 1961

4.3 out of 5 stars
4.3 out of 5
275 global ratings
How are ratings calculated?
To calculate the overall star rating and percentage breakdown by star, we don’t use a simple average. Instead, our system considers things like how recent a review is and if the reviewer bought the item on Amazon. It also analyses reviews to verify trustworthiness.

I. Jones
VINE VOICE
5.0 out of 5 stars Useful insights into how and why Hemingway wrote what he wrote
Reviewed in the United Kingdom on 16 November 2018
Verified Purchase
As other reviewers have commented, this is not a text book on creative writing. Nor is it an analysis of Hemingway’s style. However, it does give you some insight into how the master approached the job (craft? Vocation?) of writing, what it means to make a living as a writer when you are dependent on opinions, the opinions of readers, critics, other writers. What it means to get up every day thinking today I have to write….how many words?

Much of the material comes from Hemingway’s letters to writers, such as F Scott Fitzgerald, and publishers, and what becomes clear is that although it’s possible for writers to form some kind of fellowship with other writers, ultimately as a writer you are alone, with a blank sheet of paper and a legion of onlookers peering over your shoulder who desperately want you to succeed or fail. Other material is taken from his non-fiction, such as “The Green Hills of Africa” and “Death in the Afternoon”. I only read the former a few weeks ago and I struggled to recognise the extracts, so it was useful to see them again in a new context.
A couple of things struck me:
1. Hemingway’s thoughts on writers he considered great came as a bit of a surprise: Tolstoy, Dostoyevsky, Flaubert, et al. (though it’s notable that there are no women in the list apart from a brief mention of Gertrude Stein). Surprising because Hemingway doesn’t write like any of them as far as I can see. I suppose he developed a unique style by avoiding what they do as in long, complicated novels with multiple plots and perspectives and zillions of characters.
2. He was really sensitive about people delving into his private life, although by the standards of the time, I don’t think there’s anything exceptional there compared to other male celebrities, such as film stars etc: four wives, some heavy drinking and a passion for pastimes beyond the reach of ordinary mortals. However, you begin to get a sense of that paranoia that eventually led him to believe the FBI were tailing him, for which he was prescribed electro-convulsive therapy in the final months of his life. It turned out he was right! The FBI kept a file on him for twenty years.
I’ve read a lot of Hemingway, so there wasn’t much here that surprised me. However, I’ve never read a decent biography, partly because I’m anxious I might learn something I don’t want to know. I’m already aware of the profound criticisms of his writing and his personality, much of which is probably fair, especially from a feminist perspective. And, of course, in the 21st century all that bull fighting and big game hunting is now deeply problematic.
I would recommend this book to anyone who wants to understand how and why Hemingway wrote and who believes that might help them in some way with their own writing. If it inspires you to read some Hemingway or to find a good biography or analysis of his writing, then great. You’ll find that extremely rewarding.

Bobbie
5.0 out of 5 stars Pure gold
Reviewed in the United Kingdom on 17 May 2020
Verified Purchase
What if someone painstakingly went through the whole of Hemingway’s oeuvre (novels, interviews, articles, letters) to find everything he ever said on the subject of writing, then sorted the extracts into 13 categories and bound them together in a little 140-page volume...?
Wow, thanks Larry W. Phillips – this is pure gold. Larry says: “As I brought them together... something unusual happened. Comments apparently made at random, at different times, often decades apart, and in different cities or countries, magically began to fit together like pieces of a puzzle.” Yes, absolutely, and Hemingway’s writing creed is a very marvellous thing. It has me looking back at my note on ‘For whom the bell tolls’ in 2011, unsurprised to find I said: “Wow. A huge book. Up there with War & Peace and Hamlet and a tense, gripping thriller into the bargain. Consummate craft, unwavering sincerity, profound, moving themes.”
Here’s part of the last extract in ‘On Writing’, in the category ‘The writer’s life’: “You must be prepared to work always without applause. When you are excited about something is when the first draft is done. But no one can see it until you have gone over it again and again until you have communicated the emotion, the sights and the sounds to the reader, and by the time you have completed this the words, sometimes, will not make sense to you as you read them, so many times have you re-read them. By the time the book comes out... it is all behind you... but... you read it and you see all the places that now you can do nothing about... Finally, in some other place, some other time, when you can’t work and feel like hell you will pick up the book and look in it and start to read and go on and in a little while say... why this stuff is bloody marvellous.”
Read more
2 people found this helpful
Helpful
Comment Report abuse

Mike
5.0 out of 5 stars Golden collection of Quotes
Reviewed in the United Kingdom on 15 May 2020
Verified Purchase
Just in case you are wondering Hemingway never wrote a book on writing. This is a really well thought out collection of quotes from his books and personal letters which I found really insightful.

My biggest takeaway was the feeling of solace as a writer, that even the great Hemingway himself felt at times a bit of a fraud, and not a very good writer.
Read more
One person found this helpful
Helpful
Comment Report abuse

Malcolm Parkin
3.0 out of 5 stars Not what I expected
Reviewed in the United Kingdom on 23 February 2020
Verified Purchase
I expected - justifiably so from the title - that this would be a book of advice from Ernest Hemingway on how to write, but it was merely an edited collection of extracts from his work, plus letters written by him to various people about his own problems with his own work in progress. Also his letters to other people of the day, criticising or praising other writers.
Not all what I wanted, and rather boring after a while. But others may find it a good enough read.
Read more
One person found this helpful
Helpful
Comment Report abuse
See all reviews
Pages with related products. See and discover other items: john maxwell books
Unlimited One-Day Delivery and more
Prime members enjoy fast & free shipping, unlimited streaming of movies and TV shows with Prime Video and many more exclusive benefits.
> Get Started