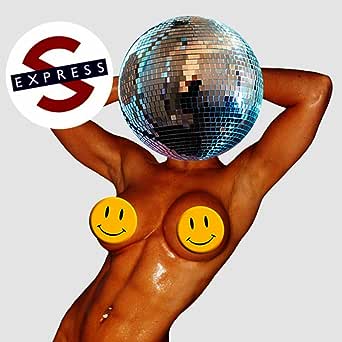 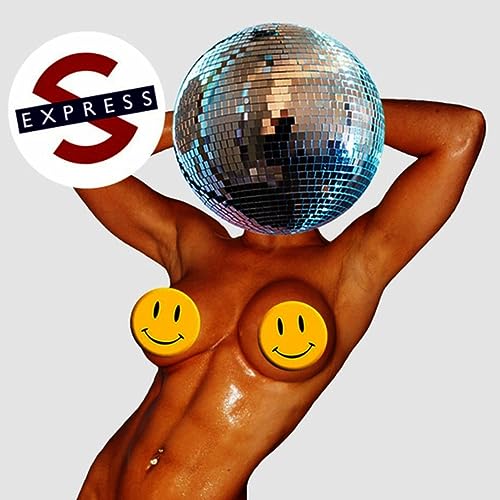 S'Express
27 May 2016
4.6 out of 5 stars 12 ratings
Try now Get a special offer and listen to over 60 million songs, anywhere with Amazon Music Unlimited. Subscription fee applies. New subscribers only. Limited time only. Terms apply.
See all 7 formats and editions Hide other formats and editions
Buy the CD album for £14.00 and get the MP3 version for FREE. Does not apply to gift orders.
Provided by Amazon EU Sàrl. See Terms and Conditions for important information about costs that may apply for the MP3 version in case of returns and cancellations. Complete your purchase of the CD album to save the MP3 version to your Amazon music library.

4.6 out of 5 stars
4.6 out of 5
12 customer ratings
How does Amazon calculate star ratings?
Amazon calculates a product’s star ratings based on a machine learned model instead of a raw data average. The model takes into account factors including the age of a rating, whether the ratings are from verified purchasers, and factors that establish reviewer trustworthiness.
Top Reviews

M. B. Wilson
4.0 out of 5 stars Brings back memories, but many of these remixes/revamps add something refreshingly new and positive to the classic originals!
Reviewed in the United Kingdom on 8 August 2016
Verified Purchase
Selection of remixes by friends/fans of Mark and S'Express, plus a few covers (or reinterpretations that are effectively covers). Being particularly fond of the originals I initially got the 12" Excursions EP just to see what sort of remixes Mark was including in the project, and most were very good. On this CD album one of the remixes pops up again, albeit as a shorter 'album edit', and we have a new selection of some very credible, and creative, revamps/remixes.

The last 2 tracks are strict covers, both far more acoustic and not dance-orientated in any way, but they are both really good and a nice way yo end off the album. The remix of C.O.M.A. is almost entirely non-electronic, and focuses more on some of the sub-melodies in the original than the main lead, so its quite a culture shock (but in a good way).

The Pimps Opus update is for me the only track that should have been dropped, as its 'lad going to the red light area' lyrics/sentiment, and completely re-sung chorus vocals, simply grate - definitely the weak spot IMHO There is a far better proper remix on here too, with Billie Ray Martin's original vocals much higher in the mix, and sounding great (as opposed to grate!). Some of the other remixes are slower than the originals, but this adds a new dynamic, and you're not usually far away from the next uptempo electro stomp. The compiling and sequence is really good.

If you get the Amazon auto-rip you also get 3 extra extended mixes, including both mixes of Mantra For A State of Mind, which are excellent, and the bonus Primal Scream cover of the same track (some new lyrics). This was previously a vinyl-only RSD 2016 release, and an interesting version.

Shopaholic
5.0 out of 5 stars Drop that ghetto blaster...
Reviewed in the United Kingdom on 24 July 2017
Verified Purchase
...and it is a trip!
Read more
Helpful
Comment Report abuse

Beavis
5.0 out of 5 stars You BEAUTY
Reviewed in the United Kingdom on 19 June 2016
Thank you Mr Moore for allowing reworking access to your gems. Listening to these has given me goosebumps and I hope they get played in the clubs for the new kids. The originals were our getting ready to go out, dance to when we got there and listen to again the next day bangers. Hearing Billie Ray Martin on the backing vocals cleaned up and fresh, just WOW. A genius idea so thank you again.
Read more
Helpful
Comment Report abuse
See all reviews from the United Kingdom

S. Frost
5.0 out of 5 stars Excellent remixes!
Reviewed in the United States on 16 November 2016
Verified Purchase
If you loved their first album in the 90s, you will love this remixed album...at least I did!!
Read more
Helpful
Sending feedback...
Thank you for your feedback.
Sorry, we failed to record your vote. Please try again
Report abuse