The Enemies of Progress: The Dangers of Sustainability and over 8 million other books are available for Amazon Kindle . Learn more
Share <Embed>
Have one to sell?
Sell on Amazon 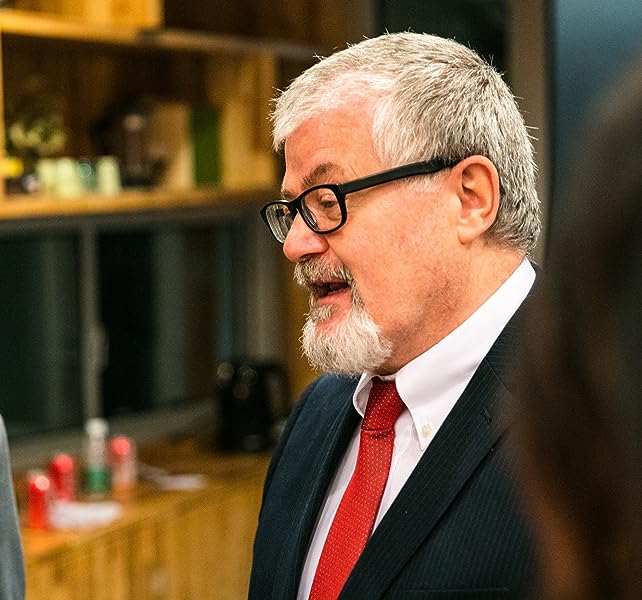 Enemies of Progress: Dangers of Sustainability (Societas) Paperback – 1 May 2008

Fastest delivery: Wednesday, Dec 2
Order within 20 hrs 7 mins Details
Note: This item is eligible for click and collect. Details
Pick up your parcel at a time and place that suits you. How to order to an Amazon Pickup Location? Learn more
Read more Read less
click to open popover

Start reading The Enemies of Progress on your Kindle in under a minute.

"Offers some interesting insights and questions to explore if we are to properly understand the stranglehold sustainability has over society... and how we might cut loose from it. For those excited about the potential of humanity to shape the world, Williams' book is a refreshing and useful polemic."

"A well argued humanist alternative to the present conformist consensus - a very persuasive contribution by a thoughtful subversive."

-- Frank Furedi, Professor of Sociology at University of Kent, and author of 'Politics of Fear' and ‘Where Have All the Intellectuals Gone’

"A much needed diagnosis of the bleak anti-human pathology sometimes described as environmentalism."

-- Dominic Lawson, columnist for The Independent

"Austin Williams has a gift for lobbing well-directed grenades."

"This is not a book about climate change, which is refreshing. It's too easy to see environmentalism as a political movement that has generated its own momentum, albeit preying on fears by amplifying facts from environmental science. Instead, the book shows that it is 'the poverty of ambition in political life' that the dynamic driving the sustainability agenda."

"Serve[s] as a corrective to unthinking acceptance of green arguments."

"Williams... identifies radical environmentalists as 'enemies of progress' who have fundamentally turned away from human development and advancement."

"Whatever your opinions on building sustainably, this book is a must-read, questioning the march towards carbon zero and giving a refreshing alternative to the green agenda."

This polemical book examines the concept of sustainability and presents a critical exploration of its all-pervasive influence on society, arguing that sustainability, manifested in several guises, represents a pernicious and corrosive doctrine that has survived primarily because there seems to be no alternative to its canon: in effect, its bi-partisan appeal has depressed critical engagement and neutered politics. It is a malign philosophy of misanthropy, low aspirations and restraint.This book argues for a destruction of the mantra of sustainability, removing its unthinking status as orthodoxy, and for the reinstatement of the notions of development, progress, experimentation and ambition in its place. Al Gore insists that the 'debate is over'. while musician K.T. Tunstall, spokesperson for 'Global Cool', a campaign to get stars to minimize their carbon footprint, says 'so many people are getting involved that it is becoming really quite uncool not to be involved'. This book will say that it might not be cool, but it is imperative to argue against the moralizing of politics so that we can start to unpick the contemporary world of restrictive, sustainable practices.

3.1 out of 5 stars
3.1 out of 5
11 global ratings
How are ratings calculated?
To calculate the overall star rating and percentage breakdown by star, we don’t use a simple average. Instead, our system considers things like how recent a review is and if the reviewer bought the item on Amazon. It also analyses reviews to verify trustworthiness.
Top reviews

William Podmore
5.0 out of 5 stars Useful study of Green fallacies
Reviewed in the United Kingdom on 1 June 2009
Austin Williams, an architect who is Director of the Future Cities Project, argues that sustainability is a dangerous concept, at odds with progress. He urges us to see human beings as the solution to problems, as against Greens, who see people as the problem. The increasingly odd John Gray shares this misanthropy when he sweetly compares humanity to `slime mould'.

Again, the reactionary Club of Rome wrote in 1991, as the Cold War ended, "in searching for a new enemy to unite us, we came up with the idea that pollution, the threat of global warming, water shortages, famine and the like would fit the bill. All these dangers are caused by human intervention ... The real enemy then is humanity itself." This turns human beings against each other and against themselves.

Greens want no growth or industry, less production and consumption, more social restraint and conformity. Activist Susan George says, "Growth is not the solution but the problem." They see producing energy and using it as bad. This new Puritanism chimes in with the ruling class's interests: they want us to accept lower living standards and less freedom.

So European Commission President Barroso says, "Europe must lead the world into a new, or maybe one should say post-industrial, revolution." The Bishop of London tells us that flying is `a sin against the planet'.

Greens also try to impose their ideas on other countries, to hold back their progress towards better lives for their people. Green Jonathan Porritt (son of Lord Porritt, who was once Governor-General and Commander-in-Chief over New Zealand) says, "Massive large power stations, connecting up every single individual wherever they are in that country, to a centralised distribution system of large-scale energy generation. That's it, that's the end of the world." Bono justifies colonial-style looting of poor countries, saying, "Aid for Africa is just great value for money ... the investment reaps huge returns."

A group of academics, who travelled to Keele University for a conference called `Against Mobility', said, "a car-based regime generates widespread problems - ecological collapse, war, widespread death and ill-health and economic dysfunctionality, to name but a few." Cars cause wars - that's novel, if nothing else.
Read more
3 people found this helpful
Helpful
Comment Report abuse

rose ellis
4.0 out of 5 stars Worth a read.
Reviewed in the United Kingdom on 6 February 2013
As an undergraduate geography student i found this book very interesting and not too complicated, offering a different view on sustainability which i had not considered myself before. Easy to read and not too long.
Read more
One person found this helpful
Helpful
Comment Report abuse

T. J. Rich
5.0 out of 5 stars Powerful polemic
Reviewed in the United Kingdom on 3 November 2008
Brilliant riposte to unthinking environmentalism. This is the sort of entertaining and illuminating polemic that makes you think again - sharper. As me-too sustainability 'commitments' spread through business, this is a hugely useful challenge to complacent and unprogressive thinking.
Read more
4 people found this helpful
Helpful
Comment Report abuse

simon r
2.0 out of 5 stars Mildly entertaining but unpersuasive attack on the new orthodoxy
Reviewed in the United Kingdom on 6 July 2008
This book champions the benefits of industrialisation for developing countries and the rights of consumer free choice over the concerns of today's environmentalists. It opposes environmental legislation, and sees environmental advocacy as the new orthodoxy. Architecture is a particular focus of interest. The book comprises selected quotations, examples and commentary aimed at humorously exposing environmentalist excesses. This makes it an easy, even amusing, read, at some cost to the coherence of the analysis. By arguing that progress is a political rather than scientific issue, Austin fails to challenge the underlying environmental analysis or address widespread concerns over climate change, resource depletion and environmental degradation. Ultimately, the fundamental arguments of modern environmentalism aren't seriously challenged.
Read more
19 people found this helpful
Helpful
Comment Report abuse

ShallI
5.0 out of 5 stars Anti Miserabilists have a voice
Reviewed in the United Kingdom on 16 May 2008
Brilliant, brilliant, brilliant - I keep reading out bits to colleagues and friends to counter the latest sheep like drift into policy without challenge. About time someone spoke out against those miserable finger pointing zealots with their spurious sense of moral superiority. If this opens up the debate then we will all owe Austin Williams our gratitude Every page evokes 'let me read you this bit' as the book shows up the absurdity of the 'enjoyment police".
Read more
16 people found this helpful
Helpful
Comment Report abuse

D. Gray
1.0 out of 5 stars The Dangers of Austin Williams
Reviewed in the United Kingdom on 21 May 2008
Well, what can I say. As the previous review mentions, this book is certainly not afraid of challenging the key assumptions behind the sustainability agenda. As a self-critical environmentalist myself, I think this is no bad thing. But Austin Williams' argument is flawed to say the least.

The book's central message seems to be that all development is essentially good and so we need to do away with planning regulation. Completely barmy. Perhaps we should build a motorway, an airport, a nuclear power station and a giant waste incinerator next to Austin Williams' house. Perhaps then he would concede that not all development is good!