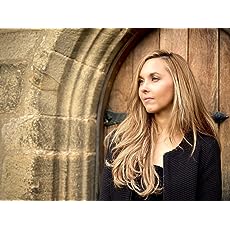 Dr Emma J. Wells is Lecturer in Ecclesiastical and Architectural History at the University of York, and the author of many publications, including Pilgrim Routes of the British Isles, lauded as "a beautifully written and hugely useful book" by Oxford art historian and broadcaster Dr Janina Ramirez. Her next book is Heaven On Earth: The Lives & Legacies of the World's Greatest Cathedrals.

Emma is also Research Associate in Archaeology at York. She is a broadcaster and regularly writes for popular magazines, such as BBC History, BBC Countryfile and History Today.
Read more 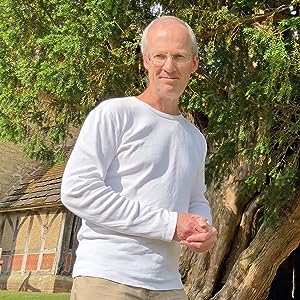 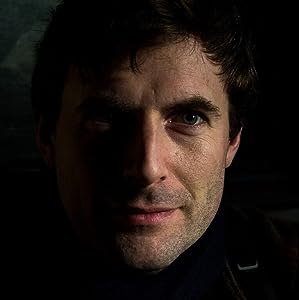 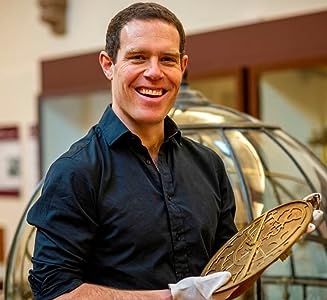 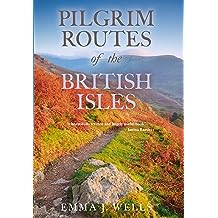 Pilgrim Routes of the British Isles 31-Aug-2016
by Emma J Wells
( 28 )
£12.29 £19.99
This book leads the modern traveller along seven medieval pilgrim routes of Britain (those with historic origins, rather than modern constructs), taking in world-famous sites such as Canterbury and Lindisfarne in addition to out-of-the-way locations along paths not so widely travelled. Each route guides pilgrims on a journey of discovery. Illustrated throughout with photographs and colour maps, and written by a renowned expert on pilgrimage, Pilgrim Routes of the British Isles provides clear maps and informative commentary on the history of the most significant landscapes, shrines, art and architecture. Although it offers some fresh walking ideas, primary consideration is given to understanding the history, significance and practices surrounding the pilgrim routes and sites of Britain, helping you to follow in the footsteps of our forebears and gain invaluable insights into their medieval world. It will be of great interest to walkers and historians alike. Illustrated with 80 colour photos and 12 maps.
Read more
Other Formats: Hardcover 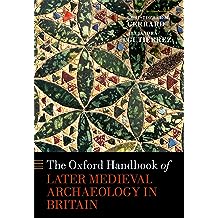 The Oxford Handbook of Later Medieval Archaeology in Britain (Oxford Handbooks) 11-Jan-2018
by Christopher Gerrard, Alejandra Gutiérrez
( 3 )
£33.25 £35.00
The Middle Ages are all around us in Britain. The Tower of London and the castles of Scotland and Wales are mainstays of cultural tourism and an inspiring cross-section of later medieval finds can now be seen on display in museums across England, Scotland, and Wales. Medieval institutions from Parliament and monarchy to universities are familiar to us and we come into contact with the later Middle Ages every day when we drive through a village or town, look up at the
castle on the hill, visit a local church or wonder about the earthworks in the fields we see from the window of a train.

The Oxford Handbook of Later Medieval Archaeology in Britain provides an overview of the archaeology of the later Middle Ages in Britain between AD 1066 and 1550. 61 entries, divided into 10 thematic sections, cover topics ranging from later medieval objects, human remains, archaeological science, standing buildings, and sites such as castles and monasteries, to the well-preserved relict landscapes which still survive. This is a rich and exciting period of the past and most of what we
have learnt about the material culture of our medieval past has been discovered in the past two generations. This volume provides comprehensive coverage of the latest research and describes the major projects and concepts that are changing our understanding of our medieval heritage.
Read more
Other Formats: Hardcover , Paperback