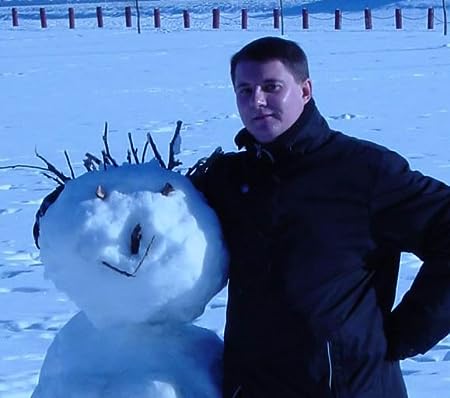 Edward St.Boniface, a crazy Canuck (Canadian) by birth emigrated to London many years ago as a young man with many naive intentions of finding his fortune. Always a fanatical bibliophile and scribeozoid and cinephile and Londonphiliac, he found the perfect place of abode. Over the years he learned to feed these various addictions to reading and writing and moviegoing and exploring the fearful megalopolis of London and make them into a more or less coherent scene for himself. Ed spent decades having various misadventures and disasters and survival issues and minor successes and learning 'The Knowledge' of London life. whilst in the process of de-evolution. As time went by the latent Scribeozoid in him developed into full Pathological Author-Pretension Syndrome and he felt compelled to write feverishly of these experiences in 'The London Trilogy'. Novels 'Riding House Street' and 'Nine Elms Lane' and 'King's Scholar's Passage To Vauxhall Bridge Road' are all separately available as ebooks (with additional chapters in their electronic versions) and as a collected printed volume on AMAZON. Just Google 'Edward St.Boniface' or 'Evel Tyler' and you'll come straight to the official publisher pages and related links. Do not be shocked by what you read therein. As Ed always babbles, 'Blessed Are The Cracked; For They Shall Let In The Light...' 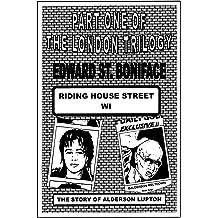 RIDING HOUSE STREET: The Story of Alderson Lupton, Pop Star (The London Trilogy by Edward St.Boniface) 15-May-2021
by Edward St. Boniface
£1.06
Thrill the world.
Live the dream.
Lose your soul.

A young Englishman named Alderson Lupton grows up in an obscure corner of the Kent county coast and emigrates to London in 1986 having despaired of his hometown’s prospects. In the big city, adrift and appalled at the grimness and brutality he sees around him. Apolitical and in a world of his own he lives an indigent life for years, educating himself as best he can and gradually developing a musical talent he wasn’t able to pursue back home by private tuition and library study.

Eventually he forms a band with a talented and beautiful vocalist and flautist named Calliope Wix and they embark on London’s indie gig scene in the early ‘90s. An unscrupulous London music journalist discovers and helps to promote their fledgling career. Nascent popularity on the circuit becomes first a European tour then an American one in 1995 that becomes a surprise hit and catapults them to what becomes global fame.

Their band, ‘The Museonics’, go from strength to strength. But Alderson finds fame almost impossible to cope with. Relentless negative media attention, particularly from Evel Tyler who turns on him, makes fame distinctly double-edged. Increasing tension with Calliope Wix, despite her and Alderson falling in love after being one step removed for years, eventually breaks up the band in 1999.

Alderson loses almost everything in the messy legal battles that begin and falls back into obscurity while Calliope goes on from strength to strength in her subsequent solo career. He by contrast, despite being the musical genius of the duo, cannot somehow restart his career independently. Evel Tyler mercilessly taunts and persecutes him in the music press.

Years of disappointment and failure pass. While Alderson does have champions and supporters on the music media scene he cannot get past the sabotage efforts of the powerful and spiteful Evel Tyler. Ultimately however Alderson continues to innovate, does an effective turn at London’s Festival Hall Centre during a music event and begins work on a comeback album, with Calliope Wix’s participation.

When he tries to reconnect with her fully however she gives him a piece of news that personally devastates him. She is pregnant with the child of the handsome music producer they have been working with and will marry him soon. Although demonstrating generosity of spirit and wishing her well before she leaves, Alderson’s heart is literally broken. He wanders away afterwards and suffers a fatal heart attack.

Posthumously released to critical and popular acclaim, his final album is both a vindication and a tribute that silences and embarrasses his critics, including the malevolent Evel Tyler who unsuccessfully tried to bully and threaten Alderson out of releasing it. The music which Alderson strove and suffered to craft however lives on as his legacy.
Read more 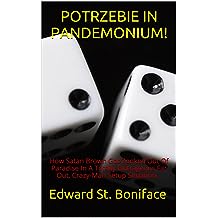 POTRZEBIE IN PANDEMONIUM!: How Satan Brown Got Zonked Out Of Paradise In A Totally Outrageous Far Out, Crazy-Man Setup Situation... 09-Jan-2017
by Edward St. Boniface
£1.06
A humorous parody of John Milton's PARADISE LOST and parts of the Biblical Book of Genesis. It stars a character known only as 'Suspect Brown'. He has put himself at the centre of the Fall From Paradise story in a satirical LP record secretly distributed to infuriate Christian leaders and upstanding law enforcement officials. These events occur sometime in the 1970s and references are contemporary to that period. 'Suspect Brown' uses the slang language of the era. As Satan Brown, aka Lucifer, he obnoxiously annoys God (Dad) with constant smart-aleck backtalk, obscure movie references and a yearning towards Free Will. Satan Brown inevitably gets himself unceremoniously kicked out of Paradise. He finally gets his comeuppance after a long series of nefarious adventures to undermine Creation and find the perfect espresso. Satan Brown finds himself exiled along with fellow rebellious archangels (then supreme demons) Beelzebub, Mammon, Belial and Andy Warhol. Lost in the unfashioned and unfashionable Realms of Darkness, they incessantly bicker about the Downfall Of Humanity and total lack of credibility to be found by the likes of Warhol in the blackest fiery arcades Hell...
Read more