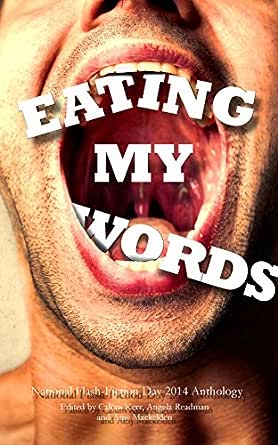 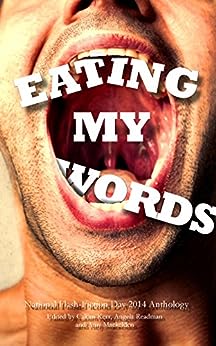 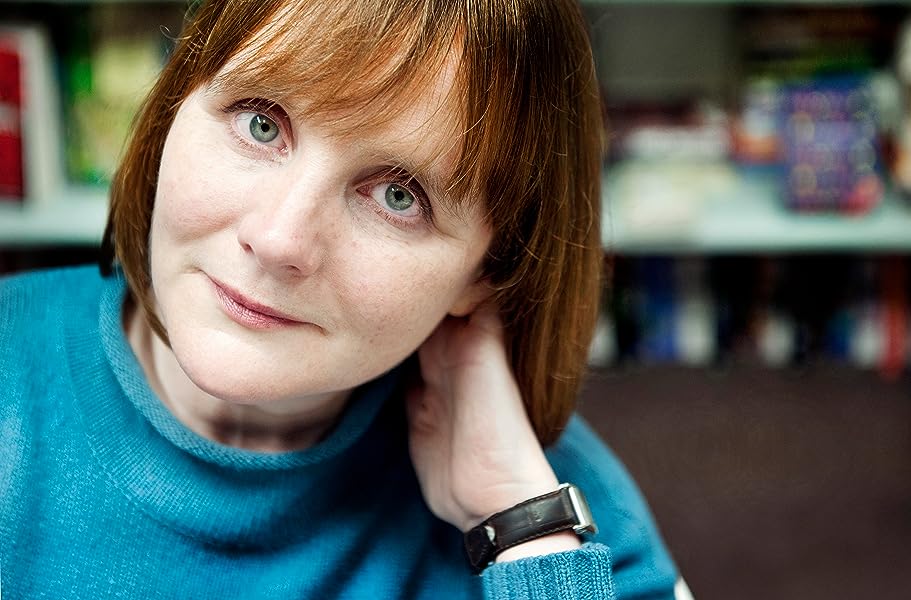 4.3 out of 5 stars
4.3 out of 5
8 customer ratings
How does Amazon calculate star ratings?
Amazon calculates a product’s star ratings based on a machine learned model instead of a raw data average. The model takes into account factors including the age of a rating, whether the ratings are from verified purchasers, and factors that establish reviewer trustworthiness.
Top Reviews

NEB
5.0 out of 5 stars and is just as brilliant as the first two
Reviewed in the United Kingdom on 20 July 2014
Verified Purchase
Eating My Words: A National Flash-Fiction Day Anthology is the third flash-fiction collection produced by the NFFD team, and is just as brilliant as the first two. Earlier this year, the call went out for stories of up to 500 words inspired by the prompt ‘the senses’, and the flash-fiction community, as always, came up trumps. There’s all sorts here: literary fiction, romance, speculative fiction, magic realism, comedy … You name it, the editors picked it. And it’s all delicious. Some of my very favourite authors are in there too. Highly recommended! 5/5
Read more
4 people found this helpful
Helpful
Comment Report abuse

Rosalind Minett
5.0 out of 5 stars No flashy words
Reviewed in the United Kingdom on 15 August 2014
REVIEW of EATING MY WORDS

One of the beauties of an anthology of flash fiction is that it gives exposure to such a large number of different authors. It was good to see this, rather than many entries by a few authors. Furthermore, the anthology included a section of micro-fiction entries, a form requiring even more skill if a reader’s involvement is to be engaged.

I reviewed last year’s anthology, Scraps, and approached the present one with happy anticipation. I didn’t have the advantage of seeing the foreword - I only had the e-book. However, this year’s title is appealing and apt. It refers to the theme set the writers - The Senses. There was a wide variety in how this was interpreted, and a degree of variety in the quality of writing.

The opening story was totally enchanting in its reversal of perceptions of the rat. With a good arc and subtle references, Becky Tipper’s story set a promising tone for the book.

At the end of the book the winners of the micro-fiction competition displayed the economy of words against the ingenuity of concept.

In the remainder, the stories I mention pleased me particularly. Different readers will have different preferences, but those stories that feel complete in the read surely master the genre. It doesn’t have to be a surprise ending, but it does need to make sense of the beginning and/or display a clear concept.

The imagery in Tasty - a story about pornography - works well, and the conclusion is both believable and restorative. The concept of ‘unfinished stories’ in Dress Sense ensured that the issue of loss and stasis would resonate after the read. This was a sensitive piece as was the much longer story by Sarah Hilary. She paired two unlikely characters and set them forth for an imagined future.

There were several sad reads, and a wry one, Show Don’t Tell, which made me smile. Nik Perring’s story was even more wry. A girl with an addiction to giving up and her boyfriend’s understandable responses suggested two interesting characters who would hold their own in a longer story, but nevertheless the piece had a satisfying conclusion. A wider smile still for What We Do In Our Sleep. It really pays to consider the ridiculous sometimes, for it can illustrate a point - in this case, hypochondria - more clearly than a set of descriptions. Tino Prinzi uses dialogue well and wittily here.

I did balk at some hefty wordiness (“feculent metastatic lesions”) in Seven Breaths, but the psychology of the piece was well understood. Another insightful piece, more about coming to fruition than coming of age, was Launch Pad. It launches the reader into a vivid classroom scene and slyly comments on adult expectations. Handle with Care was itself beautifully handled, displaying sensitivity and poignancy in a piece that explores a child’s revulsion against cruelty.

Michael Marshall Smith totally encapsulated the theme of The Senses in his story, Half-Life, with a very clever plotline. I admired this, and the well-written Chekhov’s Gun, for imaginative use of the theme.

It is hard to pick out some stories for mention when there are many that make the purchase of this anthology worthwhile. Death, love, lust, thwarted ambition - all are aspects of the human condition that these writers consider. All the more surprising, then, to read about swallowed kittens, chemically induced sensation removal and the beauty of being an oyster.

Hullabaloo22
4.0 out of 5 stars Something for anyone that likes a short read.
Reviewed in the United Kingdom on 26 September 2017
A varied selection of Flash Fiction tales from funny to serious, weird to emotionally moving. Anyone that enjoys a short read is bound to find something that appeals in this collection.
Read more
Helpful
Comment Report abuse

Alex Lipitakis
5.0 out of 5 stars Excellent collection of flash fiction stories
Reviewed in the United Kingdom on 22 June 2014
Excellent collection of flash fiction stories. As enjoyable as dipping in a box of chocolates. Eat them all at once or one at a time. Either way, well worth reading.
Read more
4 people found this helpful
Helpful
Comment Report abuse

J Downey
3.0 out of 5 stars Three Stars
Reviewed in the United Kingdom on 31 August 2014
Verified Purchase
Bought as my Sister-in-law has a story in it haven't read any of it apart from that.
Read more
Helpful
Comment Report abuse
See all reviews from the United Kingdom

Midnight Attic Reader
5.0 out of 5 stars Eating My Words
Reviewed in the United States on 4 August 2014
Verified Purchase
This is the first flash-fiction I’ve ever read, and I really liked it. I particularly liked the collection revolving around a common theme, and thought it really made the stories come together nicely. ‘The Senses’ in particular can be interpreted in so many creative ways, as is shown in the vast variety of these tales. Some of the stories are strange, some amusing, some sad, but all are little bite-sized snapshots with so much packed inside, it is almost like poetry. Great collection!
Read more
2 people found this helpful
Helpful
Sending feedback...
Thank you for your feedback.
Sorry, we failed to record your vote. Please try again
Report abuse

L Hansen
4.0 out of 5 stars Much More than Short-Attention-Span Theater
Reviewed in the United States on 20 August 2014
Verified Purchase
Flash Fiction is deeper than short attention span theatre for modern society, & these selections prove that.

Pick up a copy & see how densely woven each sentence, each phrase is. Two magical sentences may have taken 16 minutes. They need to be just so.

Watch how each word is meticulously chosen for just the right effect.

Realize that 21 other words may have had to die for that word - that word - was so perfect....so stupendously ravenously profoundly perfect.

That is Flash.
Read more
2 people found this helpful
Helpful
Sending feedback...
Thank you for your feedback.
Sorry, we failed to record your vote. Please try again
Report abuse