<![endif]--> Skip to main content
The Disappeared and over 8 million other books are available for Amazon Kindle . Learn more
Share
Have one to sell?
Sell on Amazon 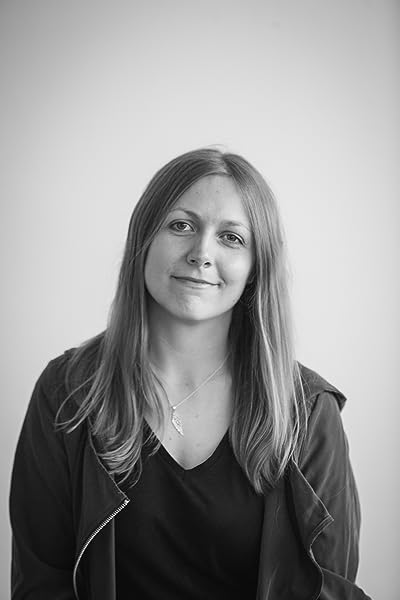 by Amy Lord (Author)
4.6 out of 5 stars 27 ratings
See all 2 formats and editions Hide other formats and editions
Note: This item is eligible for click and collect. Details
Pick up your parcel at a time and place that suits you. How to order to an Amazon Pickup Location? Learn more
Read more Read less
click to open popover

Start reading The Disappeared on your Kindle in under a minute.

Amy Lord is a writer, blogger and digital marketer from North East England. She won a Northern Writers' Award in 2015 for The Disappeared and was also longlisted in the inaugural Bath Novel Award. An earlier manuscript saw her shortlisted for Route Publishing's Next Great Novelist Award. She blogs about books, writing, travel and life in the North East at Ten Penny Dreams, which won Best Arts and Culture Blog in the Northern Blog Awards. Amy is currently working on a new novel, which was developed as part of a year-long mentoring scheme with Writers' Block NE.

ClareR
4.0 out of 5 stars A brilliant first novel!
16 July 2019
Format: Kindle EditionVerified Purchase
Set in the near future, Britain has become a one party, military controlled state, where reading the wrong book could mean that you are ‘disappeared’.

The Authorisation Bureau we’re responsible for the disappearance of Clara’s father, a university English lecturer, and she is determined to pick up where he left off. Along with her History professor boyfriend, they decide to teach a select group of students about the past and the books that they are now forbidden to read. But things do not go as planned. Clara has some protection, as her stepfather is a ‘high up’ interrogator with the Authorisation Bureau, but this can only go so far to protect her.

I thoroughly enjoyed this dark tale of an alternate UK. It was rather violent in places, but it’s message was ultimately that of hope. My only complaint (which isn’t really a complaint) is that we could have done with more from the resistance organisation, Lumiere. I would have loved to have read more about them.

Jan Wolfe
5.0 out of 5 stars Believable but hopefully not prophetic!
20 May 2019
Format: Kindle EditionVerified Purchase
Set in a not-too-distant future, this is depressing, frightening, stark, shocking, but so well written with a believable story line and characters. The scenario is one which could so easily come to pass given our current political chaos in the UK and the picture painted by the author's words is one of gloom, austerity and oppression - but with that all-important thread of hope within. Not sure it was good bed time reading, but it was certainly thought-provoking reading. Brilliant.
Read more
One person found this helpful
Helpful
Comment Report abuse

Kindle Customer
5.0 out of 5 stars An excellent engaging read
8 June 2019
Format: Kindle EditionVerified Purchase
I really enjoyed this book its gripping and disturbing but feels,very real. The central character is likable but has depth and conflict. I found myself wondering what I would do faced with the same choices (but I had no answers). I recommend this as an unputdownable read - it kept me awake at night in the best possible way.
Read more
One person found this helpful
Helpful
Comment Report abuse

Amazon Customer
5.0 out of 5 stars Wonderful debut novel
16 October 2019
Format: Kindle EditionVerified Purchase
Well done Amy. Was gripped from the start and the story continued to be gripping throughout. Could see this being a movie without doubt. Can't wait to see what comes next. Worthy of the five star review 🌟🌟🌟🌟🌟
Read more
Helpful
Comment Report abuse

Ewan
5.0 out of 5 stars Where We Might Be...
10 July 2019
Format: Paperback
Imagine a country where they ban and burn books. Because books aren’t banned in ours, we don’t have to.

Amy Lord’s assured debut novel is a dystopian vision of the (very) near future. It shows us where we could be, with very little “encouragement” from a few people in the right places, at the wrong time for the rest of us. You might think that this novel explores much of the same ground as Russell T. Davies’ Years and Years recently did, and, I suppose it does, but in a very different way.

Clara Winter’s father was “disappeared”, her mother remarries soon after. Winter grows up to become an academic like her father. However, the regime has tight control over what is taught in Universities, and who is permitted to teach it. Influence and connections (Влияние in Soviet Russia) are everything. Inevitably, Ms Winter (I pronounced this as the germanic Vinter, throughout. I know, weird) is drawn into teaching literature classes using banned texts. Of course, 1984 figures in Amy’s novel and that’s as it should be. I must admit the academics in The Disappeared reminded me of the publishing people in Bulgakov’s The Master and Margarita, slaves to a system that doesn’t make sense.

The family dynamic in the novel is well realised (I’m trying to avoid spoilers, honest) and the plot and writing are so gripping that I read this novel in one day. I wonder if the author was asked by an editor whether this novel wouldn’t be better written in the present tense? I’m so glad she resisted the pressure, if so. I can’t remember the last time I finished a book in a day.

The novel has an interesting structure and centres on two characters’ points of view, Clara’s and her step-father’s.

Amy Lord has written a thoughtful and entertaining book, give it a try, you won’t regret it.
Read more
One person found this helpful
Helpful
Comment Report abuse

AND I am not one to exaggerate,. I LOVE Unbound, their catalogue of crowd funded books stands head and shoulders above many other indie oeuvres, and this book, this is on fire.

From the opening scene where Clara watches as her father is dragged away by armed militia for having ‘dangerous’ ideas and reading illegal books, to the gripping and heartrending conclusion, this is absolutely a book for these times.

The idea of books, the notions inside them creating and driving readers and writers to think for themselves is not new, it has been done before so to take this and make it your own in your debut novel shows an author with absolute conviction in her soul about her writing.

This book lives and breathes through Clara’s dystopian existence as she engages her boyfriend, Simen, in her plan to use the forbidden books in the university where she works to teach. A subversive army whose ideas are spread through symbiosis, from page to brain and brain to action, this is a call to arms.

The future that Amy Lord paints is not a great distance from our own and that is what makes it so believable.

We live in a world where countries ban books because they feature a ‘permissive’ attitude to sex, homosexuality, break the ten commandments or, in the case of the Harry Potter books, encourage children to practice withcraft ( come on ! this seems so incredibly far fetched until you see the pictures of burning books and suddenly, the laughter chokes in your throat. It no longer seems ludicrous but terrifying.)

Books are gateways to another world and when their are censored and hidden away they become even more vital.

‘The Disappeared’ is actually about making it visible, taking the ones who were vanished by the new regime, led by a terrifying dictator, Major Jackson,who wants a following of non thinking sheep, not rational questioners and giving them back their agency. I LOVED IT!
Read more
Helpful
Comment Report abuse
See all 27 customer reviews
Write a customer review

Go to Amazon.com to see all 4 reviews 3.2 out of 5 stars
Unlimited One-Day Delivery and more
Prime members enjoy fast & free shipping, unlimited streaming of movies and TV shows with Prime Video and many more exclusive benefits.
> Get Started