Share
Have one to sell?
Sell on Amazon
Flip to back Flip to front
Listen Playing... Paused   You're listening to a sample of the Audible audio edition.
Learn more
See all 3 images 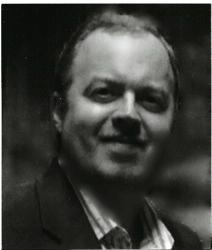 Three thousand years before the darkening of Tristram, Uldyssian, the son of Diomedes, was a simple farmer from the village of Seram. Content with his quiet life, Uldyssian is shocked as dark events rapidly unfold around him. Mistakenly blamed for the grisly murders of two travelling missionaries, he is forced to flee his homeland and set out on a perilous quest to redeem his good name. To his horror, he has begun to manifest strange new powers - powers no mortal man has ever dreamed of. Now, Uldyssian must grapple with the energies building within him, lest they consume the last vestiges of his humanity.

Best known for blockbuster hits, including World of Warcraft and the Warcraft, StarCraft, and Diablo franchises, Blizzard Entertainment, Inc., a division of Activision Blizzard, is a premier developer and publisher of entertainment software renowned for creating some of the industry's most critically acclaimed games. Blizzard Entertainment’s track record includes thirteen #1-selling games and multiple Game of the Year awards. The company's online-gaming service, Battle.net, is one of the largest in the world, with millions of active players. Visit Blizzard.com.

4.5 out of 5 stars
4.5 out of 5
73 global ratings
How are ratings calculated?
To calculate the overall star rating and percentage breakdown by star, we don’t use a simple average. Instead, our system considers things like how recent a review is and if the reviewer bought the item on Amazon. It also analyses reviews to verify trustworthiness.
Top reviews

Mr. A Weston
4.0 out of 5 stars A pleasing journey through the world of Sanctuary
Reviewed in the United Kingdom on 3 September 2020
Verified Purchase
In the “Scales of the Serpent”, the second of the Sin War trilogy, we find our protagonist, Uldyssian – reluctant hero of the people – hell-bent on destroying the cult of the Triune, a religious movement that has been skillfully subverted to the demoness, Lilith’s, cause.
And with good reason.
The world in which our story is set, Sanctuary, is the conjugation of rebel demons and angels alike. And Lilith was one of those who championed its creation. She, along with her lover and co-conspirator, the angel Inarius, have fought for millennium to keep the existence of Sanctuary a secret from the Burning Hell and the High Heavens, who would destroy it in an instant if they realized the power some of the mortals like Uldyssian – known as naphalem – possess.
The thing is, Lilith is out to upset the balance, and not only seeks to preserve Sanctuary’s integrity, but is determined to establish herself as the Supreme Being of a new order.
But at what cost?
Hundreds of the naphalem have fallen. Mendeln, Uldyssian’s brother, becomes ever more entwined by the necromantic powers that have been offered him by the first of the naphalem, Rathma. And Achilos is dead, though bound to act as champion and defender to Serenthia and Uldyssian against his wishes. How will anything ever be the same again?
Here’s a clue . . . it won’t!
As before, Uldyssian’s habit of self-doubt – despite the miracles he’s responsible for – and disbelieving the obvious become rather irksome as the story progresses. However, that doesn’t detract from the action – and there’s plenty of it – when the Triune, and Lilith, realize what he’s up to.
Overall, “Scales of the Serpent” is a pleasing journey through the world of Sanctuary, and has me hooked enough to want to know how the story ends.
Read more
Helpful
Comment Report abuse

Simon Sez
3.0 out of 5 stars Ok but not great
Reviewed in the United Kingdom on 11 February 2017
Verified Purchase
Not amazing. But ok to read when nothing else better to do
Read more
Helpful
Comment Report abuse

Mr. C. Stevenson
4.0 out of 5 stars Sin War 2
Reviewed in the United Kingdom on 6 April 2007
just amazing, even better than the first one. i know the fact that it's based on diablo (a game) will probobly put people off, but i think it's a great story on its own - since it's set 3000 years before the game. and is really only loosely based on Diablo 1 & 2 and requires only a tiny bit of prerequisite knowlage.

i won't say what happnes but even at the start you just get right in to the action, some major confrontations in the first couple of chapters.

some of the best book si've read in ages. If you like fantasy think you should try them (cause they're cheap anyway). can't wait for the third one personally.
Read more
2 people found this helpful
Helpful
Comment Report abuse
See all reviews
Pages with related products. See and discover other items: blizzard entertainment
Unlimited One-Day Delivery and more
Prime members enjoy fast & free shipping, unlimited streaming of movies and TV shows with Prime Video and many more exclusive benefits.
> Get Started