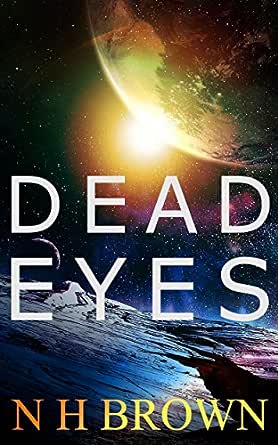 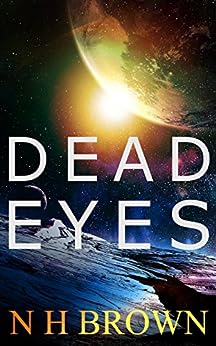 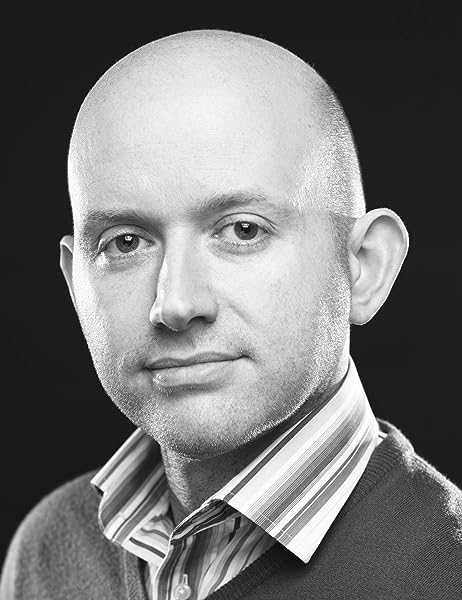 4.2 out of 5 stars
4.2 out of 5
5 customer ratings
How does Amazon calculate star ratings?
Amazon calculates a product’s star ratings based on a machine learned model instead of a raw data average. The model takes into account factors including the age of a rating, whether the ratings are from verified purchasers, and factors that establish reviewer trustworthiness.
Top Reviews

adam-p-reviews
5.0 out of 5 stars Dead Eyes,Nick Brown- Book Review
Reviewed in the United Kingdom on 9 May 2016
Verified Purchase
Dead Eyes is a collection of three short sci-fi stories by author N. H. Brown. For fans of historical fiction, Nick also writes the amazing Agent of Rome series that I can not recommend enough! The three stories are called: Dead Eyes, Four Numbers and Afflict. The stories are based on different characters whom seem to all co-exist in the same universe.

Dead Eyes tells the tale of Captain Mackay, a down on his luck Captain looking for his big break. Mackay and his crew are somewhat like bounty hunters but instead of hunting people, the crew look for rare resources on distant planets in the universe. Mackay finds his break on the planet of Chasseur-Malcom where a huge deposit of crude oil has been discovered. Mackay and his crew must race to the newly surveyed planet before his competitors can lay claim to the lucrative crude oil. However, what Mackay and the small crew of the Great White discover there is far more dangerous than their competitors.

Hayley Drasic is a soldier serving on Cygna 8, a small human colony on the far reaches of space. With a population of around 600, most people believed that the planet should have been abandoned when ruthlessly invaded by a mysterious alien race. However, orders are orders and the defence force fought valiantly against the ‘Sticks’(as the bionic aliens have become known). Nevertheless, the humans have been pushed back into a canyon and the future looks bleak for Hayley Drasic.

The final story is very short and I think the most intriguing. Donald Mathews-Vartini is met by a mysterious figure in his office. The strange looking man offers to take all of Earth’s most evil people and wrong doers and make them disappear. Though the offer seems too good to turn down, the stranger’s plan for the wrong doers are never revealed. Could they come back to haunt Donald in the future?

I really enjoyed these short stories and it was very interesting to see Brown turn his hand to Sci-Fi. Each story teased me enough to want to know more about the characters and read more about them.

I also thought the stories were unique in their sci-fi setting because they weren’t too heavily focused on futuristic science. Different cultural identities still exist from Earth in Brown’s universe and their goals still feel human. What I mean by this is that Earth is still looking for oil on far off planets and still has problems that affect humanity today. In some respects, I found this limited the stories because I like my Sci-Fi to be epic and be withdrawn from the plights of humanity today. Nevertheless, I did like the stories and would be interested to read more about these characters, especially Mackay and the crew of The Great White.

Dead Eyes is priced at £0.99 on Amazon at the minute and is a steal at that price so go and get it! If you like Sci-Fi definitely check it out and let me know what you think of the short stories!

Nick Brett
VINE VOICE
4.0 out of 5 stars SF Diversion
Reviewed in the United Kingdom on 9 August 2016
Verified Purchase
A diversion from his excellent "Agent of Rome" series, three SF Short stories. The first is a bit like Firefly, a rag-tag crew out to bag a bonus from a planet land claim but come up against something unexpected and deadly. Next we have a military short with a team of soldiers fighting off robot attackers and with no apparent means of survival and then finally a story where Mankind is made an offer to take some of their most dangerous people off their hands...
I enjoyed them all, short but fun. Mr Brown is a talented writer and this shows he could easily turn his hand to SF, but while grateful for this diversion, I hope he sticks with his series for a good while longer.
Read more
One person found this helpful
Helpful
Comment Report abuse

David Baird
5.0 out of 5 stars Three great short stories, looking forward to more
Reviewed in the United Kingdom on 21 April 2016
First off I’m a fan of Nick’s work but if you’ve read any of his work like me you’ll know him as a historical fiction writer..so what a nice surprise to see him turn his hand to a different genre.

Nick is a brilliant writer of short stories and these three tales confirm that for me. I often feel what’s the point when reading short stories.. they’re too short or don’t hook you in..NOT SO WITH THIS ONE!

The author manages to make you feel like you’ve read more than you have, it feels complete.. but at the same time he leaves you wanting more from him.

I’m slightly biased since I enjoy Nick’s work but I honestly feel if you want to write a short story you should read his as a starter.. he’s not got in wrong yet for me.

This book consists of three tales, my favourite being “Four Eyes” although I liked them all. They were all well written to engage the reader and it’s amazing how the author can catch the imagination of someone like me within 30+ pages.. it’s not a lot of time to make the reader happy but I certainly was.

If you enjoy Nick’s books.. read this one, If you’ve never heard of Nick before…read this book. You’ll see just how good Nick’s short tales can be.