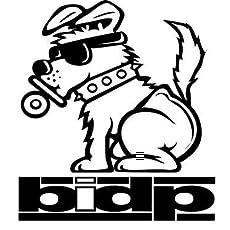 Follow to get new release updates, special offers (including promotional offers), and improved recommendations.
Born in Wales, Dave Franklin published his first story in a national fishing magazine at the age of sixteen. He immigrated to Australia in 1999 and made his living as a reporter, earning the distinction of being sacked twice by the same Perth-based newspaper group. He then spent nearly three years teaching English in South Korea, during which the mortality rate of the children under his care remained at an impressive zero. He now teaches ESL to adults in Brisbane, helping (among others) Thai Lady Boys get to grips with their past participles.

The major theme of Dave's small, character-driven stories is alienation, the symptoms of which include male immaturity, misogyny, dysfunction, xenophobia, self-destruction, religion, violence and a childish glee in winding up the politically correct. There are no car chases or explosions in his books; instead he prefers graphic, twisted sex scenes while focusing on exasperated loners full of doubt.

Readers who like his work tend to see its black comedy (and disdain for his own characters) whereas his harshest critics take everything at face value. Indeed, some observers would suggest that the highlight of his writing career, which has seen him produce ten novels, remains being published in a fishing magazine.

HORROR / SUPERNATURAL / DARK FANTASY
Straitjacket Blues 1 - 3: Stories of Unease
The Goodreads Killer: The Trilogy
Begin The Madness: The Straitjacket Blues Trilogy (A bargain-priced anthology of the above titles)
Nice Man Jack: A Jack the Ripper Novella

PSYCHOLOGICAL / CRIME
Girls Like Funny Boys: A Dark Brisbane Tale
To Dare A Future: A Novel of Rage
Riders on the Storm and Other Killer Songs
Saving a Child from God
A Promise of Pain (An anthology of the above two novels plus two novellas and a short story) 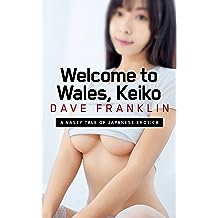 Welcome to Wales, Keiko: A Nasty Tale of Japanese Erotica (Welcome to Wales, Girls Book 1) 20-Apr-2017
by Dave Franklin
£1.99 £5.70
Keiko's pretty much the perfect ESL student.
So polite, so respectful, so willing to learn.
No wonder teacher wants to do such dirty things to her... 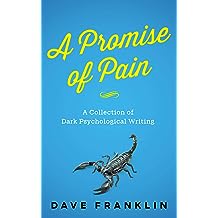 A Promise of Pain: A Collection of Dark Psychological Writing 09-Dec-2020
by Dave Franklin
£4.99
Five stories with a sting in the tail.


Riders on the Storm – Based on the legendary Doors song, a young man vows to roam and live by the gun...

Eaters of Evil Spirits – Ancient forces guarding a walled African city have been disrupted. People are getting sick, crops are failing and disaster looms. Is it connected to the arrival of a mysterious child?

Near-Life Experience – Glenn Tillman runs a successful business, has a beautiful girlfriend and is about to take a well-earned overseas holiday with her. So why is he so scared?

Saving a Child from God – Six-year-old Abdullah loves getting gifts from the birds. They flock to his back garden, bringing everything from buttons to broken light bulbs. Then one day, much to his devout father's bafflement, they leave a key...

Look What I Have for You – Having ended up selling bagless vacuum cleaners, a quiet, reliable man rediscovers a long-lost passion to work with his hands. 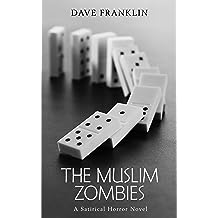 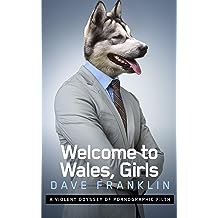 Welcome to Wales, Girls: A Violent Odyssey of Pornographic Filth 17-Jul-2018
by Dave Franklin
£3.99 £8.99
Ryan teaches English to foreigners at a small school in Cardiff.
He's not perfect but he tries to do what's best for his students.
Nora, the boss' daughter, is his icily distant, ball-busting superior.
Apart, they are nothing, two completely unremarkable and harmless individuals.
But together...

Welcome to Wales, Girls - Come study at the ESL school from hell. 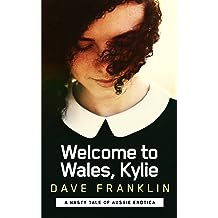 All three parts are available as Welcome to Wales, Girls. 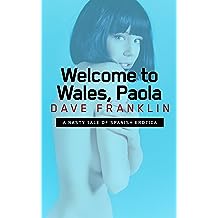 And so begins the sexual blackmail of Paola at the ESL school from hell... 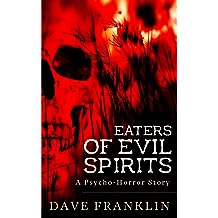 Eaters of Evil Spirits: A Psycho-Horror Story 27-Jun-2017
by Dave Franklin
£0.99
Ancient forces guarding a walled African city have been disrupted.
People are getting sick and crops are failing. Disaster looms.
Is it connected to the arrival of a mysterious child? 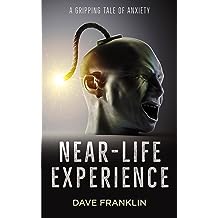 Near-Life Experience: A Gripping Tale of Anxiety 26-Jun-2017
by Dave Franklin
£0.99
Glenn Tillman runs a successful business, has a beautiful girlfriend and is about take a well-earned overseas holiday with her.
So why is he so scared? 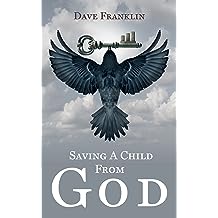 Six-year-old Abdullah Anwar loves getting gifts from the birds.
They flock to his back garden, bringing everything from buttons to broken light bulbs.
Then one day, much to his devout father's bafflement, they leave a key.
What can it possibly mean?
Meanwhile, Professor James Jeggert is a staunch atheist, a man who has no time for the mystical aspects of life.
He simply wants people to be more rational, a stance that's about to put him on a collision course with a little boy...


About the author
Dave Franklin has written ten novels. 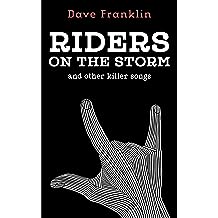 It's a murder-packed anthology in which a young man vows to live by the gun and roam, three boys dream of escaping their outback town, and a well-respected gentleman takes to the streets of Whitechapel.

Then Came the Last Days of May & Nice Man Jack are also available separately. Dave Franklin is the author of ten novels. 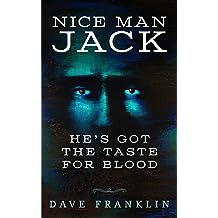 Inspired by the epic John Miles song, this blood-soaked novella finds a well-respected gentleman taking to the streets of Whitechapel.

Nice Man Jack can also be found in the dark fiction anthology, Riders on the Storm and Other Killer Songs. Dave Franklin has written ten novels. 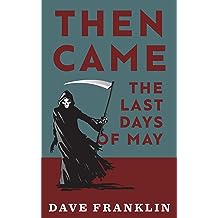 How many Blue Oyster Cult references can you spot?

Then Came The Last Days Of May follows three boys trying to escape their Australian outback town. It can also be found in the dark fiction anthologies, Begin The Madness: The Straitjacket Blues Trilogy and Riders on the Storm and Other Killer Songs.