<![endif]--> Skip to main content
Daunderlust: Dispatches from Unreported Scotland and over 8 million other books are available for Amazon Kindle . Learn more
Share <Embed>
Have one to sell?
Sell on Amazon 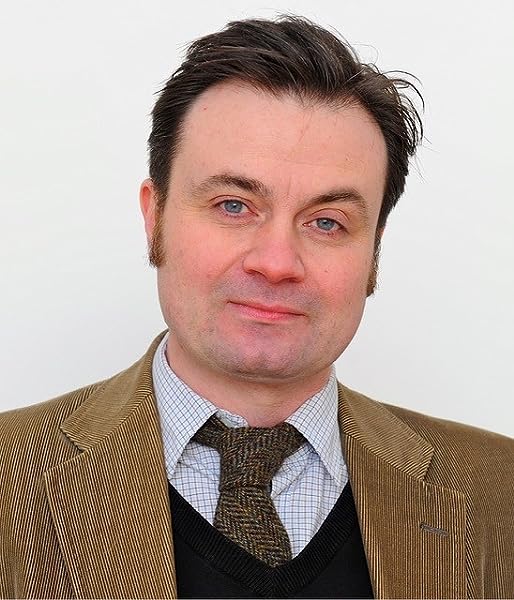 Start reading Daunderlust: Dispatches from Unreported Scotland on your Kindle in under a minute.

'His stories are always a joy.' --Ian Rankin

'We urgently need to rediscover each other. What we care about. What matters to us. One of the most fascinating events of the Ullapool book festival was the journalist Peter Ross talking about his book Daunderlust. It's a journey round Scotland led by conversations with people one might call characters. But more importantly, it explains us to ourselves. What we need right now is for copies of Daunderlust to be parachuted in all over England, a bit like the Berlin airlift. And for someone to do the same for us Scots.' --Val McDermid in the Guardian

'There can't be that many journalists who can number Ian Rankin among their fans, but Peter Ross's articles in Scotland On Sunday have been essential weekend reading for all sorts of people over the past few years. The best of them have been collected here in a book that delves into every corner of Scottish life, never to come up with anything less than an interesting story. Diversity is the watchword here. Every section of society, from monks to rubber fetishists, from crime-scene santitisers to operatic chip-shop owners, is ripe for a visit from Ross and his notebook. No local tradition is too parochial, no institution too grand. "There's a lot more goes on out there than people would believe," says one of his subjects, and she speaks the truth. The impression left by Daunderlust is of a nation teeming with vibrancy, character and individuality. And a man with endless curiosity and a great eye for a story.' -Alastair Mabbott, The Herald

'Daunderlust has given us a beautiful time capsule of the Scotland of the last few years. In future when people want to understand what we were really like at this historic point, they won t have to read a diet of political books about what happens to the Barnett formula and the national debt. They should read this.' -Gerry Hassan, Scottish Review

'Daunderlust is full of heart, delving into the farthest reaches of society and eking out what it means to be human in the process.' -Doug Johnstone, Big Issue

'The best pieces have a range beyond anything in current Scottish journalism, from a piece about accompanying extreme cleaners into a flat where someone has died and where the sink is mysteriously full of blood (the stink clogs and clots at the back of the throat) to a lovely piece about Arthur s Seat from dawn to dusk on a hot day, when it became the perfect expression of that rare phenomenon - Scottish happiness.' -David Robinson, The Scotsman

'There are many great Scottish writers, but few better writers of Scotland.' -Etihad Airways in-flight magazine

'From the gay bars and fetish clubs of Scotland s big cities to rural life and some of the countries most famous beauty spots, there's a tale to be told. Ross has lived these stories. In his work as a journalist he has met these people and seen the way they live and he has clearly enjoyed what he has seen. His telling of their stories is honest, moving, entertaining and humorous. And that sums up the lives of many of the subjects of this charming book. Read it and weep tears of sadness, joy and laughter.' -Scottish Field

'Peter Ross has a fabulous knack of getting people to tell their tales ... If Jon Ronson lived and worked in Scotland, this is the sort of book he would write, and Ross shares Ronson's incisive eye, lightness of touch and a turn of phrase to die for.' -Scots Whay Hae!

'This is a book for the Scottish diaspora, as a refresher course, and a delirious wallow in nostalgia for the bits you do recognise.' -Vulpes Libris

'A book of extraordinary depth and consistent quality ... a gently inspiring testament to the truth.' --Hugh MacDonald, Scottish Review of Books

A six time winner at the Scottish Press Awards, Peter Ross is one of Scotland's best feature writers. He has written for The Guardian, The List, The Face, The Big Issue, as well as spending eight years on The Sunday Herald. From 2007 he has been contributing his Around Scotland articles to Scotland on Sunday with great success.

4.6 out of 5 stars
4.6 out of 5
17 customer ratings
How does Amazon calculate star ratings?
Amazon calculates a product’s star ratings based on a machine learned model instead of a raw data average. The model takes into account factors including the age of a rating, whether the ratings are from verified purchasers, and factors that establish reviewer trustworthiness.
Top Reviews

RickSwan
5.0 out of 5 stars An entertaining insight into the Scottish psyche.
Reviewed in the United Kingdom on 29 September 2017
Verified Purchase
I loved this collection of writing from cover to cover. Peter has captured the psyche of the Scotland people by investigating the weird, the wacky and the wonderful across our amazingly diverse country. Every story is a gem. You complete one fascinating piece to then be met by yet another that will intrigue.
Read more
Helpful
Comment Report abuse

Amazon Customer
4.0 out of 5 stars inspirational and creative
Reviewed in the United Kingdom on 13 September 2018
Verified Purchase
what an excellent find this was its the sort of book i enjoy . lots of different short stories cleverly written and humouros insights into the stangest of people and places lives
Read more
Helpful
Comment Report abuse

Drew Long
5.0 out of 5 stars Beautifully written collection of stories about the "real" Scotland
Reviewed in the United Kingdom on 11 May 2014
Verified Purchase
I bought this book for my partner thinking it'd be a good bed-time read, more often than not she ended up reading me a chapter aloud and we'd both have a good giggle. Eloquent and funny, Ross tells the stories of the people and places in Scotland that we don't often hear.
Read more
One person found this helpful
Helpful
Comment Report abuse

Patricio
5.0 out of 5 stars A wonderful read for Scots and non-Scots alike!
Reviewed in the United Kingdom on 6 May 2014
Verified Purchase
The diversity of the subjects covered in this book is amazing, and the format makes the book ideal for, but not limited to bedtime reading. It is in turns funny, heartwarming, interesting, thought provoking and simply an entertaining read. Peter Ross is a fine writer.
Read more
One person found this helpful
Helpful
Comment Report abuse

Sharlene M. Mccoy
5.0 out of 5 stars Absolutely delightful read.
Reviewed in the United States on 1 November 2014
Verified Purchase
Fantastic read, had me reading other books in a deep brogue for days which made them so much more entertaining! Fantastic example of back pocket sociology, Mr. Ross, Kudos, an excellent capture of a land you love as much as I do. Thank you for such an honest share.
Read more
Helpful
Sending feedback...
Thank you for your feedback.
Sorry, we failed to record your vote. Please try again
Report abuse

Sassy
3.0 out of 5 stars Three Stars
Reviewed in the United States on 17 November 2014
Verified Purchase
thought it would be more funny
Read more
Helpful
Sending feedback...
Thank you for your feedback.
Sorry, we failed to record your vote. Please try again
Report abuse