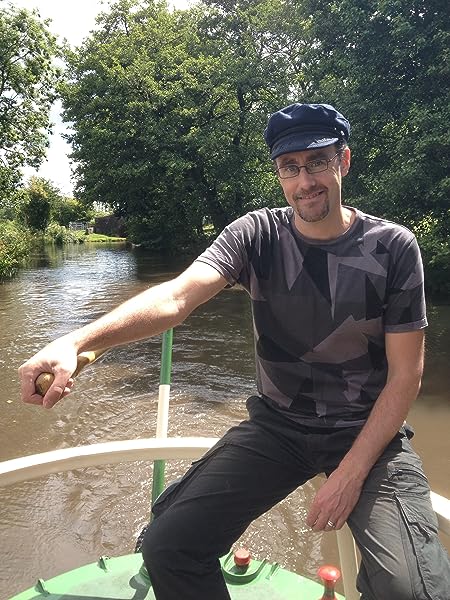 Darwin, God and the Meaning of Life: How Evolutionary Theory Undermines Everything You Thought You Knew Hardcover – 30 Sept. 2010

Fastest delivery: Tomorrow
Order within 18 hrs 59 mins Details
Note: This item is eligible for click and collect. Details
Pick up your parcel at a time and place that suits you. How to order to an Amazon Pickup Location? Learn more
Read more Read less
click to open popover

'Steve Stewart-Williams explains how evolutionary thought challenges many deep-seated assumptions about God, morality, and human superiority and raises significant questions about such things as euthanasia, suicide, and the way we treat non-human animals. While it has become commonplace for many to equate Darwin's legacy with the stripping away of the moral and the good and to replace it with unpalatable 'Darwinist' alternatives that advocate amorality, nihilism, and a world where 'might makes right', Stewart-Williams carefully and entertainingly shows that, on the contrary, the world after Darwin remains meaningful, wondrous, and intrinsically moral.' Stephen Hill, Massey University

'This is an important, accessible, and timely book for anyone wishing to understand the implications of evolutionary theory for standard views of human nature, morality and religion.' Stephen Boulter, Oxford Brookes University

Is religion compatible with evolution? Is religious faith intellectually flawed? Steve Stewart-Williams addresses these and other fundamental questions raised by Darwin's theory of evolution. Drawing on philosophy, biology and the exciting new field of evolutionary psychology, he makes a strong case for a naturalistic, atheistic view of the universe.

Steve Stewart-Williams is a lecturer in evolutionary psychology at Swansea University. Before taking this position, he did his PhD at Massey University in New Zealand, and then did a postdoctoral fellowship at McMaster University in Canada. His research and writing covers a diverse range of topics, including the placebo effect, the philosophy of biology, and the evolution of altruism and mating behaviour.
Read more
Unlimited One-Day Delivery and more
Prime members enjoy fast & free shipping, unlimited streaming of movies and TV shows with Prime Video and many more exclusive benefits.
> Get Started