Dare to Dream and over 8 million other books are available for Amazon Kindle . Learn more
Share <Embed> 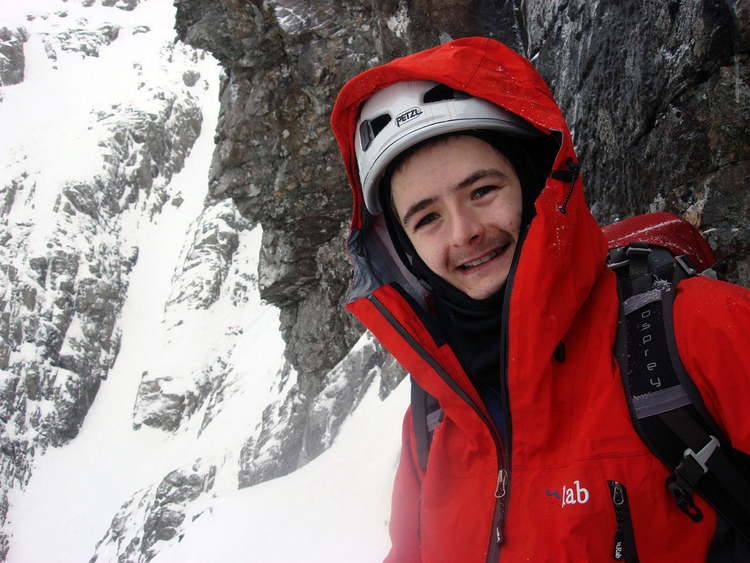 Start reading Dare to Dream on your Kindle in under a minute.

4.1 out of 5 stars
4.1 out of 5
21 customer ratings
How does Amazon calculate star ratings?
Amazon calculates a product’s star ratings based on a machine learned model instead of a raw data average. The model takes into account factors including the age of a rating, whether the ratings are from verified purchasers, and factors that establish reviewer trustworthiness.
Top Reviews

Alex Roddie
4.0 out of 5 stars An uplifting story of adventure and perseverence
Reviewed in the United Kingdom on 11 June 2013
Verified Purchase
There is a glut of new books on Everest at the moment thanks to it being the 60th anniversary year, but for me Dare to Dream stands out in several ways. Firstly, Matthew is a young man. Although he had accumulated a decent amount of mountaineering experience by the time he set out for Everest, he isn't a seasoned climber. Why does this matter? His outlook on mountaineering is fresh, unspoiled by the quirks and hypocrisies of climbing culture, and full of enthusiasm and energy. In a genre packed with relatively cynical books this really is something new and I loved reading about how a relative newcomer to climbing looked at the unique pleasures and pains of the Everest challenge.

Matthew goes into a lot of detail in describing his adventures, but the book is in no way long-winded. He takes us through his first steps in planning how to get to Everest from a state of almost no climbing experience, building that experience up over the years, first Scottish winter season, first rock climbing trip, first big peak. His training routines are gruelling and demonstrate the lengths he was willing to go in order to achieve his goal. His first few expeditions to the greater ranges are also described vividly and throughout the book Everest looms as both a promise and a threat, overshadowing everything he does.

The writing style is really engaging and Matthew's cheerful, optimistic nature shines through on every page. Matthew is the hero of his own book, and I mean that in the best possible sense: we cheer him on at every stage, commiserate with him when he encounters roadblocks and pitfalls, and feel every moment of triumph along the way. It's impossible not to admire his tenacity and willingness to do whatever it takes to achieve his dream, particularly when he's laid low by illness or altitude sickness.

He also tells his story with considerable humour and I found myself chuckling on most pages! Again, his fresh, optimistic outlook help in this regard and the humour adds a light-hearted dimension often lacking from books of this genre.

Unusually for a climbing book, Dare to Dream delves into the financial side of planning an Everest expedition. This remains something of a taboo even in 2013, probably due to the (often unfair) stigma attached to commercial expeditions. We all like to think of mountaineering as a purely sporting endeavour, but the fact is that modern Himalayan expeditions are expensive and must be paid for. His struggle to obtain funding was almost as gargantuan as the struggle to climb the mountain and yet again his tenacity is impressive. I really admired the frank and straightforward way in which the author approached this necessary evil and even found many positive aspects to it. This won't be to everyone's tastes--after all, a modern Everest ascent is not quite the romantic battle against nature it once was--but the book is unwaveringly honest.

For all of Dare to Dream's good qualities, the writing feels a little unpolished in places, but if anything this only serves to highlight the youthful enthusiasm of the adventure. Some will criticise him for being part of the huge queues on Everest in 2012 that resulted in several deaths, but I believe it's unfair to single out any individual person for the cumulative problems that surround Everest. It's also clear from reading Dare to Dream that the range of climbing abilities to be found on Everest that year varied considerably and it's obvious that Matthew's team were amongst the better prepared.

Dare to Dream stands out from the recent spate of Everest books in offering a fresh and honest perspective about what it's really like for a young person to climb the world's highest mountain in the 21st century. Regardless of your Everest opinions or politics it would take a hardened cynic not to be uplifted by this well-written tale of humour, adventure and perseverance, and in my opinion the book deserves to do well. I look forward to future adventures from this author!

Stephen McGinn
5.0 out of 5 stars A different Everest tale
Reviewed in the United Kingdom on 10 May 2015
Verified Purchase
I picked up on this book after reading a number of the more celebrated Everest climbing books, and wasn't sure what to expect, but was very pleasantly surprised and rate it as one of the most readable and best on the subject. Matthew's style is modest, respectful and engaging, and what I particularly enjoyed and found different was the detail of his preparation, training and the treks in and out rather than just the climbing from base camp like some others. It made it a much more complete yet very down to earth journey that is easy to relate to but still greatly admire the strength it takes to get there. A very good read.
Read more
Helpful
Comment Report abuse

Amazon Customer
5.0 out of 5 stars Really enjoying this
Reviewed in the United Kingdom on 9 July 2013
Verified Purchase
Not sure if this is everyones cup of tea. I am not a great reader of autobiographies but having known Matthew since he was at primary school I wanted to see what had inspired him to rise to the challenge of Everest. I am thoroughly enjoying this book, it is wittily written and the technical details explained enough for the lay person to follow. It really is inspirational!
Read more
Helpful
Comment Report abuse

Gez
5.0 out of 5 stars Excellent read.
Reviewed in the United Kingdom on 11 September 2013
Verified Purchase
This book was a breath of fresh air. From cover to cover, it simply narrates Matt's journey to the top of the world. Yes, there are a number of Everest books detailing how overpaid, inexperienced climbers risk their lives and the lives of the others, to conquer a mountain, such as Krakauer's Ïnto thin air". But this book explains Matts personal story in reaching both a good level of fitness, and being able to even dream of making the expedition.
He does not hide that he uses an expedition crew, and explains a number of challenges along the way. The book is an excellent read, and well worth spending a couple of days taking time out to see how a 22 year old uses his noggin to fulfil a dream.
Read more
Helpful
Comment Report abuse

Sgithanach
3.0 out of 5 stars How to live your dream.
Reviewed in the United Kingdom on 31 March 2014
Verified Purchase
I really enjoyed this story. Having read some of the reviews, I was not too sure what to expect. He did get lucky in his attempts at sponsorship, but he also put the work in. Well worth reading
, in my case more so as the book was free.
Read more
Helpful
Comment Report abuse

Rudy Miller.
4.0 out of 5 stars Dare to Dream
Reviewed in the United Kingdom on 14 June 2013
Verified Purchase
I bought it for the interest I have in mountains in general, but because it gave plenty to the book about pre climb & preperations.
Read more
Helpful
Comment Report abuse

Linda Wales
5.0 out of 5 stars Great read and very inspirational
Reviewed in the United Kingdom on 5 August 2013
Verified Purchase
As a fellow climber I felt every moment of Matthews story. I recognised places, feelings, emotions and points in time as I have climbed in the Himalayas myself. But Matt has a great way of appealing to each of us as a human rather than making the story appear unattainable. It's very readable and addictive the whole way through.
Read more
Helpful
Comment Report abuse

Jmcdonough
5.0 out of 5 stars Everest Feast
Reviewed in the United Kingdom on 22 April 2014
Verified Purchase
I have read nearly all the expedition books to the biggest mountains and this author takes you with him on the climb. Loved it and felt like I was with him every step of the way!! Really felt quite sad to finish the book, I had enjoyed it so much.
Read more
Helpful
Comment Report abuse
See all reviews from the United Kingdom

Peter J. Neame
5.0 out of 5 stars The real deal on guided Everest trips
Reviewed in the United States on 2 June 2013
Verified Purchase
This is a fun read - not especially polished and in need of slightly more rigorous proof-reading, but a real page-turner.
The author is a young lad who set his goal as Everest and proceeded to train like mad and work like a maniac raising funds to carry out his ambition. It doesn't pull any punches about the privations, the hard work and the elation of achieving his goal. On the way, he matures considerably and it's great to see early on how he realizes that being super-fit for one sport (squash) doesn't equate to being ready for another. This doesn't slow him down for a second, he just adjusts his program and carries on. He and his team-mates are to be congratulated on their achievement, even though this is one of the modern organized expeditions to Everest that get a lot of grief for "dragging clients up a mountain". In some cases, this description is justified, but certainly not in all, as this book makes clear.
This book should be required reading for people contemplating guided high-altitude mountaineering - the organizer of this trip, Todd Henry, clearly did a good job as the acclimatization of the group enabled them to be successful in spite of their considerable lack of experience. The author discusses this and is pretty scathing about the new cut-price operations that have appeared of late.
This sort of trip is not something I have the slightest desire to do, but this description is well worth reading - the author's determination and tolerance for hard work is quite impressive.
Read more
Helpful
Sending feedback...
Thank you for your feedback.
Sorry, we failed to record your vote. Please try again
Report abuse