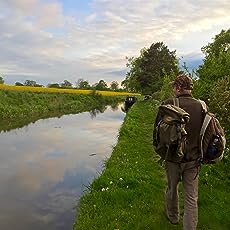 Follow to get new release updates and improved recommendations
Growing up on the Welsh Borders, Daniel Mark Brown is a Shropshire lad born and bred. He has been writing short stories, novella and poetry for a number of years, drawing inspiration from the idyllic hills and farmland surrounding his home town of Oswestry.

Living so close to the canals that run through Shropshire Dan found himself drawn to the idyllic natural surroundings and moved onto a narrowboat soon after turning 25, living surrounded by nature Dan spent four inspiring years on his boat, before returning to Oswestry on the border with Wales.

Publishing his first collection of short stories at age 24 in mid 2011 and releasing several books since, he has high hopes for the future.
Read more 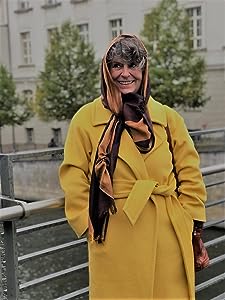 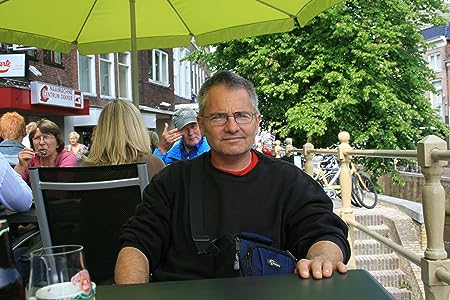 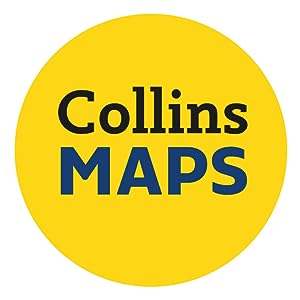 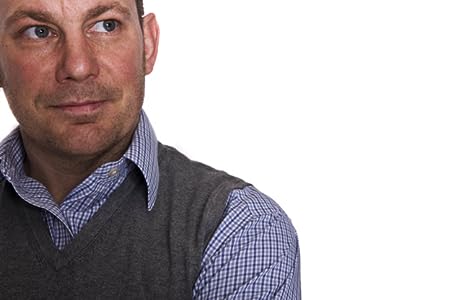 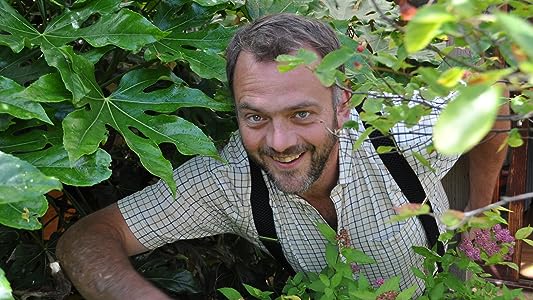 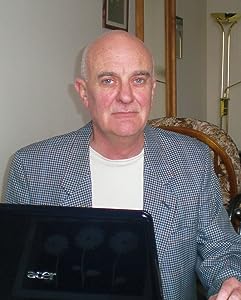 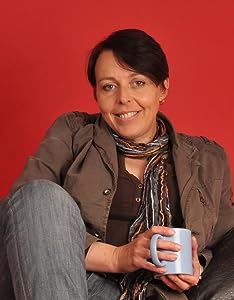 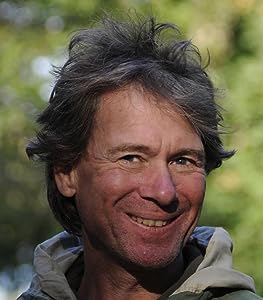 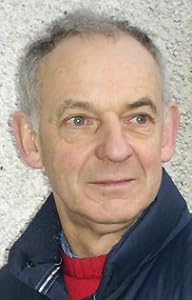 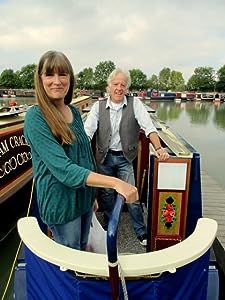 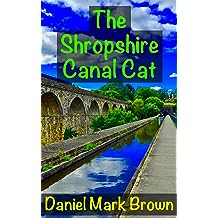 The Shropshire Canal Cat 17-Jun-2017
by Daniel Mark Brown
( 6 )
£2.49
When author Daniel Mark Brown was sat onboard his narrowboat home one evening, he heard light footsteps on the exterior of his boat. As the footsteps continued, he was surprised to see the silhouette of a cat appear at his window! That was the inspiration to write a short story about a cat's adventures on the canal that Dan loved so much.

"The Shropshire Canal Cat" follows the adventures of a hapless cat, Andrew, as he finds himself taken on an unexpected boat trip, before he then has to try to find his way home. Written from the perspective of a cat, this is an account of the canal unlike anything the author has written before!

Written as a tongue in cheek, light hearted comedy, we are taken on an adventure on a truly tiny scale through the sleepy countryside of Shropshire surrounding the Llangollen Canal. Although the story may be fictional, author Dan has set it in a true to life, accurately described Shropshire, all the features, locations and directions are real places that Dan became very familiar with during his narrowboat life.

So, just how did Andrew become known as "The Shropshire Canal Cat?"
Read more
includes VAT* 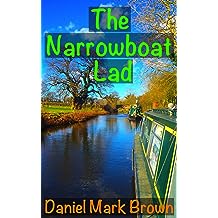 At the age of 25 during the summer of 2012 Dan found his ideal home, the fact that it was nearly 100 miles of canal away from his workplace, friends and family gave him a rough and ready introduction to what it meant to own a boat as his first task was to travel the slow way home... in his home.

Dan recounts the first trip day by day, the highs of being a homeowner where every room has a view that can change daily, the lows of having steam burst from below deck and an overheating engine and everything in between from the perfect natural surrounds to the long hard days of lock working.

After the long trip home we are then given a view of his first year onboard as Tilly the narrowboat is transformed into a full time home and the seasons bring their own tint to boat life, particularly a winter that wont soon be forgotten.

Written with honesty and humour Dan gives readers an insight into living on a boat, his own life and personality and why people in his local area instantly know who someone is referring to when they say "The Narrowboat Lad".
Read more
Other Formats: Audible Audiobooks
includes VAT* 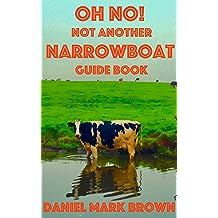 A wide range of boat and canal lifestyle topics are covered, from boat layouts to the ever raging debate of "marinas versus cruising".

A look into some of the key rules, common practices and more round out this look into living afloat!
Read more
includes VAT* 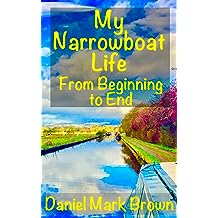 My Narrowboat Life from Beginning to End 19-Mar-2017
by Daniel Mark Brown
( 41 )
£3.99 £10.99
When author Dan first held the keys to Narrowboat Tilly, little did he ever expect what was to follow. At age 25 Tilly would be his first home to call his own. Onboard Tilly he would experience a rural life in the beautiful British countryside seeing the world pass at 4mph!

This book collects together all six of "The Narrowboat Lad" series of books that Dan wrote about the highs and lows of trying to live simply and peacefully in the modern world. The final book "So That Was Boat Life" looks back at the years Dan enjoyed afloat and discusses why he felt it was time to head back to dry land.

Written in Dan's friendly, conversational style, we get to see the world through the eyes of The Narrowboat Lad
Read more
Other Formats: Paperback
includes VAT* 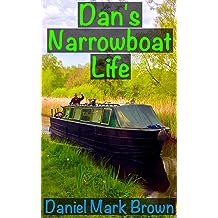 A quick read, Dan keeps his writing focused on life on his narrowboat Tilly, filling the book with insights as to why a life on the canal has Dan hooked. From calm days spent in the perfect countryside environment, ever changing with his location, to unexpectedly having to walk his boat a few feet down the canal at three in the morning. This book highlights some of Dan's best (...and worst) moments afloat.

Written with the friendly, conversational style that has led over 100,000 people to take a peek into Dan's world online each month. Dan's Narrowboat Life captures the essence of a young man trying to live a simple, active life in the greenery and scenery surrounding his floating home.
Read more
includes VAT* 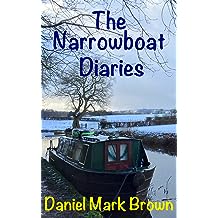 In The Narrowboat Diaries, Dan invites the reader onboard to experience an entire calendar year of life on the beautiful, rural Llangollen Canal, with a few short trips on an even more tranquil stretch of water, known affectionately as "The Monty".

Dan takes time to talk not only about boating, but also how the passing of months, cruising locations and weather affect day to day life. With no fixed mooring, but dozens of miles of canal, winding through scenic farmland and countryside to cruise, there is plenty to see and do.

Written in a friendly, warm and informal tone, Dan uses his experiences afloat to create an honest, accurate and enjoyable account of just one of the many years that he hopes to spend afloat.
Read more
includes VAT* 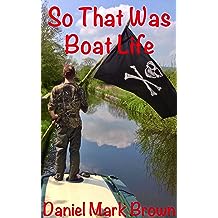 So That Was Boat Life 21-Jan-2017
by Daniel Mark Brown
( 17 )
£1.99
In "So That Was Boat Life" author Dan reflects on almost four years of peaceful life on the canal. Looking back, Dan tells us why he enjoyed the canal lifestyle so much, along with what it offered a young man in his twenties.

The author's love of the outdoors, nature, cycling, walking and astronomy all shine through here and seem to go hand in hand with life on a boat, yet after four years afloat, Dan felt that his time onboard had run its course.

The first part of this book looks at Dan's diaries and memories of his final months onboard Narrowboat Tilly, before the second part looks at the practical realities of life on a boat and why Dan felt it was time to leave the canal.
Read more
includes VAT* 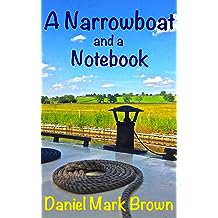 A Narrowboat and a Notebook (The Narrowboat Lad Series 4) 17-Jun-2014
by Daniel Mark Brown
( 60 )
£2.49
After living on a narrowboat for two years Dan is still loving life afloat. In "A Narrowboat and a Notebook" Dan takes his trademark casual style and looks at his life onboard so far. With a conversational, honest and accessible approach the author talks about his own experiences as well as offering a few insights into what he has discovered about various areas of narrowboating in general.

There have been many highs and lows during his time onboard Tilly and as time has passed Dan has recorded many of these moments in his own handwritten diaries. A resource which he can call on for dates and times of big events but also to see how he was feeling about life at the time. These diaries are used to bring this book to life by sharing actual memories with the reader as they were written down at the time.

The book tells of a young man settling into an alternative lifestyle. A lifestyle that allows him to enjoy a huge amount of free time out in the picturesque Shropshire and North Wales countryside which surrounds the Llangollen Canal. A lifestyle that suits Dan's outlook on life perfectly.
Read more
includes VAT* 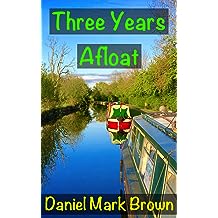 Three Years Afloat (The Narrowboat Lad Series Book 3) 12-Jul-2015
by Daniel Mark Brown
( 27 )
£2.49
As the anniversary of his third year afloat on the canals approaches, author Daniel Mark Brown has taken time to reflect and on his experience of narrowboat life so far. In this short book, Dan takes us back to some of the key points in his never ending boating education.
With a look at some of the perfect, stereotypical, moments of a life afloat, mixed with some of the less perfect events, Dan gives the reader a good overview of almost three years of learning and living.
How much does it cost? How do the seasons of the year change life on a boat? What is the appeal? All these questions and many more are answered within.
Long summer days spent on a beautiful canal would be easy to talk about, luckily Dan also takes time to mention his ongoing engine problems, and how it was his own attitude that needed fixing, as much as the cooling system!

Based on the writings of an earlier book, (The Narrowboat Lad: Living The Dream, NO LONGER AVAILABLE). Dan has put together a book that sums up his life onboard narrowboat Tilly, and his love and gratitude for the what the canal has given him, in a more personal book than ever before.
Read more
includes VAT* 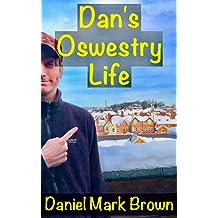 Dan's Oswestry Life 25-Dec-2017
by Daniel Mark Brown
( 10 )
£1.99
Throughout "Dan's Oswestry Life" local author Daniel Mark Brown takes us on a journey back in time to his childhood, sharing memories of what the town and the surroundings were like to grow up in, and how some of the places he knew so well have already changed beyond recognition as he (and the town) have grown older.

This short book is written with Dan's usual blend of humour, conversational writing style and passion for his subject that bring the words to life on the page. Dan takes you on a journey through various locations while he recounts comical anecdotes that helped to shape him into the young man that he is today. An outdoors enthusiast, lover of history and a Shropshire Lad through and through!
Read more
includes VAT* 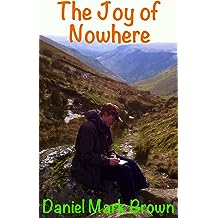 The intention of the paragraphs thrown into the mix is to add context and Dan’s thoughts on the stages of his life during his twenties. A time period that not only saw his poetry vary wildly in style and tone, but also a time that saw his life change from living in his mother’s house to finding himself the owner and occupant of a narrowboat called Tilly.

For the hundreds of thousands of people who have tuned in to Dan’s YouTube channel, this very quick read will add a little to the back story of how “The Narrowboat Lad” was made. For those who have never heard of Daniel Mark Brown before, then it could prove an intriguing glimpse into one young man’s often overthought, over-worried transformation.
Read more
includes VAT*