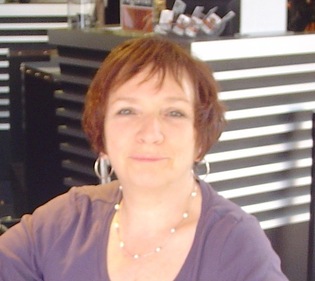 Fastest delivery: Nov 10 - 21 Details
Note: This item is eligible for click and collect. Details
Pick up your parcel at a time and place that suits you. How to order to an Amazon Pickup Location? Learn more
Read more Read less
click to open popover

Albert Camus (1913-60) grew up in a working-class neighbourhood in Algiers. He studied philosophy at the University of Algiers, and became a journalist. His most important works include The Outsider, The Myth of Sisyphus, The Plague and The Fall. After the occupation of France by the Germans in 1941, Camus became one of the intellectual leaders of the Resistance movement. He was killed in a road accident, and his last unfinished novel, The First Man, appeared posthumously.

4.4 out of 5 stars
4.4 out of 5
87 global ratings
How are ratings calculated?
To calculate the overall star rating and percentage breakdown by star, we don’t use a simple average. Instead, our system considers things like how recent a review is and if the reviewer bought the item on Amazon. It also analyses reviews to verify trustworthiness.
Top reviews

Richard Shillam
5.0 out of 5 stars Pretentious, moi!?
Reviewed in the United Kingdom on 14 May 2018
Verified Purchase
I first became aware of M. Camus via the rock musical group The Fall, who were, of course, named for his seminal work, 'La Chute'. It would be several years before I was able to avail myself of the great man's oeuvre, being of few funds and living in a rather savage neck of the woods.
However, having moved to Drabford in the early-Nineties, with some woman and my dear friend Roy Mangala, I managed to get hold of the requisite tomes at the central library there.
Well, I cannot describe the effect these books had on my as yet unformed mind. Even despite the copious amounts of illegal herbs I was then imbibing I was cut to the core. 'The Outsider' was a masterpiece on modern man's estrangement from not only his surroundings but morality, 'The Fall' only more so, while 'The Plague', if my least favourite, treated of the dangers inherent in apathy.
It was as though my innermost being had been interpreted. Meursault and Jean-Baptiste seemed kindred spirits. Had I been in possession of a gun or a ticket to Amsterdam I don't know where things might have ended.
As it was I decided to attend university, as a not particularly mature student, writed my thesis on M. Camus, and actually come out with a First! Plus I firmly believe that I am a prime example of a man living in the face of the absurd, I even have an absurd face! Thus, though some would suggest that Camus is a philosopher for or of the adolescent, I would argue that it is the adolescent who is most in need of a philosophy, most alive to life's utter meaninglessness, that all those silly rationalists and positivists in their fusty, musty, dusty cupboards should take a running jump at themselves off the Eiffel Tower.

Richard_92
3.0 out of 5 stars like artists and writers
Reviewed in the United Kingdom on 24 March 2018
Verified Purchase
This short work consists of three speeches: Create Dangerously, delivered in 1957 at the University of Uppsala, a few days after Camus was awarded the Nobel Prize in Literature; Bread and Freedom to the Labour Exchange of Saint-Etienne in 1953; and Defence of Intelligence at a meeting organised by L’Amitie Francaise in 1945.

Albert Camus was a French philosopher, author and journalist, famous for his novel The Stranger which reflected some of his absurdism views. He has had several novels published as well as short stories, nonfiction books, plays and essays.

This collection of speeches that discuss art, liberty and responsibility in post-war Europe are exquisitely articulated and provokes plenty of thinking and debating. Having read this during a week where Professor Stephen Hawking passed away, makes me wonder that this is perhaps the philosophical equivalent of Hawking’s A Brief History in Time, but in relation to art and the creator’s motive, obligation and constraints.

Camus discusses what is in the mind of creators, like artists and writers, and their approach to conveying their work, the reason for why they create, and the position it sits in terms of liberty. He moves on from this point in another essay where he speaks about the true meaning of freedom, and the concept that we are, and are not free.

To be honest I struggled with this collection of speeches from Camus. My eyes glazed over plenty sentences which seemed to go on forever, and talk endlessly about a certain meaning or concept. This would be gold dust to an Arts student at a university, but for a reader that is picking it up as a passing interest, it was a difficult read.
Read more
4 people found this helpful
Helpful
Comment Report abuse

Mac McAleer
TOP 1000 REVIEWER
3.0 out of 5 stars Three post-war speeches
Reviewed in the United Kingdom on 10 January 2020
Verified Purchase
This is a member of the Penguin Moderns series, which are true pocket-sized books. It has 54 small pages and is a book of speeches by Albert Camus (1). All the speeches were delivered between the end of the Second World War and his death in 1960.

The speech “Create Dangerously” is the longest speech in the book and the one I had the most difficulty with. It is simply written and accessible, but I could not understand what the overall theme of it was, nor what the conclusion was. Perhaps my problem is that this is a speech of its time and place. It was delivered a few days after Camus received the Nobel Prize for Literature and twelve years after the end of the Second World War. It may have made more sense at the time to a sophisticated post-Nobel audience in a continent divided into the West and East and in the middle of a cold war. Camus uses the word “art” a lot but mostly he is concerned with art as expressed by the writer in the writer’s writing. He states “To create today is to create dangerously. Any publication is an act, and that act exposes one to the passions of an age that forgives nothing.” (page 3). He thinks that art and artists should not be comfortable: “The freedom of art is not worth much when its only purpose is to assure the artist’s comfort.” (page 31).

The speech “Defence of Intelligence” was a speech given in March 1945, when the Second World War in Europe was almost, but not quite, finished. France had suffered four years of horror and anguish. The French were left with a hatred that Camus said they had to overcome.

The speech “Bread and Freedom” was given in 1953, eight years after the end of the Second World War. Camus says that the worker knows that bread depends, in part, on his freedom. “The society of money and exploitation has never been charged, so far as I know, with assuring the triumph of freedom and justice.” (page 42). “. . . bourgeois society talks about freedom without practising it . . . “ (page 45). The workers’ revolution of 1917 marked the dawn of real freedom but the world’s greatest hope hardened into the world’s most efficient dictatorship. “If someone takes away your bread, he suppresses your freedom at the same time. But if someone takes away your freedom, you may be sure that your bread is threated.” (pages 49/50).