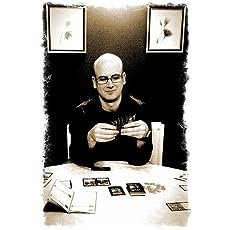 Follow to get new release updates and improved recommendations
Craig P. Kelly is a British science fiction writer. He is the author of the time travel comedy series 'The Adventures of Jack and Joe' but he also writes non-comedy sci-fi. His latest novel is 'Darkness of the Void' - out now.

Craig is currently employed as a 'man of leisure'. This is more time consuming than you might imagine, but he tries to find the opportunity to 'do some writing' in and amongst the many spurious activities that sap away the day.

Craig can be coaxed out of the house with the promise of a geocache and will, when pressed, dabble in amateur theatre. He also occasionally chases a spherical piece of leather around in the name of keep-fit. Sometimes he isn't injured. But not often.

Craig is from the north of England but is currently living in Abu Dhabi.

You can support Craig by reviewing his books, liking him on Facebook (www.facebook.com/craigpkelly) or following him on Twitter (@CraigPKelly). You can visit his website at www.craigpkelly.co.uk
Read more 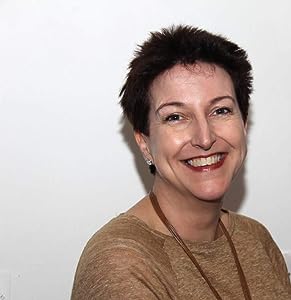 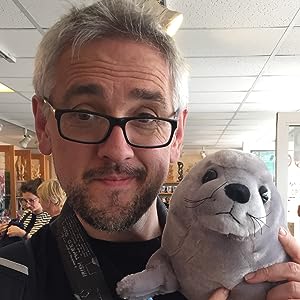 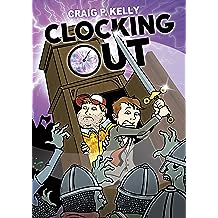 Clocking Out (The Adventures of Jack and Joe Book 2) 06-Jun-2014
by Craig P. Kelly
( 9 )
£0.99 £7.99
Jack and Joe, Scunchester's third best private detectives, accidentally stole a time machine and since then business has been booming. Well, alright, perhaps not booming but they've at least been able to make ends meet. To be honest, the bottom had fallen out of the detecting business so they'd branched out as amateur archaeologists. Hired by Scunchester's premier dirt-scraper Xavier Hunt, the brothers use their time machine to get hold of the pick of historical artefacts direct from the source without having to do any of that messy digging.

So when Hunt challenges them to recover the fabled sword Excalibur from the mythical King Arthur, what could go wrong? The answer: just about everything. Follow our heroes as they steal, lie and cheat their way through history. In the meantime, Alyssa's life is in grave danger, two old men really want their time machine back and a robot with a headache is having an identity crisis. It'll all make sense by book three...

Clocking Out is the much delayed sequel to Craig P. Kelly's first book Time Gentlemen. He may have ignored some loose ends and imagines he'll be getting letters about this.
Read more
Other Formats: Paperback 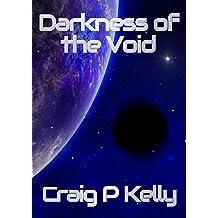 Darkness of the Void 15-Mar-2018
by Craig P. Kelly
( 1 )
£0.99
The Void, the strange other-space that allows interstellar travel, holds a dark secret, a truth that the Imperial Conclave dare not share. Without its mysterious power, the hope of humanity will fade, its colonies once more isolated amongst the stars. So a price is paid, a cost that holds an Empire together.

A stranger holds the future of the Conclave in his hands but knows nothing of his destiny, his importance disregarded by those around him. A chance encounter with a ragged crew reveals his power, but the machinations of an ambitious Vanguard officer mean that humanity is blinded from the true threat... a threat hidden in the darkness of the Void.

On a remote colony, two children are hidden from their exiled father. In an attempt to protect them, an aging priest sends them away but has scant resources to ensure their safety. On another planet, a savage is sacrificed to appease the Conclave, but in doing so a truth is revealed that will haunt those who discover it. Fates have entwined the futures of the savage and the children, but who can they trust? The drunken pilot or the naive monk; the prisoner of war or the serving soldier; the ambitious officer or the held-back investigator; the powerful robot or the exiled rebel?

Craig P. Kelly is the author of the time travel comedy trilogy 'The Adventures of Jack and Joe'. Darkness in the Void is his first non-comedy and is inspired by his love of science fiction. His influences are television shows such as Blake's 7 and Babylon 5 and science fiction authors from Isaac Asimov to Timothy Zahn.
Read more 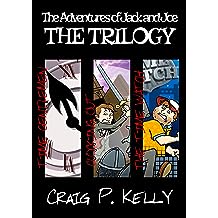 The Adventures of Jack and Joe - The Trilogy 24-Feb-2016
by Craig P. Kelly
£1.99
This trilogy combines the first three hilarious adventures of time travelling siblings Jack and Joe into one handy volume. Containing 'Time Gentlemen', 'Clocking Out' and 'The Time Watch', this anthology of the 'story so far' will have you laughing your way from one adventure to the next.

Clocking Out - Jack and Joe are hired by an overly zealous archaeologist to recover the fabled Excalibur from the depths of history. What could possibly go wrong? The answer: just about everything.

The Time Watch - The guardians of time have gotten wind of Jack and Joe's exploits and two of their best agents are sent to arrest them. Caught up in an alien invasion, their past (which, complicatedly, is also their future) finally catches up with them. 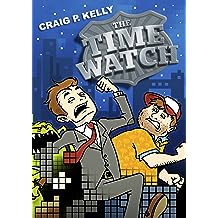 The Time Watch (The Adventures of Jack and Joe Book 3) 15-Feb-2016
by Craig P. Kelly
( 5 )
£0.99 £6.99
Bungling time travelling adventurers Jack and Joe are being hunted by the Time Watch, the self appointed guardians of time, which is precisely what they don't need whilst they are preoccupied with something as mundane as trying to save the human race. But their past (which, complicatedly, is also their future) finally catches up with them. Joe has to convince the Time Watch that meddling in the natural order of all things timey is actually a good thing, while Jack has to escape from a rather primitive form of the virtual world known as the Game. And at the same time, our heroes need to save the Earth from an alien invasion. Here are some spoilers to whet your appetite: Joe loses a shoe; Jack is snapped in two; aliens use cloaking devices for reasons that are unclear; time travelling makes your hair turn grey; the old man has a past... but will anyone reveal his real name?

All this and more in.... The Time Watch!
Read more
Other Formats: Paperback 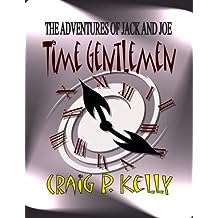 Time Gentlemen (The Adventures of Jack and Joe Book 1) 27-Mar-2011
by Craig P. Kelly
( 32 )
£0.99 £7.99
"When two deadbeat brothers accidentally steal a time machine, the consequences have already happened. Or will happen. Or will have been happening. Look, just read the book will you? It'll be easier on the both of us. I'm going for a lie down."

A time travel comedy featuring inept private detectives Jack and Joe, Time Gentlemen follows the exploits of our heroes as they travel back and forth through time and inadvertently save the human race.

Along the way they get themselves in trouble with the police, prevent the assassination of a world leader, discover a virtual world, make a robotic enemy, rescue a naked woman, make a rival detective envious and track down a missing cat. And all the while people keep trying to kill 'em!

And best of all there are no loose ends! Probably*.

This is Craig P. Kelly's first novel. He thought it was a good idea at the time.
*Absence of loose ends is not guaranteed.
Read more
Other Formats: Paperback