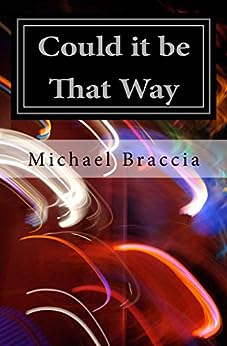 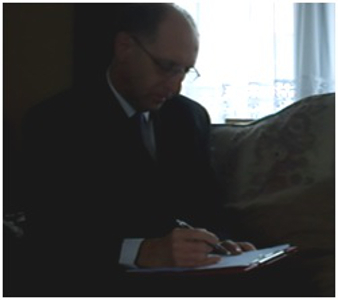 Could it be That Way: Living with Autism Kindle Edition

What's On My Bookshelf

Michael Braccia lives in Stourbridge, West Midlands, England. He attended the local grammar school and went on to complete a BSc degree in Computer Science and English. He worked in I.T. for 22 years, 8 of those as a self-employed consultant / trainer. Michael is married, with a son who has severe autism, learning disabilities and epilepsy. After leaving school, he was a commercial trainee for a pharmaceutical wholesaler and then moved into I.T. He became systems manager for a flooring wholesaler and later ran 3 businesses while helping his wife with the care of their son. It left little time for his ambition – to write a novel. In 2015 he decided to retire early, and finally achieved that ambition. ‘Could it be That Way’, his debut novel, features David White, loosely based on Michael, but mainly fictionalised. However, for the last 25 years, autism has been at the centre of Michael’s world. In addition to being a carer at home, he has also run a small care business and has done many hours of voluntary work helping children and young adults with autism. Michael’s passions (apart from his wife) are books (mainly novels), football, watching science programmes, and trying to play golf. Many years ago he played off 18, but as an occasional ‘fair weather golfer’ his handicap is now probably more than double that. As he says, it provides good exercise and plenty of fresh air. His better half claims that it is ‘a good walk spoilt’. Now he has retired from business, he has also published a collection of short stories, 'Banfield Tales', and intends to continue writing novels and short stories in the future. --This text refers to the paperback edition.

4.6 out of 5 stars
4.6 out of 5
5 global ratings
How are ratings calculated?
To calculate the overall star rating and percentage breakdown by star, we don’t use a simple average. Instead, our system considers things like how recent a review is and if the reviewer bought the item on Amazon. It also analyses reviews to verify trustworthiness.
Top reviews

Sarah Walder
5.0 out of 5 stars A great debut novel-an enjoyable and informative read
Reviewed in the United Kingdom on 21 July 2019
Verified Purchase
A great debut novel, an enjoyable read, telling a gripping story entrenched with a rollercoaster of emotions, entertaining and amusing and often very moving and inspiring. Tells the story of David, beginning with his education, then thorough out his career giving you a good background to his life leading to meeting the rock of his life Anita, then giving you a glimpse of living a life with a child with autism. . A couple of things particularly come to mind on reviewing this book, This book as well as a good heartfelt story to read, is interesting and informative opening your awareness to the challenges and “joys” of having a child with autism, it’s important to celebrate the relatively “small” achievements” but they can be considered big ones in the scheme of things. The book highlights the love and the importance of family the values of which shine through with the love and compassion shown and exchanged between David and Anita and between them and both sets of parents. I like how the author includes what John would say if he could speak in given situations at different stages of the book; I think it’s a pertinent reminder for people in all walks of life, i.e. everyday people and those in positions of authority and care to think of how people with such disabilities would think and feel in a particular situation, they may act a certain way not necessarily because they’re being “difficult” but because its foreign to them. The quote used in the book eloquently sums this up “try to understand how they feel-put yourselves in their place. Imagine you’re in a foreign country with no money, possessions or friends. You cannot speak the language; the culture is completely different or normal to your environment; isolated and helpless. You would be dependent on someone supporting you. Think of that when you meet someone who is autistic”..
Well done Michael.. I look forward to reading your next book Banwell tales.

Jon Markes
4.0 out of 5 stars A story about resilience, ambition - and love.
Reviewed in the United Kingdom on 12 November 2015
Verified Purchase
Michael Braccia's debut novel is a story of resilience and ambition, It is also a story that is very funny at times, yet heartbreaking. Above all, it is a story about love: parental, marital, familial and unconditional love. The style is biographical, as we are taken into and through the life of the main protagonist, David, whose life is profoundly changed the day that his son, John, is diagnosed with severe autism. From that day forward, the course of David's life and the lives of his family are interwoven with the needs of ,his son and the struggles that he faces, not so much with his autism as with the system that fails to understand, or refuses to understand those needs. David is required to draw on all his life skills honed before John was born in order to fight not only his son's corner, but to ultimately create a better life for others with autism. David's achievements are remarkable, but this story is as much about the family that surrounds him and supports him throughout his often very ambitious endeavours. As the narrative unfolds, we come to know David's parents and in-laws and, in particular, his wife, Anita and in many ways, it is Anita who is the book's hero. Each family member becomes an important player in David's and John's lives, for different reasons and at different times.
While the book pursues a mainly linear narrative, Braccia also provides glimpses of what John might say at various points in the story, if he were able to communicate verbally.Surprisingly, given the title of the book, John remains in the background for much of the story, yet the profound changes that he goes through dictates the course that the family's life takes at any one point. Through story-telling, Braccia calls on the reader to challenge their perceptions of what is means to live with autism, while also providing many useful, factual insights into the disorder. This is a book that both educates and entertains.
At times it feels that there is a little too much information about David's early life, although by the end of the book it is clear why Braccia has included such detail. However, the story moves along at a great pace, particular during the final third of the book when it becomes difficult to put down.
This is an ambitious first novel, dealing with a challenging subject about which much has already been written. Where Braccia succeeds is in telling a very human, unsentimental love story about a normal family that is called upon to do extraordinary things when challenged with autism and readers will be challenged, amused, informed, but above all, inspired by reading this book.

Robert1944
4.0 out of 5 stars I found this story to be so interesting
Reviewed in the United Kingdom on 6 November 2015
Could it be That Way is Michael Braccia’s first novel - well done.
The story is set in contemporary England somewhere in the Midlands. David, the protagonist, drops out of school at 16 and enters the real world of work. By chance, if you believe in chance, or by providence, if you believe in a higher power, he learns a valuable skill, IT, right at the beginning of the tech boom in the 80’s. Another blessing comes his way with meeting his future wife Anita. He is strengthened and supported by his family, his wife, his wife’s family, and valuable work skills for the challenge ahead: his only child, his son John, is severely autistic. Out of love for his son and empathy for other autistic children, David leaves behind a successful career in computers for a new career in education for autistic children.
One of the reasons I found this story to be so interesting is because I have someone in the family with autism.
Read more
One person found this helpful
Helpful
Report abuse
See all reviews
Back to top
Get to Know Us
Make Money with Us
Amazon Payment Methods
Let Us Help You
© 1996-2021, Amazon.com, Inc. or its affiliates