<![endif]--> Skip to main content
Could Do Better!: Help Your Kid Shine At School and over 8 million other books are available for Amazon Kindle . Learn more
Share <Embed>
Have one to sell?
Sell on Amazon 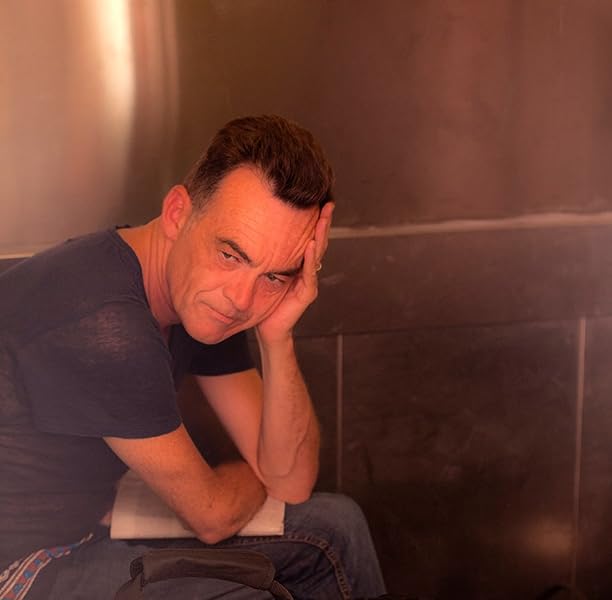 Could Do Better!: Help Your Kid Shine At School Paperback – 1 Aug 2007

Start reading Could Do Better!: Help Your Kid Shine At School on your Kindle in under a minute.

Phil Beadle is a former rock musician, the winner of the Secondary Teacher of the Year Award 2005, and the inspirational teacher who wowed the nation with his unorthodox teaching methods in Channel 4 series "The Unteachables". There, his bizarre but effective approach to teaching English included Punctuation Kung-Fu, and reciting Macbeth to a field of cows. Through techniques such as these Beadle seemingly achieved the impossible by successfully drawing out the desire to learn from a group of failing pupils. Now his focus is on spreading the word to parents: every child has the ability to learn, and to do better at school. In this book he tells parents that there is no such thing as a stupid child, only boring lessons. Intelligent, unconventional, humorous and inspirational, this hands-on guide blends personal anecdotes with the nitty gritty of how to best unlock your children's unique intelligence, and how to ensure they have the best possible chance to succeed at school.

He looks like a rock star and is probably the best teacher in England. John Humphrys · Every child has the ability to learn, and to do well at school. · There is no such thing as a stupid child, only boring lessons. · Every child has his or her own unique intelligence: such as the Mover, the Talker, the Thinker and the Dreamer. Phil Beadle is the inspirational teacher who wowed the nation in the Channel 4 series The Unteachables with his unorthodox but effective approach to teaching English, including Punctuation Kung-Fu, and reading Macbeth to a field of cows. Through unconventional methods such as these, Beadle achieved the seemingly impossible, by successfully drawing out the desire to learn from a group of disaffected, failing pupils. Now, in Could Do Better!, Phils focus is on spreading the word to parents: · Identify your childs special learning style · Make homework fun · Discover how teachers award marks · Help your child revise for exams · And much more!

Phil Beadle was until recently an English teacher in a secondary school in East London. He won Secondary Teacher of the Year Award in 2005. He writes a regular column in the Guardian and was the inspirational English teacher in Channel 4 's series The Unteachables. He lives in South East London with his wife and children.

amazonium
5.0 out of 5 stars 'Could Do Better' by Phil Beadle review
12 October 2014
Format: PaperbackVerified Purchase
In my humble opinion this is an excellent book written for parents of school aged children that should be helpful throughout their children's school years.
There is plenty of useful information in the book including practical advice which may be helpful for struggling students as well as more general advice on how teachers grade childrens work through the key stages (UK).
Also, it is nice to see an explicit mention of alternative educational theories in this book such as the theory put forward by Howard Gardner (Hobbs Professor of Cognition and Education at Harvard Graduate School of Education) which some teachers seem to believe has some practical and educational use in the classroom.
Recommended.

country mum
4.0 out of 5 stars Useful.
13 November 2013
Format: PaperbackVerified Purchase
I chose 4 as it was to go with other books. But one didn't arrive. Useful for all parents and teachers
Read more
Helpful
Comment Report abuse

Kjgeorge
2.0 out of 5 stars Two Stars
12 March 2015
Format: PaperbackVerified Purchase
First few chapters were fine, after that I just got bored with the book.
Read more
Helpful
Comment Report abuse

Ellepeapatz
5.0 out of 5 stars Refreshing read with good practical ideas.
7 August 2009
Format: Paperback
Best teaching book I've read in a while - loads of good ideas for parents and teachers. A slight drawback is some of the information pertains only to the English system, but it's just a small part of the book and the advice is still relevant. Made me laugh in places, which is unusual when reading something educational and I'm now paranoid about where to put commas!
Read more
2 people found this helpful
Helpful
Comment Report abuse

nrh1911
5.0 out of 5 stars 'Could Do Better' by Phil Beadle
6 September 2011
Format: Paperback
Excellent and helpful book. I bought this to support my own daughter through her A levels, but quickly found it also backed up my ideas as a teacher.
Gave me some new ideas to try in school as well as at home. A fantastic resource for both parents and teachers!
Read more
Helpful
Comment Report abuse

Jack Stewart
5.0 out of 5 stars Getting it right
18 February 2008
Format: Paperback
How can Phil lose? As soon as kids know he's a former rock musician, he's on his way. Who better than someone with the highest street- cred and `teacher of the year' to offer guidance to parents?

We know that whilst parents are the most important influence on a child's development, getting it right at school is almost equally important. Phil gets it just right with his wealth of experience, great writing style and sense of humour.

So, learn to help them at home, and help them at school!
Read more
6 people found this helpful
Helpful
Comment Report abuse

K. Holgate
5.0 out of 5 stars Can't do any better!
27 September 2007
Format: Paperback
This is an excellent book, written by a brilliant teacher. I read it as a parent and a teacher and was extremely impressed by Phil Beadle's style, approach and outlook. It is a truly fantastic book giving excellent help and guidance to parents. The education system is changing at such a rapid rate and let's face it we are all just trying to do the best by our children. Many thanks should go to Phil Beadle!
Read more
15 people found this helpful
Helpful
Comment Report abuse
There are 10 customer reviews and 11 customer ratings.
See all 10 customer reviews
Write a customer review

Go to Amazon.com to see all 1 reviews 5.0 out of 5 stars
Unlimited One-Day Delivery and more
Prime members enjoy fast & free shipping, unlimited streaming of movies and TV shows with Prime Video and many more exclusive benefits.
> Get Started