Cooked: A Natural History of Transformation and over 8 million other books are available for Amazon Kindle . Learn more

Share <Embed>
Have one to sell?
Sell on Amazon 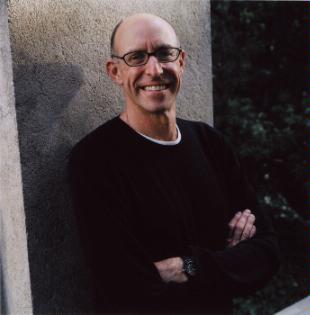 by Michael Pollan (Author)
4.6 out of 5 stars 955 ratings
See all formats and editions Hide other formats and editions
Note: This item is eligible for FREE click and collect without a minimum order. Details
Pick up your parcel at a time and place that suits you. How to order to an Amazon Pickup Location? Learn more

Start reading Cooked: A Natural History of Transformation on your Kindle in under a minute.

It's not often that a life-changing book falls into one's lap ... Yet Michael Pollan's Cooked is one of them. One it's impossible to read and not act on ... Embrace bacteria, cook thoughtfully and slow, and taste some of the most luscious food you've ever eaten, this powerful book says. And do it for the people you love as well as the invisible soldiers inside you who are fighting to keep you strong. Cooked is a book of revelations for today's hungry human animal. Be changed by it ― Sunday Telegraph

In Cooked, Pollan continues his campaign to get us to eat properly and pleasurably by making meals from scratch ... a warm, thoughtful narrative in which Pollan encounters everything from a surfing baker who makes the perfect sourdough to a cheese-making nun. This is a love song to old, slow kitchen skills at their delicious best -- Kathryn Hughes ― Guardian BOOKS OF THE YEAR

[A] rare, ranging breed of narrative that manages to do all ... In Pollan's dexterous hands, we get the science, the history, the inspiration, ultimately the recipe. What feels like all of it. It doesn't hurt that he also happens to be very funny ― Boston Globe

Pollan's book is many things, among them a memoir of learning to master the absolute basics of culinary creation: fire, water, air and earth. As Pollan chats with cheesemaking nuns and discovers Walt Whitman's views on composting, he reminds us that cooking used to be all about connection - with the world around us, with other times and cultures, and with those we cook for ... this book [is] both approachable and rewarding -- Hephzibah Anderson ― Prospect

As in The Omnivore's Dilemma, Pollan is never less than delightful, full of curiosity, insight, and good humor. This is a book to be read, savoured, and smudged with spatterings of olive oil, wine, butter, and the sulfuric streaks of chopped onion ― Outside

A thoughtful meditation on cooking that is both difficult to categorize and uniquely, inimitably his ... Intensely focused yet wide ranging, beautifully written, thought provoking, and, yes, fun, Pollan's latest is not to be missed by those interested in how, why, or what we cook and eat ― Library Journal

Having described what's wrong with American food in his best-selling The Omnivore's Dilemma (2006), New York Times contributor Pollan delivers a more optimistic but equally fascinating account of how to do it right ... A delightful chronicle of the education of a cook who steps back frequently to extol the scientific and philosophical basis of this deeply satisfying human activity ― Booklist

[Pollan] explores the same way a naturalist might, by studing the animals, plants and microbes involved in cooking, and delving into history, culture and chemistry ... he describes the remarkable transformations that take place in the humble saucepan ... Side by side with Mr Pollan the naturalist is the author as activist ... his book is a hymn to why people should be enticed back into the kitchen ― Economist

Michael Pollan is an award-winning author, activist and journalist. His international bestselling books about the way we live today - including How to Change Your Mind, In Defence of Food and Food Rules ­- combine meticulous reporting with anthropology, philosophy, culture, health and natural history. Time magazine has named him one of the hundred most influential people in the world. He lives in the Bay Area of California with his wife.

4.6 out of 5 stars
4.6 out of 5
955 global ratings
How are ratings calculated?
To calculate the overall star rating and percentage breakdown by star, we don’t use a simple average. Instead, our system considers things like how recent a review is and if the reviewer bought the item on Amazon. It also analyses reviews to verify trustworthiness.

L. Astbury
5.0 out of 5 stars One amazing read
Reviewed in the United Kingdom on 13 November 2014
Verified Purchase
I bought this book for myself, finished it and passed it on to my daughter, but then had to get another copy as I couldn't bear to be without this book. I have to keep re-reading the section on the making of the Saint-Nectaire cheese - one of the most awe inspiring and profound things I've ever read. It made me stop and think a What IS that! in response to the description of the fascinating system of micro-organism processes taking place to produce - a cheese. Just stopped me in my tracks and I haven't stopped thinking about this since. I wasn't going to read the section on the pit- masters as I am veggie, but I did and was very glad I did, so much I didn't know. The entire book is very informative, inspiring, and very enjoyable. I can't recommend this book too highly, the appreciation of all our food and the love of cooking is there for everyone, and I find this book a continuous source of inspiration. Thank you, Michael Pollan.
Read more
7 people found this helpful
Helpful
Report abuse

George Mum
5.0 out of 5 stars Great book!
Reviewed in the United Kingdom on 22 August 2014
Verified Purchase
Entertaining and really informative book. This is both a set of stories and explanation of much of the magic of cooking that I hadn't really understood.
A great gift for a foodie friend. Not too technical, not too long, I loved it.
Read more
Helpful
Report abuse

Mini Lavette
5.0 out of 5 stars Another fascinating book by Michael Pollan
Reviewed in the United Kingdom on 16 April 2016
Verified Purchase
Written entirely from practical experience while researching the book, the reader follows the author's journey as he learns all the most basic, but vital, styles of cooking and food preparation. Surprising, entertaining and educational, you'll never see beer, bread or cheese in the same way again!
Read more
Helpful
Report abuse

Josh B
5.0 out of 5 stars Best thing since sliced bread
Reviewed in the United Kingdom on 22 March 2016
Verified Purchase
Having watched the documentary of this book on Netflix I was eager to know more. This book doesn't cover any thing extra than the series but the detail is much greater. I have tried Michael's sour dough recipe 3 times now and I've finally cracked it (photo attached)
Read more

5.0 out of 5 stars Best thing since sliced bread
By Josh B on 22 March 2016
Having watched the documentary of this book on Netflix I was eager to know more. This book doesn't cover any thing extra than the series but the detail is much greater. I have tried Michael's sour dough recipe 3 times now and I've finally cracked it (photo attached)
Images in this review

Manda K. Stone
5.0 out of 5 stars An inspiration!
Reviewed in the United Kingdom on 12 June 2014
Verified Purchase
Michael Pollan is an inspiration! I have read all of his books so was very excited when I saw this one had been published. It certainly lived up to expectation. Different in many ways from his other books equally fantastic. Can't wait for the next one. It is the kind of book that you have to read several times to get everything from it.
Read more
Helpful
Report abuse

K Cliffe
3.0 out of 5 stars Three Stars
Reviewed in the United Kingdom on 2 January 2015
Verified Purchase
Not as good as his in defence of food
Read more
One person found this helpful
Helpful
Report abuse
See all reviews
Pages with related products. See and discover other items: chemical engineering, the omnivore's dilemma
Back to top
Get to Know Us
Make Money with Us
Amazon Payment Methods
Let Us Help You
© 1996-2021, Amazon.com, Inc. or its affiliates