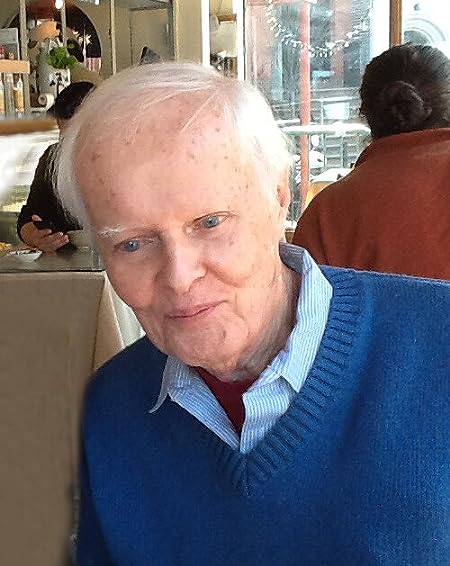 Follow to get new release updates, special offers (including promotional offers), and improved recommendations.
Clifford Browder is a writer living in New York. He has published two biographies, a critical study, and three nonfiction works about New York and New Yorkers in his Wild New York series: No Place for Normal: New York, Fascinating New Yorkers, and New Yorkers: A Feisty People.

His Metropolis series of historical fiction set in nineteenth-century New York has five novels to date: The Pleasuring of Men (his only gay-themed work), Bill Hope: His Story, Dark Knowledge, The Eye That Never Sleeps, and Forbidden Brownstones. His poetry has appeared online and in print.

His blog, No Place for Normal: New York, is about anything and everything New York.

A longtime resident, he lives in Greenwich Village high above the Magnolia Bakery of "Sex and the City" fame, and thinks New York is the most exciting city in the world.

He has never owned a television, a car, or a cell phone. Mostly vegan, he is fascinated by slime molds, never kills spiders, and eats garlic to fend off vampires. (So far, it seems to be working.) 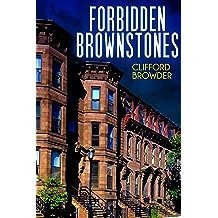 Forbidden Brownstones 29-Dec-2020
by Clifford Browder
( 2 )
£4.34 £16.95
In New York City, mid 1800s, Junius Fox, an educated young black man, is fascinated by the brownstones where the white gentry live. He yearns to live in one, to know it and possess it. After years of longing, Junius finally gets close to satisfying his obsession when he finds work as a waiter in a brownstone owned by a widow.

But when the widow dies, Junius takes up a job as butler in the sumptuous brownstone of Madame Ida, who runs the most exclusive brothel in the city. Madame Ida offers her aging white male clientele the illusion of freshness, propriety, and youth.

Junius loves the house’s ornate furnishings, savors its aromas, caresses its surfaces. He even finds love with Ida’s personal maid, Thelma. But Junius struggles to hold on to his brownstone, facing racial and sexual prejudice, a sudden death in the parlor, and an inevitable decision between true love and an absorbing but unobtainable obsession.
Read more
Other Formats: Paperback 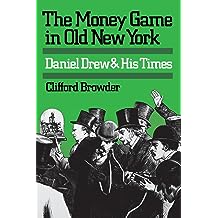 An uneducated farm boy from Putnam County, New York, he became in turn a successful cattle drover, a circus clown, tavern keeper, a shrewd Hudson River steamboat operator, and an unscrupulous speculator. As the colorful "Uncle Daniel" of Wall Street-his whiskered face seamed with wrinkles and twinkling with steel-gray eyes—time and again he disrupted the financial markets with manipulations whereby he either won or lost millions of dollars.

Having "got religion" upon hearing a scary hell-fire sermon at the age of fourteen, Drew was also a fervent Methodist. Rumors of his financial operations—epic struggles that pitted him against Cornelius Vanderbilt, Jay Gould, and Jim Fisk, and that subjected him to threats of arrest and even kidnapping, and on one occasion to a most undignified flight from the state-baffled and disturbed the Methodists, who admittedly had little grasp of Wall Street but knew firsthand Brother Drew's tearful repentance at prayer meetings and his generosity in founding churches and seminaries.

With its dual commitment to religion and rascality, Drew's career is a rich study in contradictions, an exciting chronicle of high drama and low comedy capped by bankruptcy. To understand Drew in his complexity, the author argues, is to get a grip on the heady and exploitative age that produced him—the yesterday of "smartness" and "go ahead" that helped engender the America of today. Based on primary sources, this is the first full-fledged biography of Drew, who hitherto has been known chiefly through a fictionalized and fraudulent account of 1910. 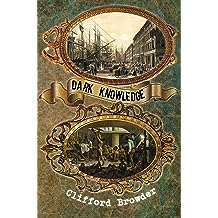 Dark Knowledge 12-Jan-2021
by Clifford Browder, Anna Faktorovich
( 1 )
£2.19 £14.63
New York City, late 1860s. When young Chris Harmony learns that members of his family may have been involved in the illegal pre-Civil War slave trade, taking slaves from Africa to Cuba, he is appalled. Determined to learn the truth, he begins an investigation that takes him into a dingy waterfront saloon, musty old maritime records that yield startling secrets, and elegant brownstone parlors that may have been furnished by the trade. Since those once involved dread exposure, he meets denials and evasions, then threats, and a key witness is murdered. Chris has vivid fantasies of the suffering slaves on the ships and their savage revolts. How could seemingly respectable people be involved in so abhorrent a trade, and how did they avoid exposure? And what price must Chris pay to learn the painful truth and proclaim it?“The author’s series is well-researched and full of likable, interesting characters, and this latest novel is no exception. Harmony’s quest for truth and his moral absolutism are admirable, in part because he is a young, somewhat naïve man. Browder cleverly pits young Harmony against older characters as a device to show differing viewpoints and approaches to the world and all its glories and sins… Browder does a commendable job by balancing out the characters’ different opinions about the former slave trade, and the book never reads as apologetic literature. [It] may inspire readers to do some research on their own.” —The US Review of Books, Gabriella Tutino“This was an excellent book. I really enjoyed reading about the history of the American illegal slave trade. I learned quite a bit about that horrid practice right along with the characters of the book. Chris is quite innocent and a bit of a babe in the woods, but he is not a complete fool as he does not completely trust his cousin or uncle. His sister Sal is a delight to read as she is smart, fresh, sassy, and progressive for her times like taking up shooting lessons. Cousin Rick was another delightful character. He would breeze in shake things up and then sweep back out to sea again. Overall this novel is worth reading and I highly recommend it.” —Nicole Williamson, April 11, 2018, Midwest Book Review“It’s a historical mystery, with a lot of family dynamics happening, and with a bit of a love story, too… Browder has done a lot of research into what trade and shipping was like back then. 4*” –Laurie Brown, Book Worm Is My Totem, September 20, 2017Clifford Browder is a writer living in New York. He has published a critical study of the Surrealist author André Breton, and biographies of the Wall Street financier Daniel Drew and the notorious abortionist Madame Restell. His novel The Pleasuring of Men (Gival Press, 2011) is the first in his Metropolis series of historical novels set in nineteenth-century New York. A collection of posts from his blog, No Place for Normal: New York/ Stories from the Most Exciting City in the World (Mill City Press, 2015), won first place in the Travel category of the 2015-2016 Reader Views Literary Awards; the Tenth Annual National Indie Excellence Award for Regional Non-Fiction; and Honorable Mention in the Culture category of the Eric Hoffer Book Awards for 2016. His poetry has appeared in various reviews, both online and in print.
Read more
Other Formats: Hardcover , Paperback 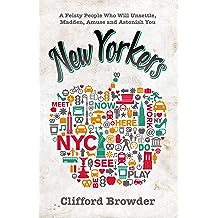 Clifford Browder’s New Yorkers is the quirky memoir of a longtime resident who loves his city, a selective glance at that city’s amazing history, and a bit of a travel book, all rolled into one.

It’s for people who love (or hate) the city, and people who have visited or want to visit it.

Readers will learn
• Who New Yorkers are and how they live and die
• How many languages are spoken there (you’d be surprised)
• How many witches there are (you'd be surprised)
• Whose funeral caused an all-day riot
• Why a cemetery offers trolley-car tours and whiskey tastings
• How Fifth Avenue went from goats to grandeur
• How your taxi driver may be a Tibetan, a Sherpa from Nepal, or a gypsy
• How the Statue of Liberty almost didn’t happen
• Which flashy modern hotel would-be suicides should avoid at all costs, and why
• How the author learned the Charleston on YouTube, proof that geezers rock.

New York is the most exciting city in the world. Everyone should know it, at least a little. It’s unique.
Read more
Other Formats: Paperback 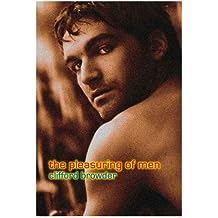 The Pleasuring of Men 22-Oct-2011
by Clifford Browder
( 3 )
£3.82 £12.27
In New York City in the late 1860s, Tom Vaughan, a respectably raised young man, chooses to become a male prostitute servicing the city’s affluent elite, then falls in love with Walter Whiting, a renowned scholar and lecturer who proves to be his most difficult client. Having long wrestled with feelings of shame and guilt, Whiting, a married man, at first resents Tom’s easy acceptance of his own sexuality. Their story unfolds in the clandestine and precarious gay underworld of the time, which is creatively but vividly created. Through a series of encounters–
some exhilarating, some painful, some mysterious—Tom matures, until an unexpected act of violence provokes a final resolution.