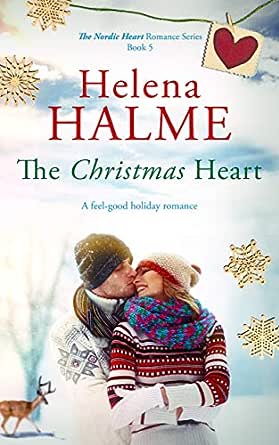 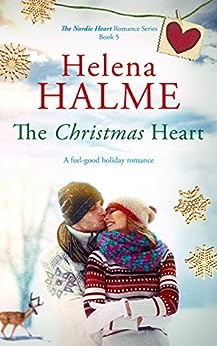 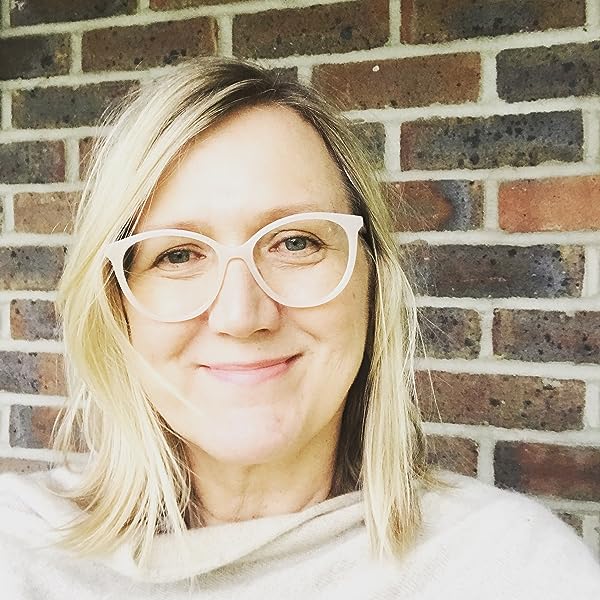 Page 1 of 1 Start overPage 1 of 1
This shopping feature will continue to load items when the Enter key is pressed. In order to navigate out of this carousel please use your heading shortcut key to navigate to the next or previous heading.
Back
Next
Amazon Business : For business-exclusive pricing, quantity discounts and downloadable VAT invoices. Create a free account
Also check our best rated Romance Book reviews

4.9 out of 5 stars
4.9 out of 5
16 customer ratings
How does Amazon calculate star ratings?
Amazon calculates a product’s star ratings based on a machine learned model instead of a raw data average. The model takes into account factors including the age of a rating, whether the ratings are from verified purchasers, and factors that establish reviewer trustworthiness.
Top Reviews

Expat in London
5.0 out of 5 stars Great romantic read with a twist!
Reviewed in the United Kingdom on 25 October 2018
Verified Purchase
I have read all the previous books in the Nordic Heart Series and it was lovely to meet the characters again as they have matured.

I could so well see the Swedish ski resort Åre in front of my eyes as I read the book and it really made me miss the winter and the snow.

Great that the unexpected and nicely set up reunion with the 'Rich Boy’ had an additional twist, it added to the story and made it more believable as Kaisa's life has certainly never been predictable.

This book, like the author’s previous ones, kept me totally hooked and ruined my sleep as I had to finish it in one go. The biggest problem was waking up the morning after and realising that there is no more to read.
Be prepared to not get things done once you dive in!

The book works perfectly as a stand alone read but you do get more out of the storyline if you have read about Kaisa’s earlier life and if you have not, you certainly will want to after The Christmas Heart!

Alison Morton
5.0 out of 5 stars Perfect as an intelligent Christmas romantic read
Reviewed in the United Kingdom on 10 December 2018
Verified Purchase
A touching story of later love, romantic without being sentimental. The author obviously knows the setting for her book very well and we see the Swedish ski slopes very clearly. A lovely addition to her Nordic series.
Read more
One person found this helpful
Helpful
Comment Report abuse

Jan Colmey
5.0 out of 5 stars More about Kaisa
Reviewed in the United Kingdom on 20 February 2020
Verified Purchase
Carries on from The Nordic Heart series but Kaisa is now older and on holiday with her best friend. Another lovely read from Helena Halme.
Read more
Helpful
Comment Report abuse

Castaway from Kerala
5.0 out of 5 stars Live for the moment
Reviewed in the United Kingdom on 30 October 2018
Verified Purchase
I thoroughly enjoyed the characters and the setting.
The book was engaging, entertaining and you can easily relate to them.
I liked the lesson in it as well - we all deserve a second/third chance and it is better to live for the moment and see what happens.....
Read more
One person found this helpful
Helpful
Comment Report abuse

Amazon Customer
5.0 out of 5 stars Heart-warming, addictive read
Reviewed in the United Kingdom on 1 January 2019
Verified Purchase
An absolutely perfect read for the holiday season! I found myself unable to put down this romance novel and read it all in one setting - loved the characters and could sympathise so much for the main protagonist, her charm and insecurities. Really recommend!
Read more
One person found this helpful
Helpful
Comment Report abuse

Frederique
5.0 out of 5 stars Romance at its best
Reviewed in the United Kingdom on 1 January 2019
Verified Purchase
The perfect read for the Winter break. Engaging characters and a great plot in a most attractive setting ...the Swedish Alps. A wonderful book to read in one relaxing afternoon.
Read more
One person found this helpful
Helpful
Comment Report abuse

donnasbookblog
5.0 out of 5 stars Five stars from me, very highly recommended – I thoroughly enjoyed it!
Reviewed in the United Kingdom on 18 November 2018
I am well in to my festive reading for 2018 now and this was another fantastic story I have had the pleasure of reading!

I loved the plot for this one and it has a really lovely setting. The author sets the scene so well and at times I felt as thought I was there living with the characters. The characters themselves are well developed and I really enjoyed their interaction-it is a lovely heart-warming story that left me feeling all warm and cosy – it was the perfect book to wrap myself up in the warm with a hot drink and a sneaky biscuit.

I didn’t realise that this book was part of a series and it reads absolutely fine as a stand alone, but I will be looking to get the previous books to read as I enjoyed this one so much!

Kivi
5.0 out of 5 stars This is what you need pre-Christmas!
Reviewed in the United Kingdom on 6 November 2018
One of my favourites of the Nordic heart series for sure. It's snowy, it's Christmas and there's a change for happiness. You also learn what has happened to Kaisa since she left England with her daughter and moved back to Finland (in the previous book), and you get to hope for a happily ever after for her. Even though Helena's stories always make me cry, they also always give me hope for the future.
Read more
One person found this helpful
Helpful
Comment Report abuse
See all reviews from the United Kingdom

Weezie
5.0 out of 5 stars What a wonderful ending of a stor
Reviewed in Canada on 2 November 2018
Verified Purchase
I just loved everyone that was part of this love story!
I’ve read every book of this story n I could tell u to go n buy all of them n read this wonderful story!
U won’t regret it!
Read more
Helpful
Sending feedback...
Thank you for your feedback.
Sorry, we failed to record your vote. Please try again
Report abuse

Tim
5.0 out of 5 stars Romance for Older Couples
Reviewed in the United States on 1 March 2019
Verified Purchase
I enjoyed this book. I am not a skier and the setting of this book is at a ski resort and sking. There are a lot of sking terms that I just was not familiar with so I spent time looking them up on the internet. Also, the book is set in the Swedish Alps and there were a lot of English, Finnish, and Swedish terms used that I also had to look up. But I like when I learn things when reading even when reading for fun. There are several things that I appreciate about this book. One is these were actual towns and resorts that I was able to lookup on the Internet in order to get the pronunciation for them. Secondly, I liked that the romance is centered around an older couple Tom who is 60 and Kaisa who is in her middle 50s. Tom and Kaisa are both becoming empty nesters. Kaisa's daughter, Rosa is wanting to spread her wings and is headed off on her on vacation at Christmas time for fun in the sun. Tom has been forced to leave his sons in Milan with his ex. Tom and Kaisa have known each other since College. Tom accompanies his friend Ricky to the resort and Kaisa accompanies her friend Tuuli to the resort and they meet up spending Christmas together.

One of the things I liked about this book is that it was not overly graphic love making scenes and gave just enough information that ones imagination is enough. Also profanity was nearly non-existent in this book which goes to show you that it isn't necessary to tell a good story.
Read more
Helpful
Sending feedback...
Thank you for your feedback.
Sorry, we failed to record your vote. Please try again
Report abuse

Avid Reader
5.0 out of 5 stars 🎿Kaisa's an empty nester when a blast from the past brings another chance at love❤
Reviewed in the United States on 27 October 2018
Verified Purchase
4.5 🌟 stars
After the heartbreaking way the previous book in this series (The True Heart) ended, I really enjoyed revisiting Kaisa about 20 years later to find out how she and her daughter fared. I think it's great that the author brought Kaisa back as a mature, active women with a fully functioning libido and a social life that does not revolve around her grown child. Her holiday ski trip definitely has some down elements, but reconnecting with Tom, a handsome old friend who, but for circumstances, would have been more, is not one of them.

I like Halme's crisp, clean prose and the plot is a fine second chance romance. And the setting in the Swedish Alps during the Christmas holidays, just screams winter, hot toddies and snuggling by the fire after a day🎿 on the slopes. A perfect picture of a winter escape!:-)
Read more
Helpful
Sending feedback...
Thank you for your feedback.
Sorry, we failed to record your vote. Please try again
Report abuse