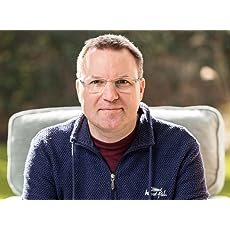 Follow to get new release updates, special offers (including promotional offers), and improved recommendations.
I've been a multi-genre author since 1991.

My favourite work to date is 2019's "Tow Away Zone", a quirky small-town comedy drama, set in modern day Arizona. It has shades of the Coen Brothers' film canon, and the black comedy Grosse Pointe Blank.
It's been well-received by readers, with 5* reviews on Amazon.

In 2020 I published the sequel - "Go Away Zone" - which take the characters into a romcom caper with more love and livelihoods at stake. In 2021 I'm hoping to complete the trilogy.

My sci-fi journey started with space opera "Scared Ground" being available on Kindle in 2012.
It explores the deliberate, and accidental, casualties of a long interstellar war. It's about uncertainty, faith, and the consequences of actions.

In 2018 I self-published my 2nd sci-fi novel - "Imperfect Isolation - which embraces robotics, asteroid mining and a snowy drive in an 80-year-old Porsche. It's a wild ride for my wisecracking heroine Enna.
The sequel, "Reprisals", followed in 2019. This takes the heroes of the first book, and the consequences of their actions, and dials up the stakes for their survival.
In early 2021 I released the 3rd instalment, "Trip Hazard".

I'm currently editing a reflective Western, which was developed from my 2005 screenplay script. It explores prejudice against the deaf community and the Native Americans, as a man struggles to reconnect with his lost son and come to terms with his own failings.

I've written a collection of offbeat humorous stories and vignettes in the style of early Woody Allen prose - a real inspiration for me. "The Real Jamie Oliver and Other Stories" is basically a window into my nonsensical side. 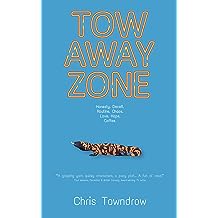 Tow Away Zone (The Sunrise Series Book 1) 02-Oct-2019
by Chris Towndrow
( 7 )
£2.99 £5.49
When a travelling salesman with monochromatic vision finds a town that’s not on the map, he must choose between romance and a long-held promise of untold riches.

Beckman Spiers is a grey man in a grey world—and he’s happy with that.
After 12 years of routine and grind, he’s again fighting to become Number One Salesman of the Year. Legend has it, Number Ones get so rich, they never work again. With a week to go, Beckman is gaining on his nemesis, smooth-talking Tyler Quittle.

When a chance blowout on a deserted Arizona highway leaves Beckman stranded, the mysterious Saul arrives, and tows him to the strange neon-lit town of Sunrise. Here, he meets the glamorous Lolita Milan and his fortunes change.
Yet, Sunrise’s small-town charms conceal secrets, and his world becomes one of private investigators and backstabbing business deals.
What will he have to do to reach Number One? And what will he do if he wins the race?

In this comedic, stylistic, and mysterious story, meet the most unique characters and get pulled into the colourful world of Sunrise.
Read more
Other Formats: Paperback 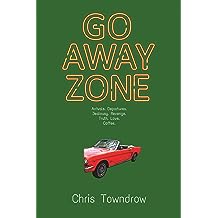 If Beckman Spiers thought life and love had been all figured out when he arrived in Sunrise, met Lolita Milan, and changed his career, he’s about to find out things aren’t that easy.

This quirky town has a secret, and Lolita’s ex-boyfriend has a scheme that threatens to scupper Beckman’s new job, destroy Lolita’s business ambitions, and drive a wedge between them.

The only way out may be to gamble everything – even their own lives. 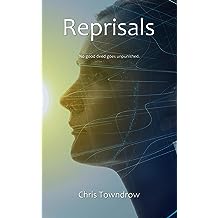 Reprisals (Enna Dacourt Book 2) 27-Sep-2019
by Chris Towndrow
£1.99 £6.49
A test flight crashes on the Moon.
A key trial witness is killed while under police protection.
The death of a leading roboticist, seemingly cut and dried, suddenly looks suspicious.
To cap it all, Enna Dacourt receives a marriage proposal from the man she loves.
She knows that at least one of these is her fault.
Hiding in the shadows, others blame her for everything, and are bent on reprisal.

Can she track down the source of all the ills which befall not just her, but the many lynchpins in the struggle between two corporate tech giants?
And will she find time amidst all this madness to respond to Tom’s question?
Read more
Other Formats: Paperback 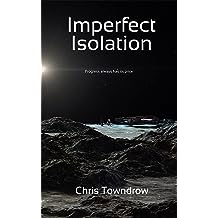 Imperfect Isolation (Enna Dacourt Book 1) 30-Oct-2018
by Chris Towndrow
( 1 )
£1.99 £6.99
In northern Sweden, the son of local cop Kennet Carlsson comes across the body of Andreas Lindt, a crewman listed as being over 250 million miles away aboard the Fleet science ship Belgrade. The ship has been reported missing.

Escaping the apparently doomed ship, Lieutenant Enna Dacourt is forced to pilot a shuttle towards an inconsequential asteroid. Her captor is Andreas Lindt.

In New York, a murderer is found dead. His accomplice takes flight towards the border, fearing that unseen powers are at work.

At a chateau in rural France, two men await a signal that will determine the fate of their unsuspecting hosts.

Soon, Enna discovers that the luck of her escape is nothing of the sort. She is a pawn in a scheme that a powerful man cannot afford to lose.
Read more
Other Formats: Paperback 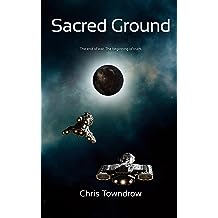 Sacred Ground 24-Aug-2012
by Chris Towndrow
( 1 )
£2.99 £6.99
The war is over. Everyone should embrace peace, but Rakkel is struggling with his emotions. As one of the most valued and successful warship captains within the Placer race’s space-faring Fleet organisation he faces a future that is anxiously unfamiliar.
Long distant from this, a disgruntled Xarrt warrior holds his ship in ambush. He attacks a defenceless Placer outpost, killing thousands. The news enrages Leader of the Placers, Izah, and he instructs that Rakkel be set to catch this fiend.
A religious Placer leader, Ar-Bekan, rallies his followers during a meeting of the Cult of the Chosen. The end of the war gives them the opportunity to reach out into space and seek the mythical land of their forefathers. An accusation has been made that the establishment of a military outpost called Farway during a critical phase of the war many years before destroyed more planetary life than just a few harmless plants. An investigative mission is ordered.
Rakkel starts to hunt down the rebel Xarrt, simultaneously fighting his own demons. This unknown warrior is the only thing keeping the war alive in some small way – and ending the war would be to end his career and life as he knows it.
As Ar-Bekan and his disciples head to Farway to seek their faith’s one true goal, and Rakkel prepares to stop there for refuelling so he can continue his military quest, the investigation into the colony’s genesis begins – the post-mortem on the morality of wartime behaviour. More than one person holds a secret, more than one seeks a truth, and more than one is in denial.
As the past begins to catch up with them all, love and hate reach out, life and death. Is this really peace? If it is, how many endings and how many beginnings does it nurture?
Read more
Other Formats: Paperback 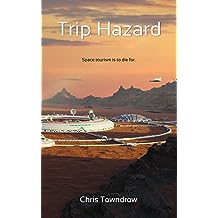 Trip Hazard (Enna Dacourt Book 3) 11-Jan-2021
by Chris Towndrow
£1.99 £5.49
A third mishap in as many months has nearly befallen the tourist trade on Mars.
Enna Dacourt, however, senses it was no accident. Only her quick thinking prevented further depletion of public confidence, which threatens to hand the initiative to competitor Artemis Outland, the Moon tourism specialist.

Is this all the work of pacifist anti-colonisation activists OnePlanet, or are other forces at work?

Can Enna, unexpectedly pregnant but unwilling to compromise her work ethic, unpick the web of conspirators who threaten not only the organisation she holds dear, but ultimately the lives of her new family? 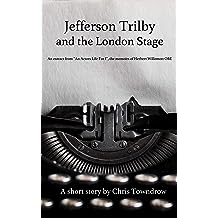 Jefferson Trilby And The London Stage 15-Jan-2020
by Chris Towndrow
£0.79
How a noted thespian came across the talentless playwright Jefferson Trilby, and the dire theatrical misses he endured watching.
Read more 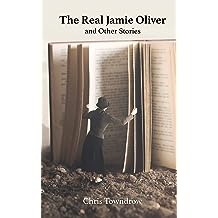 The Real Jamie Oliver and Other Stories 30-Oct-2018
by Chris Towndrow
£1.29 £2.99
How did the Pebble Crab become extinct?
What is the real meaning behind Drominivich’s 4th Symphony?
How many yellows are there?
Why is the alphabet in that order?
Find out the answers to all this and less!
Explore the wonderful life story of the world’s foremost pantomime horse duo!
Plus of course, get to know the real Jamie Oliver.

A collection of comedic vignettes and absurd short stories, bereft of a single grain of truth, and guaranteed to raise many a smile.
Whimsical, curious, and mercifully cheap.
Read more
Other Formats: Paperback 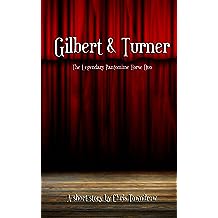 Gilbert & Turner: The Legendary Pantomime Horse Duo 12-Nov-2013
by Chris Andrews
£0.79
Surely the most famous pantomime horse stalwarts of the last fifty years, Gilbert and Turner carved a matchless niche in the industry, and we must take this time to look back over their lives and career.
Read more 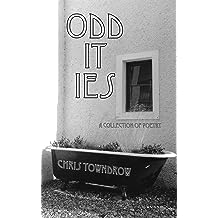 Oddities: A collection of poetry 25-Aug-2012
by Chris Towndrow
£0.79
A series of off-centre, sometimes surreal poems. Plus a few normal ones. Plus some haikus, all on a particular theme.
Read more