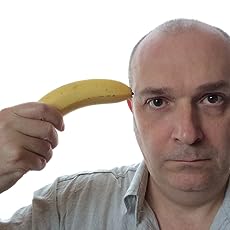 Follow to get new release updates, special offers (including promotional offers), and improved recommendations.
Chris Page was born in Sweden in 1962, and brought up in Gloucestershire in the UK. He has lived in London, New York, and, since 1989, in Japan with his Japanese wife and three kids and big, fat, black and white cat.

Chris is the author of the novels Another Perfect Day in ****ing Paradise, Sanctioned, Weed, King of the Undies World, and The Underpants Tree (all available in paperback and ebook formats from Amazon) and Un-Tall Tales (paperback only).

In July 2002 The London Magazine featured the short story The Freebie, which is included in both Shorts and Un-Tall Tales.

When not startling the literary world with his fiction, he startles with his non-fiction. He was the chief editor of Kansai Scene magazine for eleven years and was briefly the owner. Writing on a broad range of topics, such as current affairs, culture, society, literature, and film, he has contributed to the TalkRadio, BBC World Service, CBC (Canada) TV News 1, in The Japan Times, Time Out Kyoto City Guide, The London News Review, Kansai Scene, Tokyo Scene, The Gloucester Citizen, Kansai Time Out and various independent publications and web sites. He has written commercial copy for many clients, including Sony and Thai Airways.
Read more 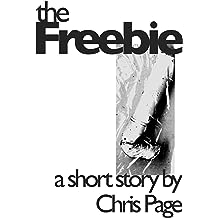 The Freebie 07-Oct-2019
by Chris Page
£0.77
Musical wannabe Billy Freeb's fifteen minutes of fame are upon him. Fame, alcohol, sex, drugs, and lots of curry await. Will he survive?
Read more 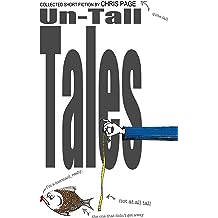 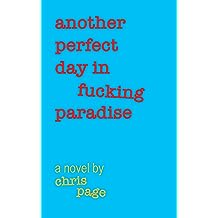 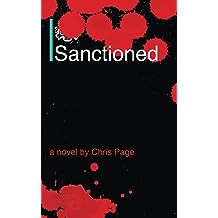 Sanctioned 01-Jun-2017
by Chris Page
£1.78 £7.79
Britain is sinking under the weight of scroungers, skivers, shirkers, refugees, migrants, libtards and experts. The economy is hobbled and the very fabric of society is in need of a good scrubbing. Gideon Smith, an agent of the Department of Aspiration, has been tasked with doing something about it — and in no uncertain terms.
Read more
Other Formats: Paperback 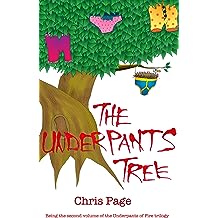 Sir Hades Gousset — underwear magnate, king of the undies world, the biggest man in pants — has only ever seen underwear as a force for good. That is, until the mysterious Dr Hieronymus Mangler appears with a fiendish new technology that threatens Hades’ monopoly and his grip on the world of nether-wear.

Mangler’s technology has more sinister purposes than business competition and his ambitions go beyond mere financial profit. The battle between Hades and Mangler for control of this vital undergarment becomes a titanic struggle for the soul of humanity itself, and leads to not just one, but two apocalypses, in a conflict that rocks civilisation to its foundation wear.

The Underpants Tree is the second volume of The Underpants of Fire trilogy. The first volume is King of the Undies World.
Read more
Other Formats: Paperback 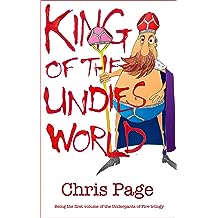 King of the Undies World (Underpants of Fire Book 1) 06-Jan-2015
by Chris Page
£1.77 £5.49
Victoria Gousset, rich, beautiful, daft, and heir to an improbably massive fortune, has been kidnapped.
Her father, mercurial underwear magnate Sir Hades Gousset, sees a way to make capital from the kidnap of his daughter and sets his own cunning plan in motion.
Persephone Gousset, volcanic wife of Hades, discovers her husband’s ruse to exploit his daughter's predicament and hatches her own plot to teach her scheming husband a lesson.
The farcical collision of these events propels Victoria on a misadventure that takes her across continents and beyond, while catapulting the Goussets, their friends and enemies into a series of catastrophes that eventually threaten the destruction of the planet.

And all because of some pants.

King of the Undies World is the first volume of the Underpants of Fire trilogy in which Sir Hades, Victoria and Persephone continue their adventures in underwear.
Read more
Other Formats: Paperback 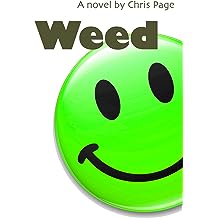 Weed 04-Feb-2011
by Chris Page
( 1 )
£1.77 £6.49
In his professional and personal life Robert D Weed is deemed totally useless — or, perhaps, he is the smart one and everyone around him is daft.
Robert is a human weed who is tugged and pulled by a world that wants to uproot him but which discovers that he cannot be so easily tossed on the compost.
Fiction/Comedy/Satire
Read more
Other Formats: Paperback