and over 8 million other books are available for Amazon Kindle .
Share <Embed> 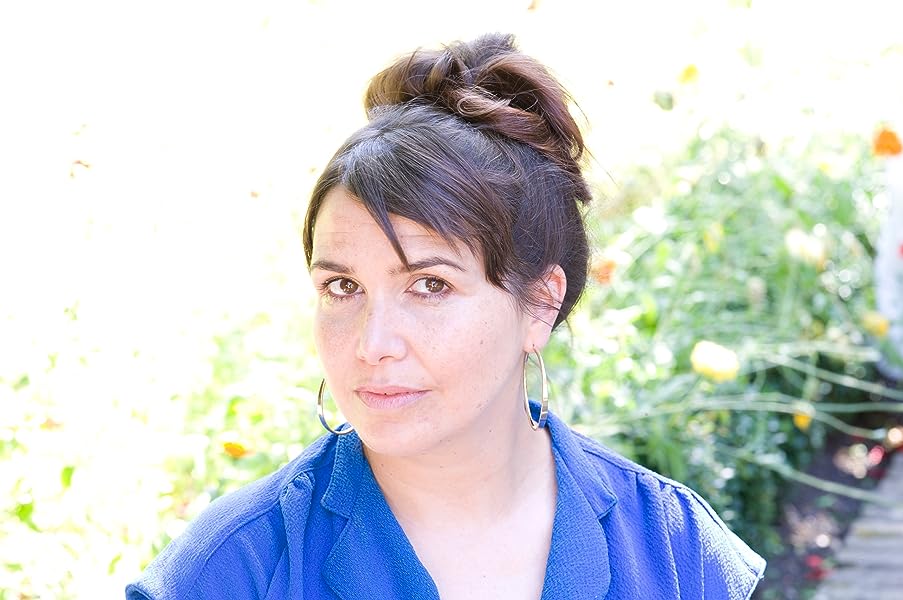 4.6 out of 5 stars
4.6 out of 5
19 customer ratings
How does Amazon calculate star ratings?
Amazon calculates a product’s star ratings based on a machine learned model instead of a raw data average. The model takes into account factors including the age of a rating, whether the ratings are from verified purchasers, and factors that establish reviewer trustworthiness.
Top Reviews

The Ghostwriter
5.0 out of 5 stars There’s good integration between the fictional and the real
Reviewed in the United Kingdom on 14 November 2014
Verified Purchase
This is an exciting book. The writing is strong throughout, lucid and powerful. It’s a vivid evocation of a world, a time - the music scene in the 90s: a world of tours and vans and bars and roadies and record-companies and cocaine and after-parties. It feels known and reflected on rather than researched. There’s good integration between the fictional and the real, between, for example, the band in the novel and Nirvana. The characterisation is very strong, presenting real people - distinct, idiosyncratically voiced. The main character, Carl, is only seen through the eyes of other people, but the charisma, the uniqueness, is very well done, a central figure strongly-drawn enough to carry the book, even though he’s absent for nearly all of it, recollected by his friends. The rock journalist Chris Harris is a terrific creation: seedy, corrupt, touched with genius. The subsidiary characters are sharply focused too - the grumpy roadie with his dope and his horrible taste in music, and the weird and sinister hobo Dom. The chronology is very effectivly handled: the way time passes, outside in the world and inside in memory, how the past is gone but still present.
Read more
Helpful
Comment Report abuse

Anon
5.0 out of 5 stars Really compelling
Reviewed in the United Kingdom on 2 September 2016
Verified Purchase
I found the music industry setting was interesting, coherently used through the book and, as an era from my youth, carried a good dose of nostalgia for me. But what made me unable to put this down were the dynamics being shown between a well constructed mix of characters. The events being explored continuously showed the influence people can have on each other, the varying depth and breadth to which others can impact self-perceptions and personal motivations, as well as considering differing opinions, memories, and the limitations and biases affecting understanding others too. The inclusion of the wider social reactions to the main characters and events was a great additional layer for this. Excellent read.
Read more
Helpful
Comment Report abuse

Paul Widdowson
5.0 out of 5 stars Impossible to put down!
Reviewed in the United Kingdom on 3 November 2014
Verified Purchase
Sex, drugs and rock and roll like it is, not how you want it to be. Characters you empathise with, even if you don't like them - I really didn't like Chris but I did "get" him...

A fantastic first novel that took me back to a time I'd almost forgotten!

Fintan Brennan
5.0 out of 5 stars a must read for 90s indie fans and those who missed it too
Reviewed in the United Kingdom on 3 December 2014
Verified Purchase
As a kid of the 90s I found Chinaski bang on in its depiction of indie bands and music mania in the days before Twitter, reality stars and downloads. Each of the characters were really well fleshed out and it was bittersweet reading about the rise and rise of the band knowing ultimately how it would end. Chris Harris stayed with me long after I finished reading-what a horrible man! I really liked the ending as well and how it links back to the start nicely (am trying not to give too much away). Can't wait to read more from Frances Vick.
Read more
Helpful
Comment Report abuse

HMH
5.0 out of 5 stars Loved this book
Reviewed in the United Kingdom on 26 November 2014
Verified Purchase
Loved this book. It is well written, well structured and full of interesting characters living through an interesting time. Those of us of a certain age will find it impossible not to reminisce!
Read more
Helpful
Comment Report abuse

terry jones
5.0 out of 5 stars An amazing find
Reviewed in the United Kingdom on 27 December 2014
Verified Purchase
What an amazing find! It's hard to believe it's her first novel. The research that must have gone into drawing the reader into the music scene was so impressive. The character of poor sad Lydia stood out for me& the change of pace half way through from the almost bleak to almost optimistic was riveting. Couldn't put it down& look forward to her next novel. Can't wait! Blover
Read more
Helpful
Comment Report abuse

CarlaB
2.0 out of 5 stars A real disappointment
Reviewed in the United States on 10 March 2017
Verified Purchase
Kept hoping storyline would pick up, but it never did. Though easy to read, I feel like I missed some major point, not sure if there even was a point to this book?!!
Did not connect to any of the characters, and found the main char., Carl very annoying. He just drifted along, like the book, with not much to offer. Everyone fussed & fawned over him constantly.....always the center of attention for no apparent reason. Supposedly physically attractive, yet withdrawn except when on stage. There he expressed all his pent up rage and angst to the point of madness. But why?? We'll never know, personally don't care. He was fussed & fawned over by every.other character in the book. Everyone was in love w/him though he offered nothing in return. A self-absorbed very weak and needy character.
Would not reccomend this book. Can't believe the same author wrote "Bad Little Girl" which I thoroughly enjoyed.