Skip to main content
Children of England: The Heirs of King Henry VIII 1547-1558 and over 8 million other books are available for Amazon Kindle . Learn more
Share <Embed>
Have one to sell?
Sell on Amazon 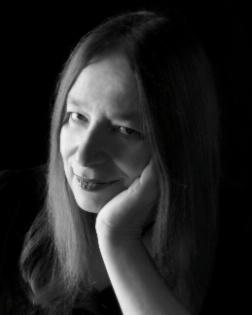 Fastest delivery: Tomorrow
Order within 4 hrs 57 mins Details
Note: This item is eligible for FREE click and collect without a minimum order. Details
Pick up your parcel at a time and place that suits you. How to order to an Amazon Pickup Location? Learn more
Read more Read less
Previous page
Next page

Start reading Children of England: The Heirs of King Henry VIII 1547-1558 on your Kindle in under a minute.

Recounted with her usual lively thoroughness by Alison Weir, my favourite Tudor historian ― Independent on Sunday

With impressive narrative skill, Alison Weir pilots her readers through the ceaseless tides of intrigue which surged around the four heirs of King Henry VIII. Her mastery of detail brings their tempestuous lives into sharp focus from a distance of four centuries... This is full-blooded history ― Independent

Alison Weir is one of our best popular historians and one, moreover, with an impressive scholarly pedigree in Tudor history ― Independent

Weir provides immense satisfaction. She writes in a pacy, vivid style, engaging the heart as well as the mind. This, her fourth book on the Tudors, affirms her pre-eminence in that field ― Independent

When Henry VIII dies in 1547 he left three highly intelligent children to succeed him in turn - Edward, Mary and Elisabeth - to be followed, if their lines failed, by the descendants of his sister Mary Tudor, one of whom was the ill-fated Lady Jane Grey, Edward was nine years old, Mary thirty-one and Jane ten. Edward, Elizabeth and Jane were staunch Protestants, Mary a devout Catholic; each had a very different mother and they had grown up in vastly different circumstances. In "Children of England", Alison Weir's interest is not in constitional history but in the characters and relationships of Henry's four Heirs. Making use of a huge variety of contemporary sources, she brings to life one of the most extraordinary periods of English history, when each of Henry's heirs was potentially the tool of powerful political one religious figures, and when the realm was seething with intrigue and turbulent change.

Alison Weir is one of Britain’s top-selling historians. She is the author of numerous works of history and historical fiction, specialising in the medieval and Tudor periods. Her bestselling history books include The Six Wives of Henry VIII, Eleanor of Aquitaine, Elizabeth of York and The Lost Tudor Princess. Her novels include Innocent Traitor, Katherine of Aragon: The True Queen and Anne Boleyn: A King's Obsession. She is an Honorary Life Patron of Historic Royal Palaces and a Fellow of the Royal Society of Arts. She lives and works in Surrey.
Read more

The Court of Henry VIII

Elizabeth I and her Rivals

The Wars of the Roses

4.6 out of 5 stars
4.6 out of 5
384 global ratings
How are ratings calculated?
To calculate the overall star rating and percentage breakdown by star, we don’t use a simple average. Instead, our system considers things like how recent a review is and if the reviewer bought the item on Amazon. It also analyses reviews to verify trustworthiness.
Top reviews

No Bubblegum
5.0 out of 5 stars Oh what a tangled web we weave...
Reviewed in the United Kingdom on 15 April 2020
Verified Purchase
Great book that goes into more detail & it's good that Lady Jane Grey is included too - what a horrible life the poor girl had... full of interesting facts & how it was for them, one of the best books...

The peasants are revolting...

Lebuchanan
5.0 out of 5 stars Excellent read
Reviewed in the United Kingdom on 29 March 2018
Verified Purchase
Thoroughly enjoyed this book the author has a great understanding of people and shows that they are not so different then and what they are today
Read more
2 people found this helpful
Helpful
Report abuse

Nikki
5.0 out of 5 stars Recommended
Reviewed in the United Kingdom on 19 November 2018
Verified Purchase
Another fascinating book by Alison Weir. I enjoyed this immensely, learning more about the infamous Tudour Siblings. A great book
Read more
2 people found this helpful
Helpful
Report abuse

misty
5.0 out of 5 stars King Henry and his daughters
Reviewed in the United Kingdom on 9 July 2020
Verified Purchase
This book was brilliant, I couldn't put it down. Simply loved everything about them and the times. The clothes and jewels and how they lived at that time. Although I would not like to have lived in that era myself.
Read more
Helpful
Report abuse

Dean Thornton
3.0 out of 5 stars It looks good.
Reviewed in the United Kingdom on 8 February 2019
Verified Purchase
It looks good. Looking forward to reading this book.
Read more
One person found this helpful
Helpful
Report abuse

angela wetherell
5.0 out of 5 stars What mum wanted.
Reviewed in the United Kingdom on 26 February 2019
Verified Purchase
Got this for my mum. she loved it.
Read more
One person found this helpful
Helpful
Report abuse
See all reviews
Pages with related products. See and discover other items: history for children
Unlimited One-Day Delivery and more
Prime members enjoy fast & free shipping, unlimited streaming of movies and TV shows with Prime Video and many more exclusive benefits.
> Get Started