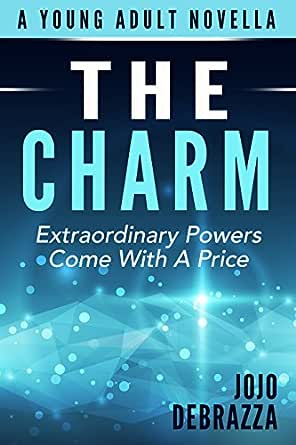 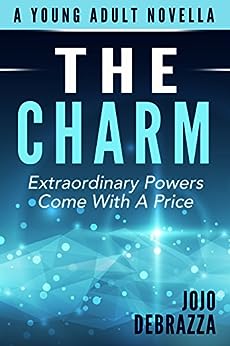 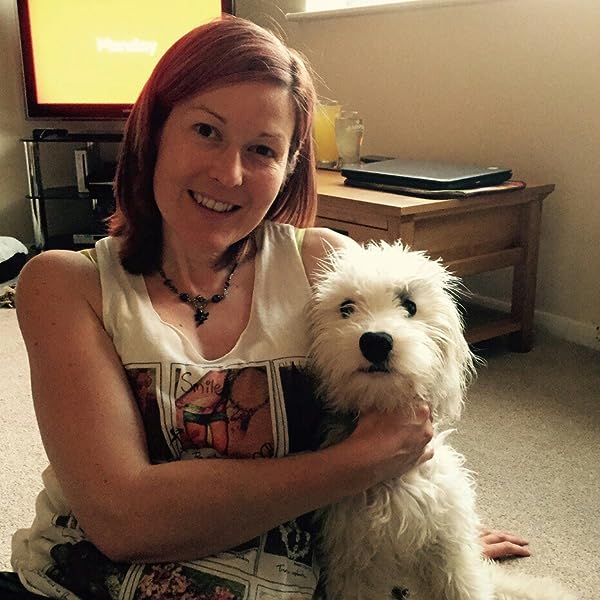 The Charm (The Code of Minds Book 1) Kindle Edition

4.8 out of 5 stars
4.8 out of 5
7 customer ratings
How does Amazon calculate star ratings?
Amazon calculates a product’s star ratings based on a machine learned model instead of a raw data average. The model takes into account factors including the age of a rating, whether the ratings are from verified purchasers, and factors that establish reviewer trustworthiness.
Top Reviews

Whispering Stories Book Blog
TOP 500 REVIEWER
4.0 out of 5 stars A perfect short story for those that love dystopian/sci-fi books, as it won’t disappoint
Reviewed in the United Kingdom on 21 October 2016
The Charm is a very quick read at only 90 pages long. It follows the story of fifteen year old Luca, who is a Charmer, just like his mum.

A Charmer is someone with the ability to mind-control. The government know about their powers and allow them to live in secret, as long as their powers are used for good, with permission. When one steps out of line, the government throw the rest of them into the lion’s den, as they release a list of all the people with the ability, having them fearing for their lives, alongside arresting Luca’s mum.

Can Luca, at only fifteen years old, be the one to restore calm, and what lines is he willing to cross to achieve it?

The Charm is a book for young adults, and most likely older children, as there are no swear words, violence etc, this is a clean sci-fi novella set in a dystopian future.

Although parts of this book could be set in present day, with the government wanting to mind-control it’s citizens, as certain governments around the world have been trying to do that for many years.

It is fast-paced, so will keep the interest level peaked, and the plot being unique, will have the reader eager to know more, and keep them hooked. The character’s are all well defined and you are drawn to them, although I wasn’t sure what to make of Fee, and it seems I was right to be cautious.

A perfect short story for those that love dystopian/sci-fi books, as it won’t disappoint.

Autumn Fallen Over Book Reviews
4.0 out of 5 stars This book is good for the teens
Reviewed in the United Kingdom on 14 August 2016
I received this book to give an honest review.

This book is good for the teens. There is no graphic violence or language.
Now the only reason I gave this book 4 stars is because I wanted more background on why the Restorative government was becoming to strict with its citizens and how Brain Lord came about. I felt that we as the readers were thrown into this story of Luca practicing with his charm and then all of a sudden his mom was thrown into prison to "help" the government. But why did they just get Luca's mom and not someone else?
Then we are introduced to Fee who is the daughter of his father's friend whom they stay with while his mom is in jail. We learn that she is a hacker and is a part of the rebels that do not like what the Restorative government is doing.
We are left with wondering what is going to happen now when the person the government is looking for just falls into their lap.
As far as characters go I felt they were well written and I am glad Luca didn't go head on into Fee's plan. He thought it out which most fifteen year old's would not have done.
Plot it was good but I do felt it was rushed as I mentioned earlier we don't get much background on the government, or if it is just Charmers that live among humans or are there other people who have powers. Though overall a good book one that I would let my 10 year old read if he wanted to. It was just the right amount of action that was not overly done.
This is a good introduction to maybe a good series.
Read more
Helpful
Comment Report abuse

ill O'Connor
5.0 out of 5 stars An engrossing read.
Reviewed in the United Kingdom on 25 March 2015
The story describes a future world where a government (the Restoratives) seek to control the population and curtail freedom of information, particularly regarding the internet. What makes the story particularly gripping is the magical aspect, and how the characters choose to use that, especially in the face of persecution.

Another fascinating aspect is how some characters, particularly Fee, are not straightforward 'goodies' - she's quite ambiguous.

I hope Jojo Debrazza continues the story - the closing scene with the supposed public enemy number one imprisoned and yet smiling to himself certainly leaves things open for further development.

All in all, highly recommended.
Read more
One person found this helpful
Helpful
Comment Report abuse

Laura Melling
5.0 out of 5 stars A great story with well drawn characters
Reviewed in the United Kingdom on 26 March 2015
A great story with well drawn characters, that you can relate to, and a world that only seems half a step away from our own. This novella feels like the start of something bigger ....and i can't wait to read more!!
Read more
Helpful
Comment Report abuse
See all reviews from the United Kingdom

Messages For The Soul
5.0 out of 5 stars Fantastic dystopian story with a future…
Reviewed in the United States on 28 March 2015
Verified Purchase
I was sucked into "The Charm" from the opening pages. I love YA stories, anything along the lines of The Maze Runner or The Hunger Games and I'm a goner. Author Jojo Debrazza has a fantastic premise here with a class of people who are able to control others with their minds, or "charmers". However, the rules attached to this gift make things interesting, especially once a corrupt government, called the Restoratives, gets involved. As the main character, Luca, goes into hiding, he meets up with a pretty girl and some rebels who are going to ask him to use his gift for the cause. This was an amazingly well-written story from start to finish, with interesting characters and story line. I can only hope that a series is forthcoming.
Read more
Helpful
Sending feedback...
Thank you for your feedback.
Sorry, we failed to record your vote. Please try again
Report abuse