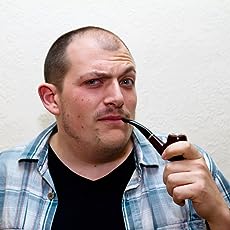 Follow to get new release updates and improved recommendations
Charles Etheridge-Nunn has wanted to be a writer since a week before he turned seven. Prior to that he mainly wanted to be a dinosaur.

Charles' first published work was at age 14 as part of a youth puppet theatre group where he co-wrote a musical film noir comedy about a gangster's plan to cover the world in hair.
While it might seem like he peaked too early there, he went on to write:

Adventures for the tabletop RPG "Spycraft", which were something like the Avengers mixed with Metal Gear Solid.
Several video game, horror film and comic reviews on Google Plus and several defunct blogs.
Tabletop game reviews, articles and podcasts for Who Dares Rolls.
Some short stories and dissections of the popular culture on his website, Faked Tales.

Charles has taught storytelling workshops at The Shoreham Academy, run role-playing games at several conventions in the UK and co-run the Brighton & Hove community for National Novel Writing Month since 2014.

Charles likes to write horror, comedy and horror/comedy. He is fairly obsessed with superheroes, which shows in some of his writing. He is terrified of owls and still hopes to one day become a dinosaur.
Read more 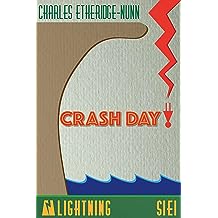 Seventeen years ago today, a spaceship from a war-torn planet brought several families of aliens to Earth. They all lost loved ones and gained super powers. They also learnt to hide amongst humankind and blend in.

A car crashes into Lena Parker, the sheltered and invulnerable daughter of the dead hero who brought the aliens to Earth.

Former teenage runaway Luke Far returns to school for the first time. He crashes into a rival family, the eccentricities of the school and spontaneous bouts of invisibility.

Then in the hospital, a man comatose for seventeen years stirs, watched by Kirsty Dwight, the black sheep of Fate Cove. When he wakes, the life these people made for themselves will never be the same.

Lightning is about people with powers and little or no responsibility. The OC with superpowers. An intergenerational Spaced. Teenagers who don’t know the impact their powers may have on the world around them and adults who haven’t grown up yet.

Lightning: Season One is a series of eight novellas and related free fiction at lightningtales.com.
Read more 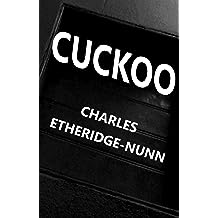 Cuckoo 02-Jan-2017
by Charles Etheridge-Nunn , Emma McDonald
( 5 )
£1.99
We live in our homes, safe in the knowledge that everything around us is exactly as it appears. Reality is rarely that kind though and sometimes we inherit the ghosts of former occupants, sometimes it’s something far worse. Cuckoo is a series of short stories about the malevolent things hidden in our attics, in the words we read, in the woods just out of town and buried far too shallow in our gardens.

In “Cuckoo” a break up leads to a flat with too many memories hidden in a hatch no one must go in. Paranoid, erratic behaviour from one flatmate leads another into an investigation into what’s in there and why it exists.
In “Do Not Read” people become fixated on the meaning of strange litter flooding the streets, not noticing the disappearances around them.
In “The Old Woods” folk tales and gossip from a small town in the middle of nowhere start to bleed into reality as people are called once more into the woods.
In “White Noise” the tenants of a new luxury apartment building uncover a strange device buried in their garden. All is not what it appears as characters forget about each others’ existence and the white noise in the building gets louder. Will they discover the threat under their noses in time? Will they discover that they even need saving?

Finally, once you are sated with horror, there is a brief respite in “The Cold Open” the opening scene from the upcoming season of novellas, “Lightning”. Discover the artificial beauty of Fate Cove, an eccentric island town hiding a community of super-powered people. Soap operatic hijinks ensue as the young and old alike have power, but no responsibility.
Read more