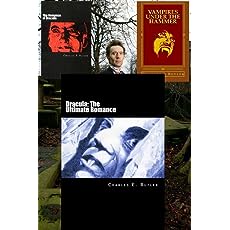 Follow to get new release updates and improved recommendations
I'm an independent author and publisher. I've written and illustrated several review books on horror movies beginning with The Romance of Dracula in 2010. In 2014, I sold books and art at the internationally acclaimed Bram Stoker festival in Whitby and in 2017, horror icon Caroline Munro read my short story 'True Friends' on new anthology show, Fragments of Fear! (see video upload). 2018 marked ten years that I first put pen to paper for my first book, The Romance of Dracula. I celebrated with an update, Dracula; the Ultimate Romance. This edition has new reviews and an exclusive interview with actress, the beautiful Susan Penhaligon who starred as Lucy in the 1977 mini series, Count Dracula; a Gothic Romance. In July 2019, I gave a talk at the international Vampire Film and Arts Festival on the reasons behind The Romance of Dracula adding some - I hope - motivational tips to keep going on your path (see video upload).
Read more 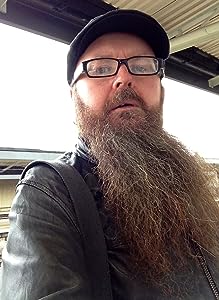 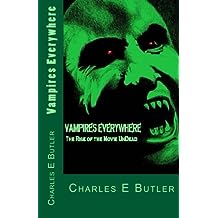 Vampires Everywhere; the Rise of the Movie Undead 31-Oct-2012
by Charles E Butler
( 3 )
£2.98
Vampires Everywhere is a look at various non-Dracula vampire movies that still inspire fear in our hearts. From the Cabinet of Dr Caligari to 30 Days of Night with TV inroads to Kolchak the Night Stalker and Salem's Lot. Including looks at latter day favourites Near Dark and Fright Night.
Read more 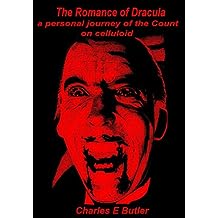 The Romance of Dracula; a personal Journey of the Count on celluloid 27-Jan-2011
by Charles E. Butler , Eddie Butler
( 15 )
£1.99 £10.67
Romance is a labour of love for the films based on Bram Stoker's novel Dracula. From Max Schreck (1922) to Marc Warren (2006). Fourteen reviews of fourteen classic movies. The epilogue shows reviews of movies in which Dracula has made a token appearance.
Read more
Other Formats: Paperback 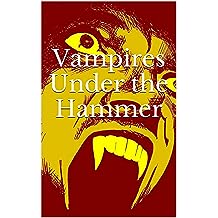 Vampires Under the Hammer 15-Nov-2013
by Charles E Butler
( 8 )
£2.99 £5.61
A film review book that concentrates on the celebrated vampire movies made by the legendary Hammer films between 1958 and 1974
Read more
Other Formats: Paperback 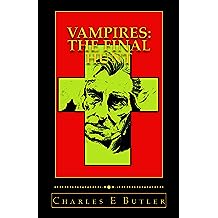 Vampires; the final hunt 17-Feb-2015
by Charles E Butler
( 1 )
£1.99 £6.07
With his final book on movie vampires, Charles E Butler updates his three previous volumes, The Romance of Dracula, Vampires Everywhere and Vampires Under the Hammer. reviewing the new adaptations of Bram Stoker's novel and rare TV appearances of the cadaverous Count and films starring his many doppelgangers! The second half of the book updates Vampires Everywhere with more savage terrors of the big screen, from the fantasies of Jean Rollin, to Underworld to Daybreakers! The largest vamp champ shows ever in one final volume!!
Read more
Other Formats: Paperback 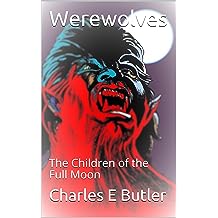 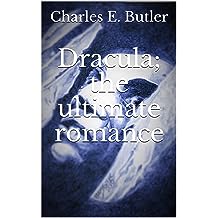 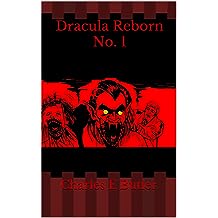 Dracula Reborn No. 1 22-Feb-2018
by Charles E Butler
( 2 )
£2.87
The first comic book in the series Dracula; the Unearthed Chronicles. Count Dracula is restored to life in the present day and begins his long centuries revenge on Van Helsing and his followers. Caught in the crossfire are Miriam and Jessica, sisters and the great, great, great granddaughters of Jonathon and Mina Harker. A great evil descends on the United Kingdom as Dracula is finally reborn!
Read more 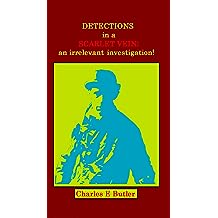 Detections in a Scarlet Vein; an irrelevent investigation 14-Dec-2011
by Charles E Butler
( 1 )
£1.99
A brief novelette of irreverence as a man investigates murder and his own state of mind. Is he crazy? Is he alive? Is he us? Its down to you to guess the truth in this hotchptch of unrelenting asides and meandering thoughts.
Read more