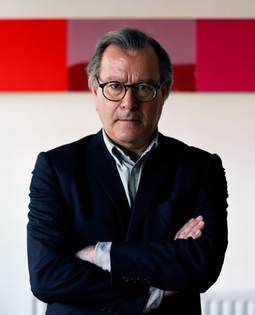 To winch the dictionary onto your knee and open its pages is like entering an orchard full of strange and wonderful fruit. (Chav? That's SO September 10th - Seven magazine, The Sunday Telegraph)

The most-acclaimed British lexicographer since Johnson has every right to blow off ("late 18th century: to boast, to brag". What did you think?) as he wraps up a new edition of this most mind-bendingly addictive guide to taboo talk. (Boyd Tonkin, The Independent)

Whether one trawls the pages of Green's dictionary or merely glances at them, rich discoveries are certain. ('Fulham virgins and other slang pleasures', Harry Hitchings, The Times)

It covers five centuries of language from the wrong side of the tracks, but it is the youngest entries that provide some of the greatest amusement.

A Giorgio Armani, for example, in rhyming slang, is a sarnie and a squirrel-kisser is an environmentalist.

Jonathon Green is the nation's indefatigable lexicographer of filth, a tireless troweller in the slurry of the unsayable. His Cassell's Dictionary of Slang (1998) and Chambers Slang Dictionary (2008) are phenomenal compendia of "non-standard usages," ranging across the whole lexicon of English bar-room coinages. (John Walsh, 'Hail to the Professor of Profanity', The Independent)

Jonathon Green is Britain`s foremost lexicographer of slang. His many publications include Chambers Slang Dictionary, The Slang Thesaurus and Slang Down the Ages. He has also compiled dictionaries of quotations and oral histories of modern culture.
Read more
Unlimited One-Day Delivery and more
Prime members enjoy fast & free shipping, unlimited streaming of movies and TV shows with Prime Video and many more exclusive benefits.
> Get Started