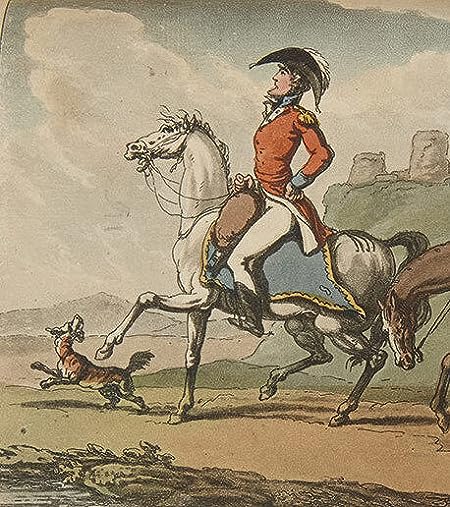 Follow to get new release updates, special offers (including promotional offers), and improved recommendations.
Caroline Miley is an art historian and writer with a long-time passion for art, history and literature. After several years writing art and craft criticism and social comment, she realised her lifelong ambition, fiction writing.

Her novels include The Competition, about an artist in Georgian England who becomes involved with the Luddites, and her latest, Artist on Campaign, a comic romp in which a Georgian era artist gets a commission to paint the Duke of Wellington's generals, but finds he's got more than he bargained for. 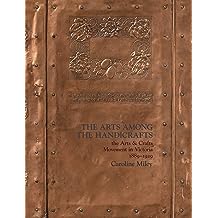 The Arts and Crafts Movement of the late 19th century in England, inspired by William Morris, is well-known, but its presence in Australia has been largely overlooked. In this ground-breaking and scholarly study of the Australian Arts and Crafts Movement Dr Miley reveals a network of influences and practitioners in Victoria who were well-versed in the British and American movements, and who created a distinctively Australian expression of its principles. This included an emphasis on the use of native materials and flora and fauna, and building design adapted to Australian conditions, producing works of great charm and utility. It was dedicated to improving the quality and status of craft work and, as the architect Alan Walker urged, "the world at large should be taught that art may be looked for outside the space circumscribed by a gilt frame."

The book outlines the theory of the movement, its formation and leaders, its societies and publications, and examines the work produced by craftspeople in every medium, much described here for the first time. A chapter is devoted to the role of women, who were to the fore here as in Britain, and includes extensive analysis of the First Australian Exhibition Women's Work of 1907, regarded at the time as the first great national endeavour since Federation. Biographies of the leading exponents and a series of Appendices complete this valuable resource. 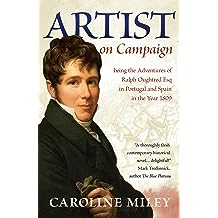 Artist on Campaign: being the Adventures of Ralph Oughtred Esq in Portugal and Spain in the Year 1809 28-Oct-2019
by Caroline Miley
( 1 )
Ralph Oughtred has few ambitions – to be rich, or at least out of debt, to eventually marry his charming mistress, and to get into the Royal Academy.

An amiable rake in Georgian London, Ralph is an artist who thinks he’s got it made when he wins a big commission to paint the Duke of Wellington’s generals. But before he can put brush to canvas they’re whisked off to Portugal to fight Napoleon, and he must follow or lose the money. In a comic romp through Portugal and Spain in the train of the British army, Ralph leads the reader through war, art, sex, love, travelogue, musings on life and a lot of drinking. He’s recruited as a spy, accidentally leads a cavalry charge, makes love to an officer’s wife during the Battle of Porto, and is captured by the French.

A man of his time and an everyman bound to the wheel of fortune, Ralph travels the road of the reluctant hero from innocence to experience. But he’s intelligent and complex and his adventures will appeal to the reader who wants their history to live, their escapism to be philosophical and their narratives lyrical. The book is written with a deft, light touch; there’s just enough accurate military history, and the characters – Ralph and his friends, and the generals he paints – are varied and amusing.

Artist on Campaign is that rare bird, a novel that is literary, historical and funny, a stylish evocation of the history and manners of an era, and an entertainment of the highest order.

“Artist on Campaign is literary, historical and funny, a stylish evocation of the history and manners of an era, and an entertainment of the highest order.”
- Mark Tredinnick, editor, mentor and author The Blue Plateau

“Entertaining and will hold the interest of both those who specialize in the era and the casual reader. Highly recommended.”
- Robert Burnham, editor the Napoleon Series

"A delightful, amusing, colourful romp, stylishly crafted and brought off with great pace and gusto. Miley is a writer of real talent with a very good story."
- Timothy Balding, author The Impostors, The Zucchini Conspiracy
Read more
See purchase options