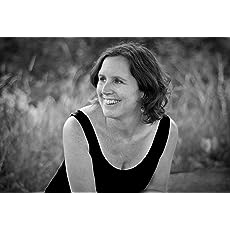 Follow to get new release updates, special offers (including promotional offers), and improved recommendations.
Carole Burns is a fiction writer, journalist and lecturer who reviews books and interviews authors for The Washington Post.

Her first book, "Off the Page: Writers Talk About Beginnings, Endings and Everything in Between," was based on interviews with 43 writers including Colm Tóibín, Joyce Carol Oates, Alice McDermott and Tobias Wolff. It was called a "treat for avid readers and writers" by Publishers Weekly, and "a fascinating and enjoyable read" by The Financial Times.

Burns is Head of Creative Writing at the University of Southampton. She lives in Cardiff.

Help us improve our Author Pages by updating your bibliography and submitting a new or current image and biography.
Learn more at Author Central
1 11 1
Previous page
Next page
Books By Carole Burns
All Formats Kindle Books Paperback Sort by:Popularity 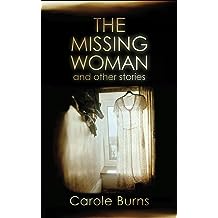 The Missing Woman and Other Stories 01-Apr-2015
by Carole Burns
( 6 )
£3.99 £8.99
The stories in this collection circle around women who are either literally missing - a mother in rehab, a daughter never born - or who are missing some metaphorical piece of themselves. A father tries to convince his uncompromising, anorexic daughter to want to live, a single woman lures men to her bed only to abandon them, and marriage is shaken by a search party for a woman who's disappeared. How does one balance safety with adventure? Dreams with practicality? Grief with joy?
Read more
Other Formats: Paperback 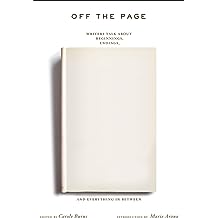 A guide where today’s best writers reveal their secrets.

How do writers approach a new novel? Do they start with plot, character, or theme? A. S. Byatt starts with color. E. L. Doctorow begins with an image. In Off the Page, authors tell us how they work, giving insight into their writing process. Gathered from some of today’s best writers—Paul Auster, Martin Amis, Gish Jen, Dan Chaon, Alice McDermott, and many others interviewed on washingtonpost.com’s “Off the Page” series—host Carole Burns has woven their wisdom into chapters illuminating to any writer or reader. How does place influence authors? How do they make a sex scene work? How do they tell when the work is done? Walter Mosley defying genre; Shirley Hazzard on love; Michael Cunningham on compassion: these and more from Richard Ford, Jhumpa Lahiri, and Charles Baxter will deepen your appreciation for the art of writing and excite you to try new ways of writing yourself.
Read more
Other Formats: Paperback 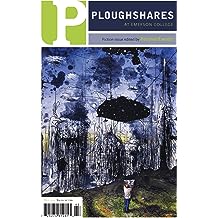 Acclaimed novelist and short-story writer Percival Everett (Erasure, I Am Not Sidney Poitier) guest-edits this all-fiction issue. As Everett writes in his introduction, the stories "range from so-called mimetic to so-called meta. I do not like such labels and I hope to undermine their use by putting these fine works together." Authors experiment with everything from extensive footnotes to shifting points of view, and narratives range from a husband who can't stop crying (Nick Arvin's "The Crying Man") to a super-sophisticated domestic robot learning the ways of a Japanese family ("I, Kitty," by Karen Tei Yamashita). Featuring stories by Aimee Bender, Richard Bausch, and Edith Pearlman, this issue is a demonstration of the adventurousness and variety of the short story in English today.

The issue also features Jay Baron Nicorvo's Plan B essay about surfing, and an appreciation of the early work of the poet Robert Duncan.

"Jesus Was a Surfer," a Plan B essay by Jay Baron Nicorvo
"Worlds Out of Worlds," a Look2 essay on Robert Duncan by Katherine Robinson
Read more