Cabaret Secrets and over 8 million other books are available for Amazon Kindle . Learn more
Share <Embed>
Have one to sell?
Sell on Amazon 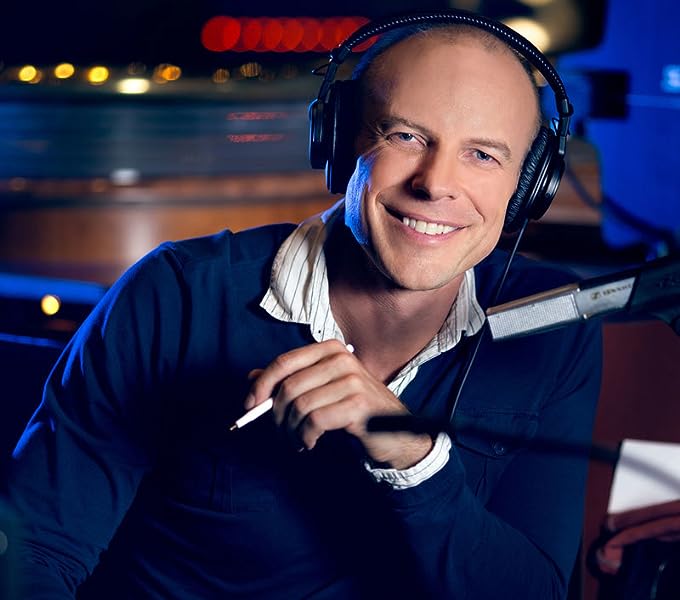 Fastest delivery: Saturday, Dec 5 Details
Note: This item is eligible for click and collect. Details
Pick up your parcel at a time and place that suits you. How to order to an Amazon Pickup Location? Learn more
Read more Read less
click to open popover

Start reading Cabaret Secrets on your Kindle in under a minute.

"...an invaluable guide to negotiating the minefield of creating a cabaret act and making a career and living from it." Mark Shenton, Playbill

“...a fascinating insider’s handbook on how to nurture an audience for the kind of classic songbook fare that struggles to make itself heard in a world obsessed with The X Factor.” Clive Davis, The Times

"Not a text book.. but a treasure chest dripping with glittering gems of cabaret secrets!" Cabaret Scenes Magazine

"Don’t get worried about the title this isn’t another kiss and tell saga but a step by step guide to putting a show together with first hand knowledge from Gary and others in the business. It is a logical approach to an often difficult job that will reap rewards." Encore Magazine

"This is simply essential reading for upcoming and professional cabaret performers." Thanasis Kalantzis

“Michael Bublé isn’t the only person keeping the Sinatra Flame alive,” so said the London Times of Gary Williams, cabaret doyen, star of the West End’s “Rat Pack” and soloist with leading big bands and concert orchestras including the Royal Liverpool Philharmonic, the Melbourne Symphony, the BBC Big Band, Ireland’s RTE and the Lahti Sinfonia Finland.

Other work includes performing for The Prince of Wales at Buckingham Palace, ‘That’s Entertainment’ a tribute to the MGM musicals with the John Wilson Orchestra at the Royal Festival Hall, performing at Sinatra’s Palm Springs home for the LA Jazz Institute, Radio 2 with the BBC Concert Orchestra, ‘Winter Wonderland’ at the Royal Albert Hall, ‘A Swingin’ Session’ with the Nelson Riddle Orchestra in Los Angeles, ‘Big Band Wonderland’ at Ronnie Scott’s, ‘The Legend of Sinatra’ (UK tour), a tribute to the music of Fred Astaire presented by his daughter Ava, BBC Pebble Mill, Gloria Hunniford’s ‘Open House’ (with Donny Osmond and Burt Bacharach), the soundtrack for the Warner Bros’ motion picture ‘Mrs Ratcliffe’s Revolution’ and BBC1’s ‘Doctor Who Christmas Special’. Time Out described his 'Sinatra Jukebox' show as “An evening of old school virtuosity.”

As the author of 'Cabaret Secrets: How to create your own show, travel the world and get paid to do what you love', he's literally written the book on stage craft. It was described by David Ackert as, “a career GPS for cabaret performers.”

4.9 out of 5 stars
4.9 out of 5
52 global ratings
How are ratings calculated?
To calculate the overall star rating and percentage breakdown by star, we don’t use a simple average. Instead, our system considers things like how recent a review is and if the reviewer bought the item on Amazon. It also analyses reviews to verify trustworthiness.

Amazon Customer
5.0 out of 5 stars Genuine, honest and useable advice!
Reviewed in the United Kingdom on 17 February 2017
Verified Purchase
I just wanted to say thank you for writing your book Caberet Secrets! I am a swing singer and took my first cruise job last year, so already know a fair bit about putting on a show of course. However, the cruise show was a different environment for me and I am always seeking new opportunities to improve my chat/business on stage.

Now, you should know that i have not read a book cover to cover once in my life! I find reading boring and my mind wanders too much. I read Caberet Secrets in two nights! I really loved the way you offer your experiences and advice so openly and how you reveal the different areas of this business with a genuine desire to help others into it! I have already started to use some of the advice/techniques on "business" from your book in prep for my second cruise next week and hope to keep improving my show and sail around the world singing the great american songbook on many other cruise liners!

Thank you for being a true inspiration!
Read more
Helpful
Comment Report abuse

MR AUSTIN JOHN JAMES
5.0 out of 5 stars An invaluable hand book for the Cabaret Artiste
Reviewed in the United Kingdom on 2 October 2017
Verified Purchase
This book is an absolute dream and packed full of superb, articulate , entertaining and powerful advice from the consummate professional Gary Williams . The structure and format of the book with anecdotes , interviews and quotes , from a magnificent array of performers, is invaluable . As a classically trained singer, who now performs cabaret, this was everything I needed and more to know how to develop and polish my skills . Gary defines the essence of breaking down that fourth wall and opening up to the audience to share something sincere and tell your story . I'm sure this book will be never far away as I continue to build my act with Gary's guidance
Read more
One person found this helpful
Helpful
Comment Report abuse

Caribbean Katie
5.0 out of 5 stars Brilliant advice, just at the right time for me
Reviewed in the United Kingdom on 24 July 2016
Verified Purchase
I devoured this book.As a cabaret artist building a new headline act I found it well written honest and full of advice tips and insights.The book answered lots of questions, and gave me confidence in so many ways. Good advice is hard to find. I can wholeheartedly recommend this book.

I have been out of the 'business' for a while and in the last 3 years I’ve been working towards coming back with a new Jazz/Blues headline ac aimed at cruise ships. It has been the best thing I’ve found to help me and give real advice. After the beginning bit I read the rest with a notebook at my side constantly jotting down tips and ideas. I was so excited!! Then, every so often I’d stop and check my playlist and jig the songs around to come up with a better running order. It was as though Gary had been reading my mind and delivering answers on all those uncertainties. The sections on ‘patter’ were so helpful. I can be very relaxed and even a bit funny when I’m doing my little intimate gigs but I recognise that for the bigger stage it’s harder to be natural and sincere.

The book has given me so much guidance on planning my show. I’m sure I’ve still got a way to go but thanks Gary for sharing your secrets and for giving me a huge helping hand, and making me feel that I am not out there on my own. Now I’m bubbling with excitement.

Nick James
5.0 out of 5 stars A must read for any cabaret performer!
Reviewed in the United Kingdom on 2 June 2018
Verified Purchase
This book is a fantastic read. It is realistic, honest, and full of relevant facts about the world of cabaret. I am a performer who is working towards filling an ambition of being a guest performer on cruise ships. I have found this book a real motivational tool to help me with the next chapter of my performing career. The book is written in a way that makes it easy to read, and hard to put down. There are some very funny sections in there as well. Thank you Gary for a brilliant book!!!!
Read more
Helpful
Comment Report abuse

Richard D Reece
5.0 out of 5 stars Tells you exactly what you need to know!
Reviewed in the United Kingdom on 19 April 2013
Verified Purchase
An excellent manual for the aspiring performer, as well as for the more experienced artist who just wants to sharpen up their act. Entertainingly written by someone who has been there and done that, this is the perfect manual for anyone who wants to build a cabaret act from scratch or fix one that isn't quite working. Step by step, Gary takes you through every aspect of the business and tells you exactly what you need to know from his vast experience in the genre, with advice and quotes from major cabaret performers, as well as insights from backstage personnel. Even if you're not a performer but are interested in how performing works, it makes an informative and entertaining read.
Read more
Helpful
Comment Report abuse

peter austin
5.0 out of 5 stars A performers bible
Reviewed in the United Kingdom on 14 August 2016
Verified Purchase
A goldmine of working information for any type of performer straight from the front line . As a long standing and still standing semi pro guitarist I can say any kind of performer should study this book. Didn't say read I said STUDY !!! Best wishes!
Read more
Helpful
Comment Report abuse

Amazon Customer
5.0 out of 5 stars Brilliant and Enlightening - Thank You Gary.
Reviewed in the United Kingdom on 26 April 2016
Verified Purchase
Wow! I wish I had this book 10 years ago. For anybody wanting a career in Cabaret or any aspect of live music performance, this book is incredibly enlightening. So much good information here that can take you years to learn yourself through experience. All advice and information is laid out in a very simple to understand way and backed up with opinions and advice from many highly respected people within the industry. Even as an experienced vocalist and musician, it was still very useful finding different and better ways to achieve success. Thank you Gary.
Read more
Helpful
Comment Report abuse
See all reviews
Unlimited One-Day Delivery and more
Prime members enjoy fast & free shipping, unlimited streaming of movies and TV shows with Prime Video and many more exclusive benefits.
> Get Started