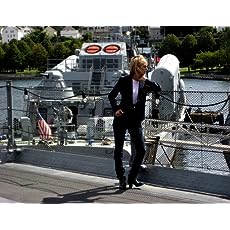 Follow to get new release updates, special offers (including promotional offers), and improved recommendations.
NEW RELEASE, THE PRIVILEGED ONES (A McSwain & Beck prequel novella). An introduction into the criminal enterprise who wreaks havoc in the City of Sutter Beach, the coastal city where McSwain & Beck call home.

THE COOL BOX featuring the bestselling book, GONE AT ZERO HUNDRED 00:00 with 6 other bestselling authors.

The daughter of a military veteran, CR grew up in a small town where she became an All-American athlete. CR knew early on that she wasn't cut out for the nine to five type of job - her tendency to day dream about adventures often got in the way. But, being the daughter of a Navy Veteran she also knew one had to do what was necessary to be secure, so she disciplined herself to push those dreams aside and settled on working in the entertainment legal field. When those dreams invaded her world once again, CR finally gave in and set out to write her own adventures.

The journey started after CR interviewed big city detectives then talked with some of their victims. Those interviews introduced her to the horrific crime of human and sex trafficking, which was the topic of the first book in the series featuring McSwain & Beck. The novels are works of fiction, only based on real life events, but you can't help but wonder while reading the books which parts are true.

When CR isn't writing, she enjoys renovating houses, spending time outdoors, catching up on her favorite books and TV shows, and playing with her Golden Retriever, Annabelle.
Read more 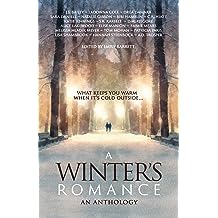 A Winter's Romance 04-Dec-2015
by S.R. Karfelt , J.S. Bailey , Patricia Paris , Drea Damara , Melissa Hladik Meyer , Lisa Shambrook , Katie Jennings , Sara Daniell , Elise Manion , D.M. Kilgore
( 5 )
£3.99
When winter and romance collide, they create an unpredictable force. Whether a raging storm outside or within our hearts, a touch of romance can be found in the most unlikely of places. Join us in this eclectic exploration of winter romance that includes happily ever afters, wicked seductions, atmospheric attractions, and deadly deceptions. Featuring nineteen short stories from bestselling authors as well as talented new writers, you’ll never view romance the same.
Read more
Other Formats: Audible Audiobooks , Paperback 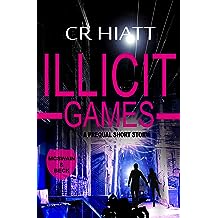 ILLICIT GAMES is a prequel short story introducing the main characters and villains in the bestselling McSwain & Beck series and is approximately 17,000 words.

That’s about to change…

When her Mother is gunned down—killed by a sniper—they are forced to take on a group of narcissistic individuals with rapacious desire for wealth and possession over others, and willing to use violent measures to achieve their aspirations. 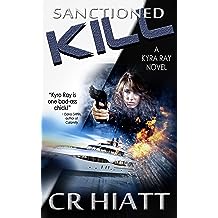 Compelled by her past, Kyra Ray enlisted in the military, giving up an international modeling contract, and was selected to train as an operative for an anti-terror unit.

Unable to avoid his past, Dalton LeClair became a highly-paid assassin.

Destined for Danger. Sanctioned to Kill.

Hot on the trail of an international weapons ring, covert agent Kyra Ray finds herself caught in the cross-hairs of a ruthless arms dealer in the perilous mountains of war-torn Afghanistan. Closing in, the mission takes an unexpected and near-deadly turn in the high-stakes drama of New York City, where Kyra is mysteriously spared by an assassin sent to kill. Retrained as an assassin and given strict orders to take him down, Kyra becomes trapped in a game of cat-and-mouse that will put her life on the line and her directive to the test—her sanction to kill.

Kyra Quote: “Are you telling me this assassin became infatuated with me to the point he killed other agents, but felt compelled to save me because of self indulgent lust from afar?" 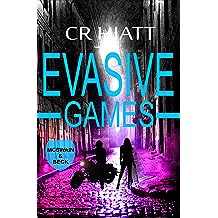 A sinister group bent on destruction.

Weeks after shutting down the underground club called The Devil's Door, McSwain & Beck find themselves trapped in their most perilous case yet. When their best friend is detained at the Mexican border, the chase is on to get him back to safety and out of the clutches of his tormentors.

Racing against the clock, their unique skills are put to the test against a sinister group bent on destruction, and the ruthless leader calling the shots wants them dead. An explosive thrill ride where sparks fly and the lives of thousands are in their hands. 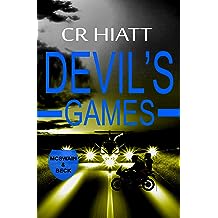 Experience the thrills and suspense of this best-selling Crime, Mystery Thriller

A few months have passed since her Mother was gunned down and the office of McSwain Investigations torched. Now, Sydney McSwain and Cody Beck team up to take on a criminal enterprise in Sutter Beach.

When a gorgeous model hires them to investigate her step-brother they think it’s just a routine case, until a woman is murdered and a package arrives with incriminating photos inside, thrusting them into a complex thriller up against a secret club whose members call themselves; The Privileged Ones.

Join them in their fight to help the innocent as they attempt to penetrate an underground club while simultaneously evading the clutches of bad cops, members of a cartel, and their ruthless leader, in an effort to stop a private cruise ship from smuggling victims across the border into Mexico.