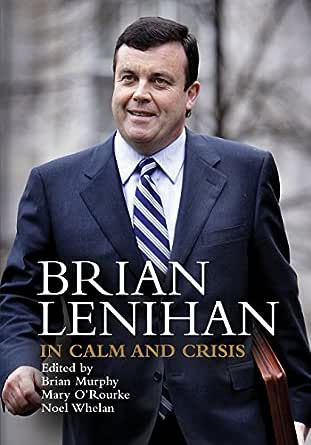 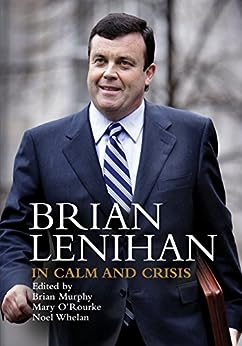 'Once in a while a true leader emerges from the ashes of economic calamity. Brian was one of those beacons in the dark night.' --Christine Lagarde (Managing Director of the International Monetary Fund)

This book is a loving memorial to Brian Lenihan, the former minister for finance and Fianna Fáil politician. Fourteen people, including relatives, friends, academic and political colleagues, and others who had worked with him internationally, as well as Fianna Fáil local activists, contribute testimonies of admiration, respect and personal affection for a person who emerges as being larger than life. It is clear, from the point of view of many contributors to this book, that Brian Lenihan's ability to continue working after his diagnosis of pancreatic cancer in December 2009 was not noticeably diminished by the treatments he was receiving. The book intimates that when Lenihan informed the taoiseach of his medical condition, Brian Cowen either did not ask him to step aside within the cabinet to a less demanding job or, alternatively acquiesced to the request of the minister for finance to stay in the job. I can think of very few organisations in this country where such an outcome would have occurred, with a key person being kept in place, for whatever reason. This poignant book is an important contribution to [the full] story, conveyed by people who were close to the central events. --Ruairí Quinn, reviewing for The Irish Times

Changing the general perception of those events is the purpose of the collection of essays in this book on the late finance minister. As Lenihan's formidable aunt Mary O'Rourke points out in her contribution, no-one else seems willing to assess his legacy, or even remember it. There is no doubt that, had he been spared the cancer which cut his life tragically short, Irish politics of the past four years would look very different. But Brian Lenihan was not spared. Naturally enough, the book comes to praise him, yet it is hard to see how anyone could argue with the view that he was the driving force behind this enormous adjustment. None can dispute that he did it all while suffering a terminal illness. One thing which emerges clearly from the book is how little anyone understood what was really happening. Mr Gilmore prefaced his treason accusation with the careful caveat, "if they knew". They did not know, but of course only the accusation stuck. The book deals delicately with that final illness, although the introduction by Noel Whelan, as well as Ms O'Rourke's own essay, are genuinely moving. But this is the big story, which can only grow with the passage of time: that of a dying man, who knew he was dying, bearing a burden greater than any Irish finance minister ever had to carry. The courage defies belief but if it is not also patriotism, it is difficult to know what is. --Brendan Keenan, reviewing for the Irish Independent --This text refers to the hardcover edition.

Brian Murphy is a former speechwriter to two Taoisigh. Mary O'Rourke was a member of Dáil Éireann (1982 to 2002 & 2007 to 2011) and Leader of Seanad Éireann from 2002 to 2007. Noel Whelan is a barrister, Irish Times columnist and author of a number of books on Irish politics. --This text refers to the hardcover edition.

3.9 out of 5 stars
3.9 out of 5
8 customer ratings
How does Amazon calculate star ratings?
Amazon calculates a product’s star ratings based on a machine learned model instead of a raw data average. The model takes into account factors including the age of a rating, whether the ratings are from verified purchasers, and factors that establish reviewer trustworthiness.
Top reviews

Leitir
5.0 out of 5 stars A fine collection of essays on arguably the greatest Taoiseach we never had
Reviewed in the United Kingdom on 5 January 2016
Verified Purchase
This book is a collection of essays by a number of individuals who knew and / or worked with Brian Lenihan throughout his life, with the main emphasis on his time as a TD and Minister. With one or two exceptions, the contributions give a humbling and heartfelt insight into the remarkable character of a man who truly did the State some service, right up to the very end. The contributions from significant international figures do give an indication of the status and impact of the man at an international level, but inevitably and understandably, they lack the personal touch of many of the other essays. This is not a biography of the man, but it is definitely worth reading, if only to remind ourselves of how this public servant par excellence faced overwhelming and unprecedented challenges with courage, rigour and integrity.
Read more
Helpful
Comment Report abuse

Gerard Doyle
4.0 out of 5 stars Setting the Record Straight
Reviewed in the United Kingdom on 15 October 2014
This is a book of essays predominantly about Brian Lenihan’s tenure as Minister for Finance at the beginning of Ireland’s economic meltdown. Many of the essays try to set the record straight or even establish a record of Brian’s efforts to start fixing the public finances the moment he discovered their parlous state. This is the striking message: much of the heavy lifting that has led to the current up-turn in Ireland’s public finances was done under Brian Lenihan’s watch and the recovery plan implemented by the present Government was essentially the plan he developed before being booted out of office. And this is no partisan line but one enunciated cogently and soberly by such contributors as Patrick Honohan, Governor of the Central Bank and Christine Lagarde, now with the IMF. In fact Brian’s aunt and former Fianna Fail Minister ends her lovely personal essay by plaintively enquiring why the Fianna Fail party has so bizarrely failed to defend Brian’s record in this respect.
The essays dealing with the financial crisis are quite detailed and technical and it’s clear that the editors wanted to put the facts on record for history scholars to note so it is only with Mary McAleese (by far the best essay), Mary O’Rourke and Harman Murtagh that we get a glimpse of the person and the extraordinary stoicism and dedication that he, and his wife Patricia personified especially in his final illness. His essence also comes through in the vignettes of political campaigning brilliantly etched by two of his closest associates Brian Murphy and John Mullen.
You come away with a sense of a man who was highly intelligent, highly accomplished, a true Renaissance man, urbane, courteous and kind and unfailingly generous with his time, compassion and wisdom. He was steeped in the culture and cult of Irish politics but rose above it and rarely allowed partisanship to dictate his words or deeds. It is fitting then that the best tribute in this book (not one of the essays but extracts from Dail Tributes on his passing) should come from his constituency Fine Gael opponent, Leo Varadkar TD. It is sad that the present Government has so far failed to acknowledge the contribution of its immediate predecessors to the recovery – one gets the sense from this book that if the roles were reversed Brian Lenihan would have been big enough to do so.
Read more
4 people found this helpful
Helpful
Comment Report abuse
See all reviews from the United Kingdom

J.Fintan Clarke
1.0 out of 5 stars A very disappointing book. It was obviously written by ...
Reviewed in the United States on 23 December 2014
Verified Purchase
A very disappointing book. It was obviously written by the late Brian Lenihan's friends and associates. I bought it in order to search for an in-depth analysis of the circumstances that got us into the current crisis but there was little explanation of that. The facts are that the Banks and the Bondholders went on a wild gambling spree. Had they been lucky, they would all have pocketed handsome profits but when they made a huge loss the ordinary citizen is expected to pick up the tab. No one, not the Regulator, the Dept. of Finance, the Government or our own Central Bank had the slightest notion about what was going on. When it all hit the fan, the ECB and other heavies from Europe bullied us into submission. Our average citizen is now paying the debts of the Banks and through them, the Bondholders, mostly from countries that have an horrendous record of colonial expansion and human exploitation. But we were never told who these people are and we will be paying them for generations. Almost a quarter of a million of our people have emigrated since that debacle and almost no one has been held accountable and no record has been published about the 'negotiations' surrounding the deal.
Read more
Helpful
Sending feedback...
Thank you for your feedback.
Sorry, we failed to record your vote. Please try again
Report abuse