Brexit: Why Britain Voted to Leave the European Union and over 8 million other books are available for Amazon Kindle . Learn more
Share <Embed>
Have one to sell?
Sell on Amazon 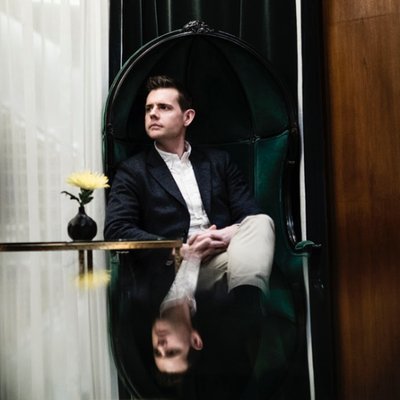 Fastest delivery: Tomorrow
Order within 8 hrs Details
Note: This item is eligible for click and collect. Details
Pick up your parcel at a time and place that suits you. How to order to an Amazon Pickup Location? Learn more
Read more Read less
click to open popover

Start reading Brexit: Why Britain Voted to Leave the European Union on your Kindle in under a minute.

'It would be hard to come up with a better line-up of analysts to dig into both the long- and short-term drivers of Britain's decision to leave the EU. Whether you're a Leaver or a Remainer, the vote for Brexit needs explaining - and this is just the book to do it.' Tim Bale, Queen Mary University of London and author of The Conservative Party from Thatcher to Cameron

'Do not read Brexit - unless you want truth rather than propaganda, objectivity rather than bias and evidence rather than prejudice. Harold D. Clarke, Matthew Goodwin and Paul F. Whiteley have written a book that will still be standing when the post-truth claims of those on both sides of the referendum have rightly crumbled to dust.' Peter Kellner, former President of YouGov

'Clarke, Goodwin and Whiteley have written what is sure to be a standard reference on Brexit. A wonderfully written history of the rise of the UKIP and the Brexit referendum lead to a diverse array of empirical analyses: a survey of UKIP members, longitudinal national surveys and pre-post referendum surveys. Instead of simple explanations, they show the variety of diverse factors that produced the final referendum outcome and discuss the implications for British politics going forward.' Russell J. Dalton, University of California, Irvine

'An empirically rich and insightful analysis of the dynamics of the Brexit vote. Essential reading for understanding the social and political forces underlying one of the most important and consequential electoral decisions of our times.' Lawrence LeDuc, Professor Emeritus, University of Toronto

'The British public does not have a settled view on Europe. … The authors conclude that the British are not unusually racist among Europeans … The British appear easily swayed.' Danny Dorling, The Times Higher Education

The first comprehensive, authoritative study of the political, economic and social forces which led to Brexit and its likely consequences.

Matthew Goodwin is Professor of Political Science at the University of Kent and Senior Visiting Fellow at Chatham House, London. He is the author of four books, including Revolt on the Right: Explaining Support for the Radical Right in Britain (2014) which was awarded the Paddy Power Political Book of the Year 2015. In early 2016 he authored a report that predicted Brexit.

4.1 out of 5 stars
4.1 out of 5
31 global ratings
How are ratings calculated?
To calculate the overall star rating and percentage breakdown by star, we don’t use a simple average. Instead, our system considers things like how recent a review is and if the reviewer bought the item on Amazon. It also analyses reviews to verify trustworthiness.
Top reviews

Miss richardson
2.0 out of 5 stars Bit dull
Reviewed in the United Kingdom on 22 August 2020
Verified Purchase
There are more entertaining books on the subject. Read like an educational textbook and I couldn't finish it.
Read more
Helpful
Comment Report abuse

paolo
5.0 out of 5 stars A book that doesn't lie
Reviewed in the United Kingdom on 4 December 2018
Verified Purchase
Great book tells the truth about Brexit.
The real statistics and why we left.
Read more
One person found this helpful
Helpful
Comment Report abuse

Marand
VINE VOICE
4.0 out of 5 stars Dry read but analysis backed up by statistics
Reviewed in the United Kingdom on 27 August 2017
This is something of a dry read, crammed with statistical analysis (unfortunately most of it unreadable on the Kindle version I had).: "Since the dependant variable is a dichotomy...model parameters are estimated using binomial logit procedures..." gives a flavour of the tone! Nonetheless, it is a fascinating read and does make you wonder why the pundits & pollsters got the referendum result so wrong. The authors indicate, based on a slew of long-term survey evidence, that many of the factors that affected voting were baked in long before the referendum took place. and that whilst some people did change their minds during the referendum campaign, most attitudes had formed years before. "It is clear that, if they were listening, a large majority of British MPs would have heard their constituents supporting Brexit" - London and Scotland being the exceptions. The survey evidence also suggest the Remain campaign got its strategy wrong - the scare-mongering of 'Project Fear' just didn't go down well. The Leave campaign seems to have been more nimble in responding to voters' concerns.

I also found the author's analysis of the likely consequences. Here again they are looking at statistical information, including a Cambridge study which suggests that the economic benefits of EU membership, not just for the UK but for other member states, are not as great as has been implied. They also cast doubt on the reliability of the Treasury model which predicted doom & disaster and fuelled George Osborne's warning of an emergency budget in the event of a leave vote. The upshot is that the authors suggest that the negative effects of Brexit have been over-stated. Another interesting issue emerges in that the authors indicate that the views of British voters to immigration are not dissimilar to those of voters across the EU - we are far from the being exceptional in attitudes towards immigration. Survey evidence from Europe shows that support for further integration fell between 2004 and 2014.

The book was written before the 2017 general election but it does indicate that among the wider public there was no sign of Brexit remorse nor any appetite for a second referendum and there is little to suggest that has changed.
Read more
24 people found this helpful
Helpful
Comment Report abuse

Andre Ricardo Chavez
3.0 out of 5 stars Remains's efforts were lackadaisical at best for failing to restructure their strategy where needed when ...
Reviewed in the United Kingdom on 17 May 2017
Verified Purchase
The central theme of this analysis focuses on the three pillars of Brexit: Immigration, Sovereignty, and Economy. All three authors have provided comprehensive aggregate quantitive survey and polling data to examine, primarily, British public opinion in these three areas. The book also sheds light on UKIPs rise and uncovers striking similarities between beliefs held by the British electorate at large and that of UKIP supporters regarding the three pillars. It thusly points out that British Euroscepticism has been ominously building since 1993 and is going nowhere fast. The authors demonstrate this rise by pointing to sharp changes in public perception and mood toward the EU at various breaking points such as EU elections, the 2008 financial crash, UK elections (particularly the Lib Dem-Conservative coalition government of 2010) and Migrant and financial crises within the EU.It is clear that Remain's performance was weak and unprepared for the task, underestimating the determination of key leavers and the impact they had had on public opinion toward the final 6 months before June 2016. Remains's efforts were lackadaisical at best for failing to restructure their strategy where needed when Leave began to make headway in the polls. This is both eye-opening and ground-breaking in its revelations.

However, in pointing out Remain's biggest arguments and campaign decisions (such as the warnings from the elite and the rolling out of politicians, celebrities, scholars [especially economists]) to warn the public of leaving, it seems to suggest that the warnings were overstated as part of 'project Fear', only to later admit in the final chapter that the full impact of Brexit will not be known for several years, presenting a clear contradiction in the thesis. It seems also to spend little time breaking-down the false claims made by both Leave campaigns (£350 a week to the EU comes to mind), of which many have now been debunked, even by Leave-leaders themselves.

In its presentation of emigration and immigration to the UK, it does not seem to make clear if that data contains International Students on 'limited leave to remain' in the UK for study purposes (as Theresa May has done by including Int. Students in the Net immigration figures for the UK). This is false is since international students are obligated to leave the UK after their studies.