Bonfire Night and over 8 million other books are available for Amazon Kindle . Learn more
Share <Embed>
Have one to sell?
Sell on Amazon 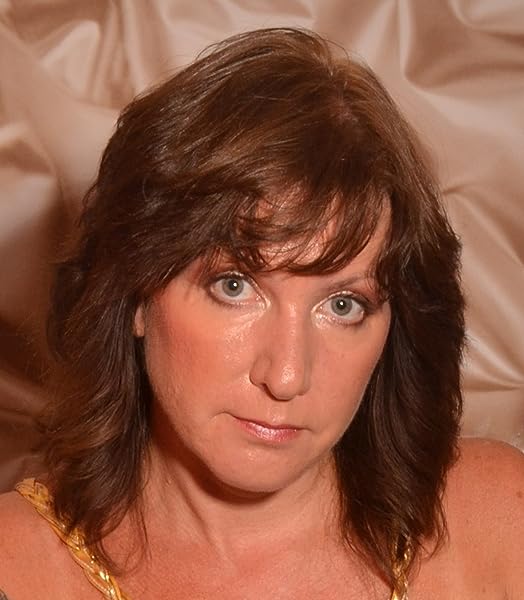 Fastest delivery: Tomorrow
Order within 6 hrs 37 mins Details
Note: This item is eligible for click and collect. Details
Pick up your parcel at a time and place that suits you. How to order to an Amazon Pickup Location? Learn more
Read more Read less
click to open popover

Start reading Bonfire Night on your Kindle in under a minute.

4.5 out of 5 stars
4.5 out of 5
8 global ratings
How are ratings calculated?
To calculate the overall star rating and percentage breakdown by star, we don’t use a simple average. Instead, our system considers things like how recent a review is and if the reviewer bought the item on Amazon. It also analyses reviews to verify trustworthiness.
Top reviews

Madame Bibi
3.0 out of 5 stars Fireworks!
Reviewed in the United Kingdom on 21 February 2016
Verified Purchase
I enjoyed the book but unfortunately there were quite a lot of words in the Kindle edition joined together (ie missing a space between them). I'm pretty sure that it would have been picked up during proof reading so I think it must have been when it was transferred onto Kindle. A good story though - worth a read. I've also just downloaded Holiday of the Dead - book of short stories, one of which has been written by Ricki Thomas, so I'm looking forward to reading that too.
Read more
One person found this helpful
Helpful
Comment Report abuse

Mrs. P. Clements
5.0 out of 5 stars Bonfire Night
Reviewed in the United Kingdom on 17 March 2013
Verified Purchase
Normally I am not a fiction reader, preferring non-fiction but I have read Ricki Thomas' books before and decided to try this one. My only complaint is the time taken up by it as I simply couldn't put it down. I carried it everywhere with me and dipped into it whenever I got a few minutes. It is excellent and especially if anyone enjoys a good murder mystery then you can;t do better than to read this and her other books.
Read more
2 people found this helpful
Helpful
Comment Report abuse

Amazon Customer
5.0 out of 5 stars Another good Ricki Thomas story...
Reviewed in the United Kingdom on 24 January 2014
Verified Purchase
I've read lots of these and enjoyed every one. Initially I thought they were a bit wordy, and got too involved with thoughts/feelings aside from the main story which made them rather clumsy to read, but I've grown to appreciate that now and I really enjoyed the twists and turns in this one. Good characters, good plot, good writer. Thanks!
Read more
2 people found this helpful
Helpful
Comment Report abuse

sallyw
5.0 out of 5 stars A real page turner
Reviewed in the United Kingdom on 25 September 2013
Verified Purchase
This story really gripped me. I loved the way the story unfolded from so many points of view. We saw things through the eyes of each character in turn. Sometimes we knew more than they did. Sometimes they had one up on us. We had to wait for all to be revealed and then the final twist.
Read more
2 people found this helpful
Helpful
Comment Report abuse

C. Warren
5.0 out of 5 stars What a roller coaster!!
Reviewed in the United Kingdom on 11 June 2013
Verified Purchase
I really loved this book with all its twists and turns in the plot. In fact I couldn't put it down...and was sad when it finished (always the sign of a good story). Can't wait for her next book!!
Cheryl Warren

John R Cowton
5.0 out of 5 stars It has everything (and more) that I would want from a psychological thriller.
Reviewed in the United Kingdom on 6 January 2019
Like many townies, the idea of living in a remote English rural village has a certain appeal. Colefield in Lincolnshire would be one village you may care to avoid, especially on Bonfire Night.
Put together the cover of darkness, and the sound of fireworks, and it's all the Christmas's come together for one predaceous local with a gun, who has a predilection for random execution of innocent women.
During the eighties, on consecutive years, one female was slaughtered in such a way, on Bonfire Night. This unsolved case became known as the Bonfire Murders. Then inexplicably it stopped, until thirty years later, when a young mother was killed in the same way.
DCI Frank Butler and his colleague Jeff Mason investigate and believe that the recent murder is linked to the eighties murders. However, Jeff's deceased father is linked to the murders, and Jeff's brother Paul, and is taken off the case.
As the story unfolds we are taken on a journey of secrets, deception, blackmail, threats and more murder. Shocking from beginning to end, with some humour, this book has it all. The characters are strong and believable. It has everything (and more) that I would want from a psychological thriller.

Poppet
5.0 out of 5 stars an outstanding stressfest! Superb reading, brilliant writing, I'm now an offical addict
Reviewed in the United Kingdom on 16 March 2014
Bonfire Night is an exceptional crime thriller. I was sucked in the moment I started it, liking Jeff immensely. This plot is so extraordinary because it has many layers of human interaction, taking us into the difficult world of a simple man, Paul Mason, and how his estranged brother Jeff tries to build a relationship with his only living relative after their father dies. This was so convincing, and so realistic, that it read as if it was happening. The filth, the surroundings, the body odour, it was all so palpable that the entire situation felt tangible.

On every level I was emotionally involved in this novel, I desperately wanted the killer to be apprehended and nailed, and you feel vindicated at the end of the novel only to have the supreme crime author play devil's advocate on my mind once again. From the get go you have the evidence presented, you know 'who did it', but you're along with Jeff while he follows clue after clue, finding his family has deep dark secrets, his brother has autism, and his job as a detective is in peril because he has a massive conflict of interest in the current case of the Bonfire murders.

In true crime writing grittiness there is death, there are twists, there are other characters involved who are hiding secrets, their pasts coming back for retribution, and there is a constant air of 'any second now something horrific is going to happen'. This is a really intricate plot that is so well thought out and communicated that I was wishing this was a movie because man it's so up my alley! I love books like this that consistently hold my interest, keep me up way past my bedtime (after 3 a.m., thank you Ricki!), and where at every juncture you are holding your breath, you're reading as fast as you can, flicking through the pages, desperate for resolution and answers.

I can't recommend this novel highly enough, it really is exceptional! It was gripping, compelling, dramatic, twisted, complicated, and all the shades in between. It held my unwavering attention to the last page, saddened by the casualties, and still wanting to know the rest of the story. The characters are ones you want to know about long after the case is closed. You want Dom to get a really good kick in the pants, you want Alan to get the high profile job, you want Kyle to end up in a car accident, you want to know about Jacob and Sue, as a reader I became so invested in this story that I really could have happily kept reading the sequel (lol, I don't know if there is one, but I doubt it would have this level of crime in it if it does).

That is the mark of a novel so well written that the characters are all ones I have an emotional reaction to. I really liked Frank, but I know that all novels must end and the glimmer of hope at the end must suffice. It was horrendous and stressful and brilliant! If you need a stay up all night stressfest then this is the novel for you! I'm reading another Ricki Thomas novel after this, because one book wasn't enough. I need another fix. This is novel crystal meth, be warned, it's addictive reading!
Read more
2 people found this helpful
Helpful
Comment Report abuse

Monique Lomino
5.0 out of 5 stars A Fabulous Thriller!!!
Reviewed in the United Kingdom on 22 January 2016
When I started reading this book I had no idea what suspenseful treats awaited me.I was literally thrown for so many loops that I was dizzy from this tale.Jeff Mason a police detective reunited with his estranged brother and father after being separated from them for most of his life had no clue that his life will soon be forever changed.Ricki Thomas is Brilliant,she managed to make me experience so many emotions reading this book.I was excited by the mystery,scared for the characters in danger,I cried for many of the characters and was shocked speechless with the turn of events at the end.This was a fabulous thriller that had me on the edge of my seat applauding the author.
Read more
3 people found this helpful
Helpful
Comment Report abuse
See all reviews
Unlimited One-Day Delivery and more
Prime members enjoy fast & free shipping, unlimited streaming of movies and TV shows with Prime Video and many more exclusive benefits.
> Get Started