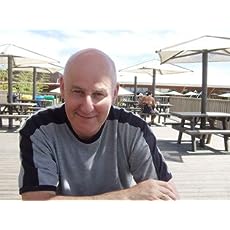 His debut novel - The Young Demon Keeper - was a semi-finalist in the Amazon Breakthrough Novel Award 2011.

He has a story blog at snodlander.wordpress.com

(No, Portugal is not part of Spain.)
Read more 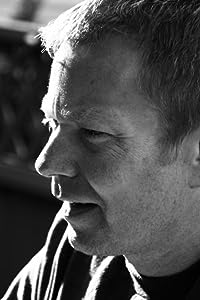 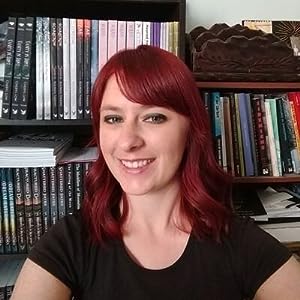 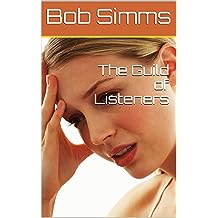 The Guild of Listeners 13-Apr-2020
by Bob Simms
£2.38 £5.60
The Guild made the world a more honest place. Business deals could be made with confidence. Wrongful convictions were a thing of the past. Telepaths, strictly licenced and controlled, ensured the smooth running of society.But when Laura meets someone she can't Listen to, her faith in the Guild, the police and the world around her crumbles. Soon her life is on the line, and the fate of the cosy world she'd known rests on her shoulders.The Guild of Listeners is a sci-fi adventure where Laura has to decide whether she can trust the one man whose thoughts she cannot read.
Read more
Other Formats: Paperback 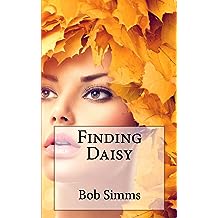 Fairies. We’ve all heard about them, right? Flitting from flower to flower, friends to the ladybirds, all those nursery rhyme lies invented by the Victorians. Go back further in history, and you learn the truth. Haven’t you ever wondered why a brain embolism is called a stroke? Why people who are ‘touched’ are ‘away with the fairies’? Why you never take a baby for a stroll without stale bread in his pocket and iron around his neck?

Ess discovers the truth about fairies and their power when she is hired to track down Daisy, the country’s most sought-after and mercurial model. She navigates her way through politics, nobility and the fashion industry seeking after the truth and apologising for the wreckage that always follows her partner in crime, Oz. But this time she’s putting much more than her life on the line, she’s risking her sanity and that of those she holds most dear.
Read more
Other Formats: Paperback 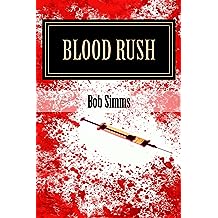 Blood Rush (Ess and Oz Adventures Book 3) 25-May-2013
by Bob Simms
( 4 )
£2.38 £5.99
There's a body in Brixton, drained of blood and with puncture wounds to its neck. No one believes it's a vampire killing, not the police and not the vampires, so why is a criminal gang so keen to find one? Can the hardest villain in Norwood really be a ten-year-old girl? When Abba goes berserk, just how dangerous can it get? And how can such a lecherous old soak like Oz get his leg over so often? Ess, animal massage therapist, Wiccan and sometime investigator of the London Otherworld tries to answer all these questions (except maybe the one about Oz. There are limits.) and still cultivate a personal life. But some days it's all she can do to stay alive at all.

Blood Rush is the third Ess and Oz novel from the tortured pen of Bob Simms, mixing urban fantasy and crime seasoned with a sense of humour that can best be described as 'individual'.
Read more
Other Formats: Paperback 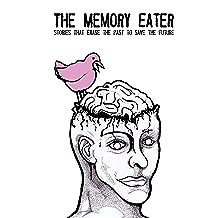 The Memory Eater 19-Jun-2012
by Matthew Hance
( 6 )
£0.99 £7.65
The Memory Eater is an anthology consisting of 27 uniquely illustrated stories based on a device with the ability to locate and destroy any memory in the human mind.

Follow the story of a conflicted man who tries to become the fantasy inside his head by deleting reality. Or the story of a devastated couple who lost their child and turn to a shady Memory Eater doctor to erase their problems. Discover the truth behind the urban legend regarding where the Memory Eater really came from, and how it was used during World War II in the fight against Hitler and Nazi Germany.

Drop in for a tale of love, and how one man never gives up hope to find his childhood sweetheart after the Memory Eater tore them apart. Witness how a teenage prank involving the machine and a chore goes hilariously wrong. Or how, with the introduction of this new technology, mass paranoia begins to spread, prompting people to tirelessly investigate their own pasts.

See how the Memory Eater will shape the future into the perfect utopia. How it evolves into much more than deleting memories. Memories will become transferable and sold in back alleys. They’ll become viral. But ultimately, nothing will be safe, not even the sacred depths of the mind.
Read more
Other Formats: Paperback 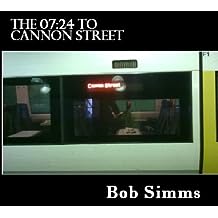 The 07:24 to Cannon Street (Commuting Compendium Book 1) 01-Feb-2012
by Bob Simms
( 1 )
£2.28 £5.99
The 62 short stories herein represent the whole gammut of Bob's weird and wired brain, from A to C. The world is not yet ready for D - Z. Some are thought-provoking, some are visions of the future, most are funny and not a few of them are, well, just strange. From A Family Saying to Bunnies and Boltcutters, there's something here to amuse, amaze or simply to have you shake your head.

The perfect cistern-top book. Let's face it, it's easier to say you're heading for the bathroom with your Kindle in your hand than a PC.
Read more
Other Formats: Paperback 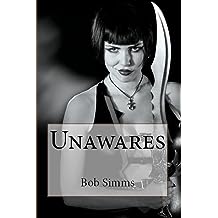 Unawares 27-Dec-2011
by Bob Simms
( 10 )
£0.99 £4.99
Angels are meant to be angelic, right? The clue's in the name. So when a young programmer meets one while working late one night, he didn't expect her to point the business end of a shotgun at him. She rescues (or possibly kidnaps) him, rechristens him 'Rabbit' and hurls him into a world where the only difference between an angel and a demon is just how hard they are going to hit him. Teaming up with a fallen angel, a young witch and a defrocked priest, they are all that stand between our world and the demon out to destroy it. The Day of Days is coming, when the angels pick sides and fight. Whoever wins, humans will just be collateral damage. The mismatched team have to pull together against an array of garrulous librarians, underground nightclub owners, false policemen and the denizens of the worst housing estate in London, in order to discover the demon's plans and thwart them.
Played out on the streets of modern London, UNAWARES follows Rabbit as he tries to make sense of a world undreamt of in his previous existence. Overnight he loses his old life, his job and even his name. Now he has to fight demons, decipher ancient codes, prevent the apocalypse, but most of all simply stay alive.
This 57,000 word novel is a mix of urban fantasy, adventure and dark humour, for those that like their heroes to be less than angelic, and their angels less than heroic.
Read more
Other Formats: Paperback 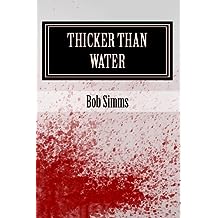 Thicker Than Water 31-Oct-2011
by Bob Simms
( 7 )
£2.30 £5.49
Ess decides to supplement her income by reading auras professionally, but when her first client has no aura at all, it catapults her into an entirely different profession: psychic detective. Sometimes helped, sometimes hindered by her ebullient sidekick, Professor Oz Dawkins, she needs to hunt down a missing son.
Love never runs smooth, especially mixed relationships. When one partner is a young girl in the first flush of love, and the other is a vampire desperate to be human, it's even harder. Neither family approve of the match, and just how do you make a go of it when one of you works days and the other nights?
Set in London, this modern Romeo and Juliet story has a cast of demons, students, succubae, jobsworths, vampires, and supermarket shelf stackers. Lives intertwine as they race helter-skelter towards a dangerous climax. Can love survive? Can anyone?
Thicker Than Water is the sequel to The Young Demon Keeper, the Amazon Breakthrough Novel Award semi-finalist 2011.
Read more
Other Formats: Paperback 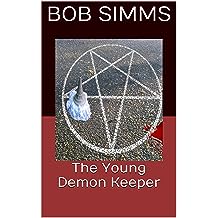 "This enjoyably light-hearted fantasy novel, trading on romance and humor abetted by magic, demons, witches, and spells tells the story of a naïve young Brit, Paul, who summons a demon with a spell he finds in an old book. Instead of getting a demon to serve as his personal slave, he gets Scarth, an irritating, stupid, voraciously hungry creature who loves ice cream but also consumes people. Paul quickly realizes that Scarth is not what he wanted and attempts to send him back. However, he is confronted by Lord Roath of the Inner Circle of Pain, Destroyer of Peace, Crusher of Souls. Lord Roath explains that he has the right to refuse to take Scarth back and Paul is stuck with him for the next 500 years or so. Paul heads to London, hoping to find someone who can help. It's going to take a lot of help, but Paul finds it in “Dumpster,” a Pub’s arm-wrestling champ, Vanessa, a Wicca, and ebullient professor “Oz” Dawkins. What follows is a series of amusing adventures and misadventures that lead to a dangerous attempt to return the irritating but endearing Scarth -- all of which may result in Paul’s exile to the underworld. This debut is reminiscent of Piers Anthony’s Xanth series (minus the puns) but with much the same adolescent innocence confronting adult situations."

When Paul summoned a slave demon to do his every bidding, he thought it would be really cool. Instead, he got Scarth, a hybrid that was as magical as a damp sponge but not as intelligent. His only talents seem to be invisibility and to eat: toasters, gravel, furniture, but especially ice-cream. Oh, and people.