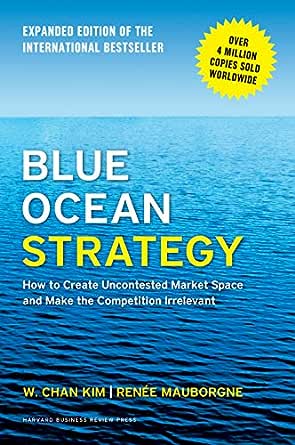 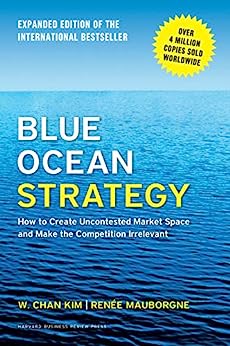 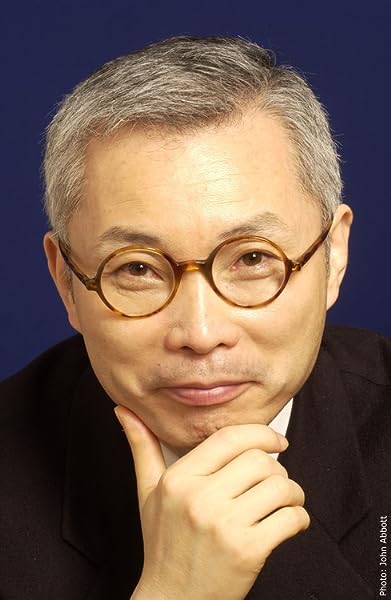 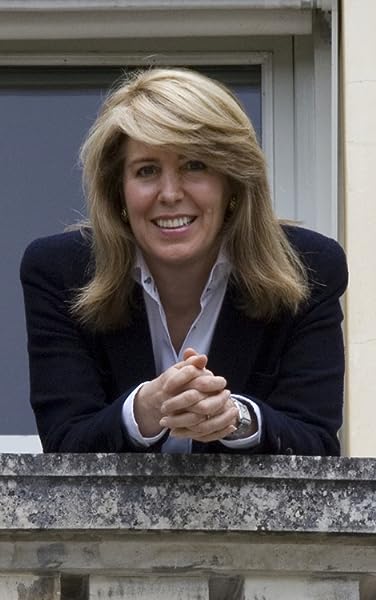 "one of the bestselling business books of the century" -- Financial Times

"Blue Ocean Strategy is the most successful book on business master-planning..." -- The Economist

"A great read for any leader looking to get a real edge in business and establish a real competitive advantage in the market." -- Qantas The Australian Way

Blue Ocean Strategy is the fastest selling title ever published by Harvard Business School Press, with a record-breaking 36 languages sold. Since being published, the book has hit several bestseller lists, including the Wall Street Journal and BusinessWeek, and was the #1 bestselling book for 2005 at 800-CEO-READ.

The book has resonated with executives at small and large companies, nonprofits, and government agencies, many of whom have changed their strategies after reading the book. They include Nintendo, Ford, Samsung, and The Government of Singapore.

"Blue Ocean Strategy will have you wondering why companies need so much persuasion to stay out of shark-infested waters." --This text refers to an alternate kindle_edition edition.

W. Chan Kim and Renee Mauborgne are Professors of Strategy at INSEAD and Codirectors of the INSEAD Blue Ocean Strategy Institute. They are the authors of the New York Times and #1 Wall Street Journal bestseller, BLUE OCEAN SHIFT and the international bestseller BLUE OCEAN STRATEGY, which is recognized as one of the most iconic and impactful strategy books ever written. Blue Ocean Strategy has sold over 3.6 million copies, is being published in a record-breaking 46 languages, and is a bestseller across five continents. Chan Kim and Renee Mauborgne rank in the top 5 management gurus in the world in the Thinkers50 list, a title they have held for ten straight years, and are the recipients of numerous academic and management awards around the world including the Nobels Colloquia Prize for Leadership on Business and Economic Thinking, the Carl S. Sloane Award by the Association of Management Consulting Firms, the Leadership Hall of Fame by Fast Company, and the Eldridge Haynes Prize by the Academy of International Business, among others. They are Fellows of the World Economic Forum and the founders of the Blue Ocean Global Network. For more on these authors and their new book, BLUE OCEAN SHIFT, see blueoceanstrategy.com.

Companies have long engaged in head-to-head competition in search of sustained, profitable growth. They have fought for competitive advantage, battled over market share, and struggled for differentiation.


Yet in today’s overcrowded industries, competing head-on results in nothing but a bloody “red ocean” of rivals fighting over a shrinking profit pool. In a book that challenges everything you thought you knew about the requirements fro strategic success, W. Chan Kim and Renee Mauborgne contend that while most companies compete within such red oceans, this strategy is increasingly unlikely to create profitable growth in the future.


Based on a study of 150 strategic moves spanning more then a hundred years and thirty industries, Kim and Mauborgne argue that tomorrow’s leading companies will succeed not by battling competitors, but by creating “blue ocean” of uncontested market space ripe for growth. Such strategies moves—termed “value innovation”-create powerful leaps in value for both the firm and its buyers, rendering rivals obsolete and unleashing new demand.


Blue Ocean Strategyprovides a systematic approach to making the competition irrelevant. In this frame-changing book, Kim and Mauborgne present a proven analytical framework and the tools for successfully creating and capturing blue oceans. Examining a wide range of strategic moves across a host of industries, Blue Ocean Strategy highlights the six principles that every company can use to successfully formulate and execute blue ocean strategies. The six principles show how to reconstruct market boundaries, focus on the big picture, reach beyond existing demand, get the strategic sequence right, overcome organizational hurdles, and build execution into strategy.


Upending traditional thinking about strategy, this landmark book charts “a bold new path to winning the future”. --This text refers to an alternate kindle_edition edition.

Written by the business world's new gurus, "Blue Ocean Strategy" continues to challenge everything you thought you knew about competing in today's crowded market place. Based on a study of 150 strategic moves spanning more than a hundred years and thirty industries, authors W. Chan Kim and Renee Mauborgne argue that lasting success comes from creating 'blue oceans': untapped new market spaces ripe from growth. And the business world has caught on - companies around the world are skipping the bloody red oceans of rivals and creating their very own blue oceans. With over one million copies sold world wide, "Blue Ocean Strategy" is quickly reaching "must read" status among smart business readers. Have you caught the wave? --This text refers to an alternate kindle_edition edition.
Read more

4.6 out of 5 stars
4.6 out of 5
1,528 global ratings
How are ratings calculated?
To calculate the overall star rating and percentage breakdown by star, we don’t use a simple average. Instead, our system considers things like how recent a review is and if the reviewer bought the item on Amazon. It also analyses reviews to verify trustworthiness.
Top reviews

Fabrizio Poli
4.0 out of 5 stars Overall Recommended
Reviewed in the United Kingdom on 21 September 2020
Verified Purchase
The concept of Blue Ocean strategy is absolutely ace. This is a must-read for every entrepreneur.
I love the various business cases discussed in the book. It is written with quite an academic style, so does require some concentration to understand.
Overall recommended!

Paul Sloane
5.0 out of 5 stars One of the Most Important Works on Innovation
Reviewed in the United Kingdom on 4 September 2008
Verified Purchase
This is a highly influential and important book in the field of innovation and business strategy. Most markets are crowded with me-too companies fighting each other with cut-throat discounts and special offers. Kim and Mauborgne show how you can move out of this bloody 'red ocean' into a different and more profitable 'blue ocean.' I found the most useful part of the book was the description of company 'value curves' which compare the values that you offer in different aspects of your product or service with those of your competitors. It is an invaluable starting point in searching for ways to gain competitive advantage through innovation. There are some good case studies and examples. The later parts of the book on implementing the strategy are a little weaker but overall it is highly recommended.
Read more
6 people found this helpful
Helpful
Comment Report abuse

Nagorom
5.0 out of 5 stars A Challenging Perspective of Strategy
Reviewed in the United Kingdom on 28 June 2012
Verified Purchase
For me Blue Ocean Strategy provided a challenging perspective of strategy, albeit one that I embraced quite readily. The colour metaphor that characterised this perspective of strategy, was what attracted my interest and drew me to this book in the first place. And I was not disappointed. It was different from anything I had read and have been taught about strategy before. And it made sense in hindsight, seeing why companies like Dell, despite being small was able to compete, sorry not compete, but survive and thrive in the same product market as the mighty IBM without necessarily being in the same market space, if you get the pun.

The premise on which the Blue Ocean Strategy thesis is built, is a simple one. Create a new market space through innovating on the value you give to the customer. This, the authors refer to as the cornerstone of the Blue Ocean Strategy. I must confess that value innovation on a first read sounds counter intuitive to the twin principles of either competing on being different and expensive (differentiation), or being like everyone else and selling cheaper (cost leadership).

But once you get your head around it as they say in England, then it is quite straight forward following the formulation principles outlined so beautifully in the book. The first principle of reconstructing market boundaries can sound very daunting to a new comer to the field of strategy, since in standard red ocean strategy arena, market boundaries come as given. And yet it is the very act of thinking about reconstructing the existing market boundaries that gives birth to thoughts and strategies for creating your value innovation. It is this reconstruction that allows you to focus on the big picture, instead of the numbers, which is the next formulation principle in your Blue Ocean Strategy toolkit.

The next two principles ; reaching beyond existing demand and getting the strategic sequence right are just plasters that hold your reconstructed market boundaries and value innovation together. So also are the four action framework of eliminate, reduce, raise and create industry factors in order to create this new value for your customer. In addition, the authors provide three characteristics of a good strategy to guide your journey. You are advised to ensure that your value curve has a focus, it diverges from other industry players, and finally, that you need a compelling tagline. Creating strategies could not be simpler. If only someone had told me this when I first started out trying to do strategies.

There are plenty of examples of companies that have wittingly or unwittingly created strategies that the authors have identified as Blue Ocean and provided a theoretical underpinning for them and most importantly demonstrated that it possible to systematically recreate them or indeed create new ones. So, go ahead jump into the blue ocean and start creating some Blue Ocean Strategies. The world of crafting strategies as Henry Mintzberg prefers to put it can never be the same again.

Tony Jones
4.0 out of 5 stars Solid read not just for strategy
Reviewed in the United Kingdom on 14 July 2011
Verified Purchase
By now (2011) this is known as a 'classic' with its metaphor of both Blue Oceans and Red Oceans for new clear markets or competitor bashing crowded markets. There is a wealth of material and both a theory and lots of cast studies.

I do think a number of the case studies have been fitted to the theory and the authors might have sought out only examples that fit the theory but overall this is a decent read and compelling.

Melvyn Manning
5.0 out of 5 stars Different View
Reviewed in the United Kingdom on 5 May 2020
Verified Purchase
What's to dislike. It demonstrates all you need to know about business, outside the box!
Read more
Helpful
Comment Report abuse

Antonio
4.0 out of 5 stars Thought-provoking and practical
Reviewed in the United Kingdom on 22 June 2009
Verified Purchase
For me, the core of the book consists of the first two chapters - 'Creating blue oceans' and 'Analytical tools and frameworks'. These outline the processes of opening up new demand and of using 'strategy canvases' to map your offering against other businesses'. The canvas is a neat tool - easy to use, easy to communicate, easy to remember - that I've found useful in practical settings. The book rather loses focus and shape in the later chapters on implementation.
Read more
6 people found this helpful
Helpful
Comment Report abuse