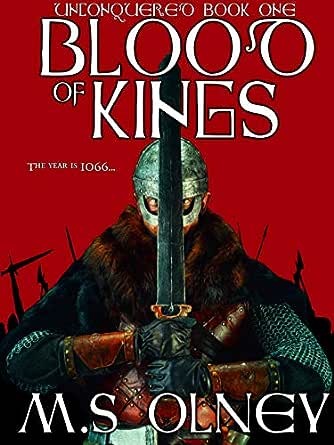 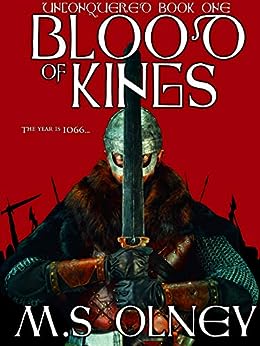 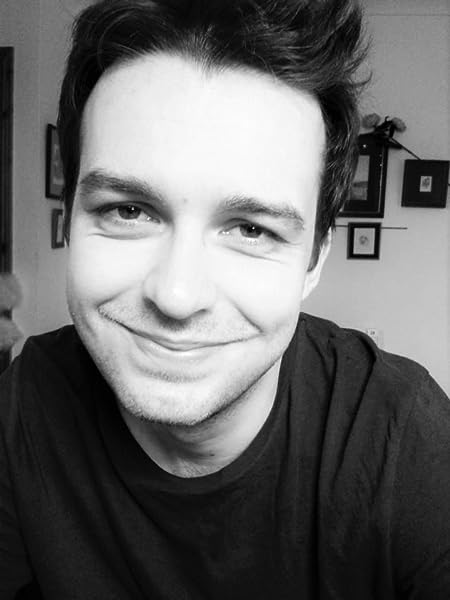 Page 1 of 1 Start overPage 1 of 1
This shopping feature will continue to load items when the Enter key is pressed. In order to navigate out of this carousel please use your heading shortcut key to navigate to the next or previous heading.
Back
Next
Amazon Business : For business-exclusive pricing, quantity discounts and downloadable VAT invoices. Create a free account
Also check our best rated Historical Fiction reviews

3.7 out of 5 stars
3.7 out of 5
18 global customer ratings
How does Amazon calculate star ratings?
Amazon calculates a product’s star ratings based on a machine learned model instead of a raw data average. The model takes into account factors including the age of a rating, whether the ratings are from verified purchasers, and factors that establish reviewer trustworthiness.
Top Reviews

Ann Margaret
4.0 out of 5 stars A darned good read for all ages!!
Reviewed in the United Kingdom on 11 June 2014
Verified Purchase
I have chosen this rating as I think M S Olney is a very promising young writer and I like to encourage new talent. However, the book deserves a good rating as it held my attention all the way through and I couldn't wait to get back to the story. I have read one of your reviews which was critical of grammar, spelling etc., but this can sometimes be said about books by very established authors and can be the responsibility of editors. I have spotted "typos" and wrong spelling in many highly rated books in the past. I think the story is the thing to judge and this is a very good one. I can't wait to read the next book which is to be about the Norman Conquest, a subject I really like and I'm sure it's going to be another good read. My heading reflects my age which is 78 and I'm sure this book will appeal to many people across the generations.
Read more
One person found this helpful
Helpful
Comment Report abuse

adamsson
4.0 out of 5 stars Perfectly good first novel
Reviewed in the United Kingdom on 23 January 2014
Verified Purchase
The Saxon kingdom before the Norman invasion is rarely covered in Historical fiction, loads on Vikings but very little on this crucial part of British history. So the book has novelty value if nothing else it is quite well written the characters are reasonably well developed and story moves along at decent pace.

It an easy read and keeps you interested which is all I ask from a novel.

Patricia Mordue
5.0 out of 5 stars Fantastic!!!!
Reviewed in the United Kingdom on 27 June 2017
Verified Purchase
WOW, WOW and yet more WOWS!!! Brilliant writing!! My favourite characters were Acca and Osfrid. Engaging throughout, what more can I say except MORE please!!
Read more
One person found this helpful
Helpful
Comment Report abuse

Mr. Gordon Downie
5.0 out of 5 stars Fast and furious
Reviewed in the United Kingdom on 28 August 2014
Verified Purchase
A really god read. I found it hard to put down. Osfrid certainly gets about a bit! I look forward to the next book in the series. Will King Harold get to Hastings in time? Will William the Bastard (that's his name, not what I think about him) start without him? Who will win?
Read more
One person found this helpful
Helpful
Comment Report abuse

veronica jones
4.0 out of 5 stars Good story
Reviewed in the United Kingdom on 17 July 2015
Verified Purchase
Enjoyed this book but a little disappointed at the way it ended so suddenly. To make matters worse there doesn't seem to be another book in this series, even though this first one was published in 2013. Any updates on when next book due please.
Read more
One person found this helpful
Helpful
Comment Report abuse

Mr Neil Collier
4.0 out of 5 stars Good Start to a series
Reviewed in the United Kingdom on 8 March 2014
Verified Purchase
I have read a number of this type of books by authors such as Bernard Cornwell, Simon Scarrow, Conn Iggulden etc, and although Matthew Olney is not quite at their level he could certainly be up there soon. A very good read, and I'm looking forward to the next in the series.
Read more
One person found this helpful
Helpful
Comment Report abuse

Amazon Customer
3.0 out of 5 stars Okay
Reviewed in the United Kingdom on 24 December 2013
Verified Purchase
This book was okay, not a thrilling page turner but an easy read and I would try the next one
Read more
Helpful
Comment Report abuse

Ashleymews
2.0 out of 5 stars Quite a good story but needs a good editor
Reviewed in the United Kingdom on 26 December 2013
Verified Purchase
Before I go into detail let me say that I enjoyed the story. Unfortunately there were problems with the style and even greater ones with the grammar and spelling.

First the style; the author attempted to adopt a herioc voice with some grandiose language which I thought was appropriate to give a sense of the historical context and sense of quest. However they were lapses into a more common vernacular with even some Americanisms as well as more general anachronistic uses of words. Ok, I think you get better at that as you write more books and consult a decent editor.

Now the grammar and spelling. Oh dear. The author would make a good greengrocer as he has no idea of the use of the apostrophe, making errors both ways in missing it when it was required and inserting it when it was not. I never got used to reading "thegn's" as a plural. The other major and consistent problem was the choosing of participles in the past tense instead of (mainly) the gerund to give "was sat","was stood", "had wrote", instead of "was sitting (or seated)", "was standing", "had written". Misuse of "of"; inserting it in error to give "outside of", and "off of". Related to this was the modern error, "would of" instead of "would've". That one hurt my eyes!

Then there were Americanisms; so anachronistic and cross-cultural, especially as America had not been "invented" by 1066! Seriously, these did nothing for the historical style. The Americanisms I spotted were, "meet with", "gotten" (could have got away with that one if used consistently and more in the heroic voice as its roots are old English), "practicing" (although this could be just a spelling error), "snuck", "barkeep", and the worst one, "dove" (as in pronounced doav) instead of "dived".

Infinitives were split where not to would have achieved better English and driven that sense of "historic/heroic instead of losing it. An example is where the author chose to write "to not notice" when it was no effort to write "not to notice".

Moving onto spellings, there was, "mote" instead of "moat, "grouped" for groped", "jailors" for "jailers", "creek" for "creak", "feint smell" for "faint smell", "hoofs" for the more usual "hooves" (in fact both are correct but pick one version consistently). Inconsistent also was the use many times of "sheild" for "shield". In defence, these could be typos; but not when the error is actually another similar word.

Some sundry errors, and I will finish with the worst of them. Use of "were" with a singular subject instead of "was". Use of "whose" for "who's" meaning "who is" (effectively yet another apostrophe error). Use of "arrival to" instead of "arrival at or in". Use of both "judgment" and "judgement" on the same line of text. The author possibly is not aware of their different meanings; the former is the record made at the end of a court case, and the latter is what we all exercise each time we make a decision. There was a very odd usage, "off handily" which seems like a mishearing of "offhandedly".

The worst I save to the last (and it was in fact the final error in the book). This one combines incorrect grammar with a misplaced apostrophe in a sentence deliberately written to record our heroes' derring-do. The result destroys the moment. Get ready to cringe; it was "Victory was there's". (If you are not with me on this one which had me exclaiming "No, no, no" out loud, then it is the mistaken use of "there" for "their" combined with an apostrophe inserted to recreate the possessive lost by not using "theirs".)

Kindle Customer
5.0 out of 5 stars Potentially a good series
Reviewed in the United States on 14 May 2017
Verified Purchase
Excellent story telling of strife surrounding King Harold's taking the throne of Saxon England, preceeding William the Conquerers journey to take the throne. Wondered what happened to Osfrid as it appears he's dying at the end of book 1. Evidently another in the series has yet to be written. Looking forward to the next in the series.
Read more
One person found this helpful
Helpful
Sending feedback...
Thank you for your feedback.
Sorry, we failed to record your vote. Please try again
Report abuse

Chokkan
4.0 out of 5 stars A Good Start
Reviewed in the United States on 22 November 2013
Verified Purchase
I really enjoyed the story and the unique setting. There were a few typos, but they didn't spoil my enjoyment of the book. I'm looking forward to more in the future.
Read more
2 people found this helpful
Helpful
Sending feedback...
Thank you for your feedback.
Sorry, we failed to record your vote. Please try again
Report abuse
See all reviews
click to open popover
Unlimited One-Day Delivery and more
Prime members enjoy fast & free shipping, unlimited streaming of movies and TV shows with Prime Video and many more exclusive benefits.
> Get Started