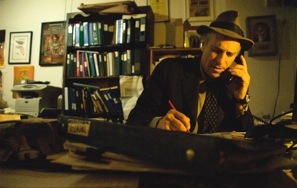 by Greg Tobin (Author)
4.3 out of 5 stars 82 ratings
See all formats and editions Hide other formats and editions
Note: This item is eligible for click and collect. Details
Pick up your parcel at a time and place that suits you. How to order to an Amazon Pickup Location? Learn more
Read more Read less
click to open popover

The Best Democracy Money Can Buy contains Greg Palast's greatest hits, and that means some of the biggest stories and scandals in recent memory. Palast is an internationally recognised expert on the control of corporate power who previously worked with labour unions and consumer groups in the US, South America and Europe investigating corporate corruption. Since then he has become a journalist whose investigative reports for the BBC and The Observer are all but banned in the US but that nevertheless pick up awards by the dozen.

The book opens with his report on how Florida Secretary of State Katherine Harris allegedly stole the 2000 election for Bush by illegally removing African-Americans from voter rolls. This take-no-prisoners opener sets the tone for much of the book. It is followed by his report claiming that Bush killed off the FBI's investigation of the bin Laden family prior to the September 11 attack-for which he was awarded the California State University's Project Censored Prize for a report too hot for US media.

The heart of the book is about the institutionalised economic criminal activity that is part and parcel of the politics of globalisation. Palast portrays the IMF, the World Bank and the assorted group of agencies as institutions that "dream up, then dictate, the terms of the new international economics" to create what he describes as "the Golden Straitjacket" of globalisation. He produces vivid case studies from across the globe to challenge even the most paranoid of conspiracy theorists. On the whole, the book claims to show that economic "assistance plans" presided over by these institutions amount to a (so far) guaranteed sentence of economic damnation.

As much has been published elsewhere; there is little new here and Palast's strident style can sometimes obscure the finer points of analyses. But this is an in-your-face book with a powerful call to action that will outrage and energise many of its readers. --Larry Brown

Essential reading for anyone who feels that the principles which politicians constantly spout are being eroded by those very same people . . .a shocking exercise in investigation, this ought to be required reading. (Leon McDermott, Big Issue in Scotland)

Palast demands to be read. (The Good Book Guide)

Those in authority will not agree, but we need more Greg Palasts (Will Hutton)

The information is a hand grenade (John Pilger)

The journalist I admire the most. I'm an avid reader of everything Palast writes - can never get enough of it (George Monbiot)

Palast, an investigative reporter, spent five years trying to find out what is really going on in politics and big business. In this volume he reveals what PR companies, lobbyists and politicians spend their time keeping hidden.

Palast, an investigative reporter, spent five years trying to find out what is really going on in politics and big business. In this volume he reveals what PR companies, lobbyists and politicians spend their time keeping hidden. Using sources inside the global institutions he establishes that the IMF and the World Bank serve the interests of the very rich in Europe and America. In a series of sting operations he reveals how far the Labour government was prepared to go in its attempts to gain the support of big business, and his report on the American presidental election makes it clear that the wrong man is in the White House.

Greg Palast's undercover reports and his column in The Observer won the Financial Times David Thomas Prize. Salon.com chose his report on the US elections in 2000 as 'Political Story of the Year'. Greg Palast divides his time between London and New York.
Read more