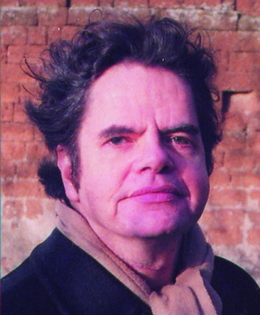 Fastest delivery: Thursday, Sep 24
Order within 23 hrs 51 mins Details
Note: This item is eligible for click and collect. Details
Pick up your parcel at a time and place that suits you. How to order to an Amazon Pickup Location? Learn more
Read more Read less
click to open popover

'I love Staying Alive and keep going back to it. Being Alive is just as vivid, strongly present and equally beautifully organised. But this new book feels even more alive - I think it has a heartbeat, or maybe that's my own thrum humming along with the music of these poets. Sitting alone in a room with these poems is to be assured that you are not alone, you are not crazy (or if you are, you're not the only one who thinks this way!) I run home to this book to argue with it, find solace in it, to locate myself in the world again.' --Meryl Streep

'These poems remind us of what we have felt yet never fully articulated, what we have dreamt yet never believed entirely possible. Perhaps most importantly, the poems in here tell us there is nothing more powerful than language when its agenda is to reveal rather than to conceal or distort.' --Kamila Shamsie.

'Hopefully, books like this will put poetry back into the mainstream.' --Van Morrison

Being Alive is the sequel to Neil Astley's Staying Alive, which became Britain's most popular poetry book because it gave readers hundreds of thoughtful and passionate poems about living in the modern world. Now he has assembled this equally lively companion anthology for all those readers who've wanted more poems that touch the heart, stir the mind and fire the spirit. Being Alive is about being human: about love and loss, fear and longing, hurt and wonder. Staying Alive didn't just reach a broader readership, it introduced thousands of new readers to contemporary poetry, giving them an international gathering of poems of great personal force, poems with emotional power, intellectual edge and playful wit. It also brought many readers back to poetry, people who hadn't read poetry for years because it hadn't held their interest. Now Being Alive gives readers an even wider selection of vivid, brilliantly diverse contemporary poetry from around the world. If readers were surprised by Staying Alive, the publishers were even more staggered by the postbag they received in response.People from all walks of life wrote to express their thanks and appreciation, saying how much Staying Alive had helped or stimulated them and fired up their interest in poetry. They hadn't just bought one copy, they'd bought many copies to give to friends and family as presents. They also wanted to tell editor Neil Astley about other poems which had been important to them in their own lives, and Being Alive includes many powerful poems suggested by readers. Staying Alive has so far sold 75,000 copies. Being Alive is eagerly awaited by thousands of readers throughout Britain and Ireland.

Neil Astley is editor of Bloodaxe Books, which he founded in 1978. His books include novels, poetry collections and anthologies, most notably the Bloodaxe Staying Alive trilogy: Staying Alive (Bloodaxe, UK 2002/ Miramax, US 2003), Being Alive (2004) and Being Human (2011), along with Essential Poems from the Staying Alive Trilogy (2012). His other anthologies (all these from Bloodaxe) include Earth Shattering: ecopoems (2007), The Hundred Years' War: modern war poems (2014), and three collaborations with with Pamela Robertson-Pearce, Soul Food: nourishing poems for starved minds (2008), and the DVD-books In Person: 30 Poets (2008) and In Person: World Poets (2017). He has published two novels, The End of My Tether (2002), which was shortlisted for the Whitbread First Novel Award, and The Sheep Who Changed the World (2005). In 2012 Candlestick Press published his selection of Ten Poems About Sheep in its renowned pamphlet series. In 2015 he guest-edited a special international issue of the American literary journal Ploughshares, its first all-poetry issue in its 44-year history. He received an Eric Gregory Award for his poetry from the Society of Authors in 1982 and was given a D.Litt from Newcastle University for his work with Bloodaxe Books in 1995. He is a trustee of Ledbury Poetry Festival, and a Visiting Fellow at Newcastle University. He was made an Honorary Fellow of the Royal Society of Literature in 2018.
Read more