from Bad to Wurst and over 8 million other books are available for Amazon Kindle . Learn more
Share <Embed>
Have one to sell?
Sell on Amazon
Flip to back Flip to front
Listen Playing... Paused   You're listening to a sample of the Audible audio edition.
Learn more
See this image 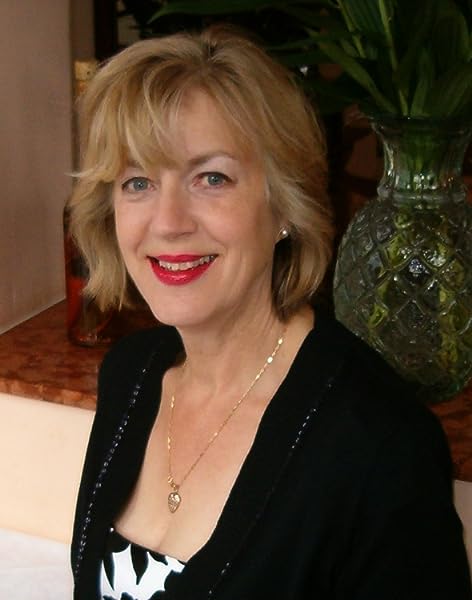 Start reading from Bad to Wurst on your Kindle in under a minute.

Set in the picturesque region of Bavaria, and spanning thirty-odd years from the seventies to the noughties, "From Bad to Wurst" tells the story of Denise's experiences as a vegetarian cook in a health clinic. Dreaming of a new life abroad, she chooses her maternal grandfather's country to throw caution to the winds and exchange her secure but tedious job for the unknown quantity that is the Tannerhof Sanatorium in the village of Bayrischzell. This, without knowing a word of German, much less of cooking! What follows is an often hilarious, sometimes poignant, but always heart-warming tale that blends travelogue and social commentary with the ups and downs of a Gastarbeiter, intermingled with unexpected friendships and romance.

4.3 out of 5 stars
4.3 out of 5
6 global ratings
How are ratings calculated?
To calculate the overall star rating and percentage breakdown by star, we don’t use a simple average. Instead, our system considers things like how recent a review is and if the reviewer bought the item on Amazon. It also analyses reviews to verify trustworthiness.

Mfdigby
5.0 out of 5 stars Bravo Deni-se
Reviewed in the United Kingdom on 23 January 2017
Verified Purchase
I thoroughly enjoyed reading this book. The descriptions of southern Bavaria (and the nuances of Bavarian life) in the early 70s are just as I recall it from my own travels there. And the authors experiences - hilarious. What a fun book to read.
Read more
Helpful
Comment Report abuse

Mike.M
4.0 out of 5 stars Working in Oberbayern.
Reviewed in the United Kingdom on 26 December 2015
As a Man of Kent who has moved to Bavaria, now looking at the Alps as I write this review, I felt an affiliation to Mrs Barnes. My last home was only four miles from Royal Tunbridge Wells... I now live on the other side of the Wendelstein to Bayrischzell but recognise much of what she writes about the Bavarians and Bavaria. I found the first part of her book the most interesting, this is where she writes of her experiences as a Vegetarian Cook in Bavaria, this seemed to me as likely to be popular as a Bible seller in Saudi Arabia, but then she was working in a Wellness Hotel and I could almost be persuaded to give up meat myself! After reading the book I looked up Tannerhof in Bayrischzell which I intend to visit.
Read more

J. Bowman
4.0 out of 5 stars An entertaining account of living and working in early 70s Bavaria
Reviewed in the United Kingdom on 12 December 2009
It's not an uncommon occurrence for people to go on a holiday, to spend a year abroad, or to participate in some other quasi-adventure and say "one day I'll write a book about it." Almost invariably though they'll bore you with their story and their photographs but never get around to writing the book. Denise Barnes has however proved that there are exceptions to this rule and has actually got around to writing about her own experience. On the face if it though, the memoir of an estate agent from Tunbridge Wells who worked in a health resort in early-70's Bavaria doesn't sound too promising. Given this scenario, there seemed little chance of the author hopping over the Berlin Wall to defect to the East or spending some time hanging out with the Baader-Meinhof Gang whilst listening to the latest Krautrock releases. However, in some ways Denise was more subversive than that, by not only being a regular reader of the 'The Lady' but also being a vegetarian in the land of the sausage that the book title refers to. So, what we actually have here is an entertaining account of the English Girl Abroad, someone who took the plunge to work in a German health spa, without much idea as to why she was doing it or what she was letting herself in for, but somehow she finds herself along the way. Denise bares all (both literally and metaphorically) as she discovers that Germany, and Bavaria in particular, have their own strange charms. By focussing on the people she meets and her immediate surroundings, Denise has produced the type of travel book I like, one which describes low-key personal interaction, rather than a pretentious grand tour, and this does allow a appealing sense of people and place to emerge. When it comes to autobiographical travel writing, Denise doesn't have the cool, cynical detachment of say Bruce Chatwin but she does have the warmth of Bill Bryson with a touch a Bridget Jones to add an element of girly fun. In the end nothing really amazing happens, and her subsequent return to the Bavarian resort on holiday lacks the sparkle of her initial description of living and working there as newcomer. Having said that though, I thought the book was well written and enjoyable enough to make me consider visiting Bavaria or maybe even to start writing up my own year abroad adventure, but that's another story!
Read more
Helpful
Comment Report abuse

Gary Nicklin
3.0 out of 5 stars From Tunbridge to Tannerhof
Reviewed in the United Kingdom on 13 June 2008
Being a vegetarian from Tunbridge Wells who has used the author's estate agency chain and being married to someone who regularly works in Bavaria, I felt a bit of affinity for this book.

It's an easy, fairly light read and will bring the odd smile to your face as you make your way through it. Denise Barnes' characterisations are very good and bring the people to life as she recounts her experiences of working in a German Health Farm in the seventies.

I enjoyed it and my only criticism is the last few chapters, when she returned to the health farm to finish the book, which feel a bit rushed.

Claire O'Neill
4.0 out of 5 stars Nurse to Wurst
Reviewed in the United Kingdom on 13 October 2012
I was given the book as a present by the writer as I had looked after one of her family members in hospital. I was thrilled to have been given such a present, which made a nice change from the usual calorific chocolates that nurses generally recieve (if we are lucky!), and I had planned to buy the book anyway after hearing about it from Denise Barne's relative.

The book did not dissapoint me, I am 27, the age the writer was when she goes to Germany, so I found myself having a hint of jealously when I read it wishing it was me who was working at the health farm. Further I felt i could relate to most of her thoughts and opinions on life. It gives you a real chance to feel like you get to know the author and what type of person they are. I think anyone, of any age, who has an interest in travelling and doing something 'a bit different' would like this book.
Read more
Helpful
Comment Report abuse
See all reviews
Unlimited One-Day Delivery and more
Prime members enjoy fast & free shipping, unlimited streaming of movies and TV shows with Prime Video and many more exclusive benefits.
> Get Started